Specialized Russian ship crews are preparing to recover debris and components containing nuclear materials in the Barents Sea after a new kind of Russian nuclear-powered cruise missile crashed following a flight-test last November, according to a report published this week by CNBC. The test took place at a launch site in Novaya Zemlya, away from the Russian mainland, and the missile flew for some 35 kilometers.

In November 2017, Russia carried out the only flight-test of the Burevestnik nuclear-powered cruise missile that the U.S. intelligence community assessed as a partial success. The missile still crashed after a flight time of just more than two minutes, but a Defense Intelligence Agency (DIA) assessment described to The Diplomat by a U.S. government source noted that the November flight test was the only one to successfully use all components of the missile. The U.S. intelligence community internally calls the missile the KY30.

It is unclear if the crashed missile poses any kind of environmental threat from nuclear contamination, but the DIA assessment implies that the missile’s on-board reactor may have activated successfully. While Russia has been explicit about the use of nuclear materials in the propulsion system for the KY30, the specific design of the missile is unclear.

Additionally, the November 2017 test was not the sole test of the KY30. U.S. intelligence agencies began tracking tests of the missile in June 2016 and the last known test of the missile occurred on February 26, 2018, days before it was publicly revealed. Total, the KY30 has been flight-tested 12 times, with the only one partially successful test in November 2017.

In a speech unveiling a suite of new missile systems before the Russian Federal Assembly in March 2018, Russian President Vladimir Putin noted that “In late 2017, Russia successfully launched its latest nuclear-powered missile at the Central training ground.” He continued that “during its flight, the nuclear-powered engine reached its design capacity and provided the necessary propulsion.” He additionally claimed that the missile’s range was “unlimited” and that it could “maneuver for as long as necessary.”

The Pankovo Launch Site and the Recovery Effort

As the Russian recovery attempt gears up, open source imagery analysts at the James Martin Center for Nonproliferation Studies have been able to piece together an account of some of the KY30’s testing. Using a few seconds of video footage shown of the missile’s launch during Putin’s March speech, Jeffrey Lewis, director of the East Asia program at the Center for Nonproliferation Studies (CNS), was able to geolocate the launch site to a site known as Pank’ovo on Yuzhny Island at Novaya Zemlya, one of the Soviet Union’s observation sites for atmospheric and underground nuclear tests further north during the Cold War. 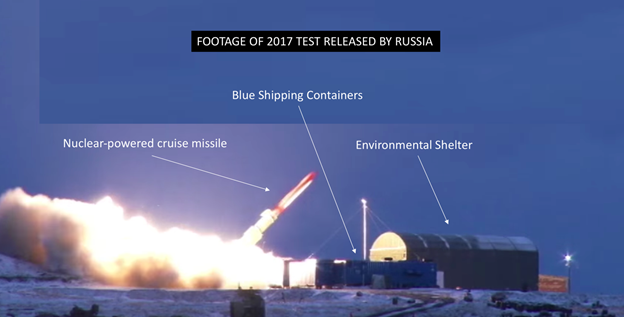 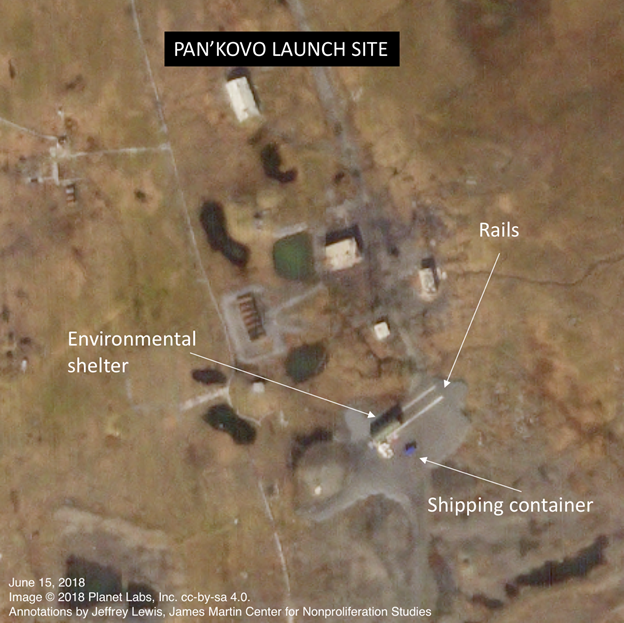 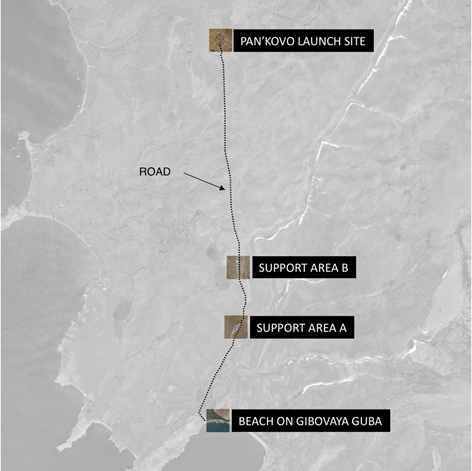 Using daily imagery provided by Planet Labs Inc., Lewis and his team were able to additionally spot ships north-northwest of Pankovo, in the Barents Sea. Based on the video shown in March, it is likely that Russia launched the missile in a northwesterly direction, with the intention of impacting a target site on Severny Island, the large northern island of the Novaya Zemlya archipelago. 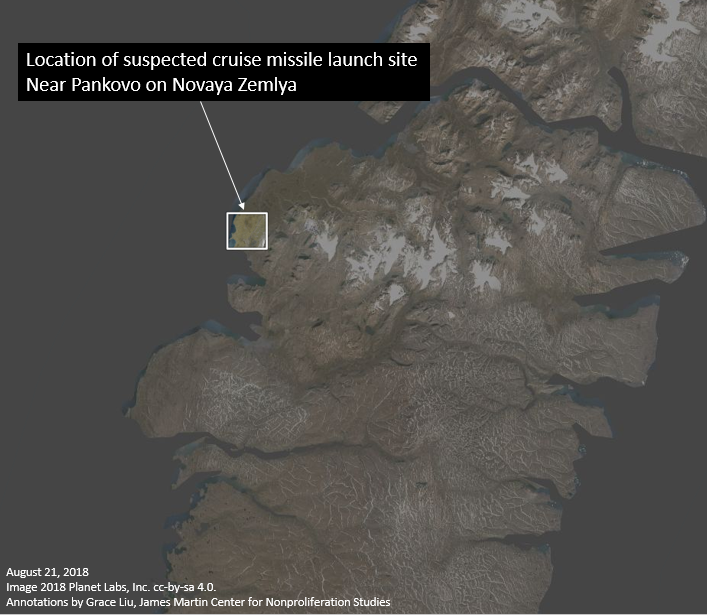 The ships, which were tracked and analyzed by Shea Cotton and Michael Duitsman, both researchers at CNS, were near this area, but do not appear to yet have started a recovery operation. One of the ships is likely the Serebryanka, a specialized nuclear fuel carrier vessel that has recently been homeported at Murmansk, a city off the Barents Sea in northwestern Russia.

“By monitoring ship-tracking databases, we identified several vessels with certain capabilities (namely, ships that are known to carry nuclear fuel or carriers capable of delivering a cruise missile) that were present around the key areas we identified around the time of the suspected missile launches,” Grace Liu, a research associate at CNS, told The Diplomat. “One such ship is a large carrier that we suspect was used to deliver the cruise missile to the launch site.”

The recovery effort may begin later this month, once the wreckage of the missile is located.

Russia has become the only country in the world to deploy hypersonic weapons, according to the Russian president.

Russia has little rationale for sending warplanes close to Taiwan, Japan, and South Korea – aside from appeasing China.

The test is the thirteenth to date to involve the experimental Burevestnik.

The Kalibr-M will be deployed on Russian warships and submarines when developed.