In January 2018 we published two articles about transportation projects in Ethiopia, a key manifestation of China’s Africa policy in the country: the first modern light railway (tram) system of sub-Saharan Africa in the capital, Addis Ababa, and the Addis–Djibouti railway connecting the landlocked country to the maritime trade routes of the Gulf of Aden and the Red Sea. Exactly a year later we have visited these sites and projects again, to be able to come to some concluding considerations.

Our opening lines last year about the Light Railway system in Addis were about the uniqueness of the project in sub-Saharan Africa – probably the reason why Addis officials decided to implement the project from Chinese money with Chinese companies. On the surface nothing has changed with the two lines (the green East–West and the blue North–South), but underneath there are a few things worth mentioning.

The tickets still cost two to six birrs ($0.08 to $0.20) depending on the distance of the trip, but ticket control is still missing. A lot of people seemed to buy tickets, but nowhere were they asked to present them. Policemen were interested in bags and clothes and water bottles; it is not allowed to take bottled liquids with you on board. During this check you can even be asked whether or not you are carrying a bomb in your bag – something that happened to us on one of our rides. In 2016 the company planned to introduce an e-ticketing system, to help boost ticket incomes, but the system is still not working. The company has even asked for a 1.5 million birr subsidy to cover administration cost and to purchase spare parts. 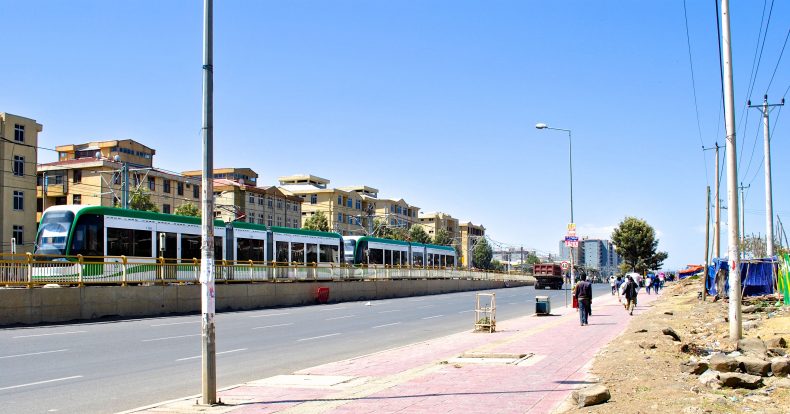 The final cost of the railway was $475 million, 85 percent of which was covered by a substantial concessional loan from Exim Bank. The project is unable to finance paying it back – and probably public transport should not even be considered as an income generating sector; subsidies happen also in the Western world.

The cars are still crowded; nearly half of the trains are not available for service; and the timetable is still accidental. But deep underneath something has changed: people have grown used to it. When traveling with the light railway from one end to the other to observe what is going on, we could see locals expecting the service, even playing little games with smiles on their faces as to who can enter the car and find an empty seat at Ayat station where the green line flashes up. Some would say they were impatient, but the truth is that the system can be interrupted at various stations for unknown reasons for 5 to 20 minutes. Still, passengers are ready to wait for the light railway to continue its route. 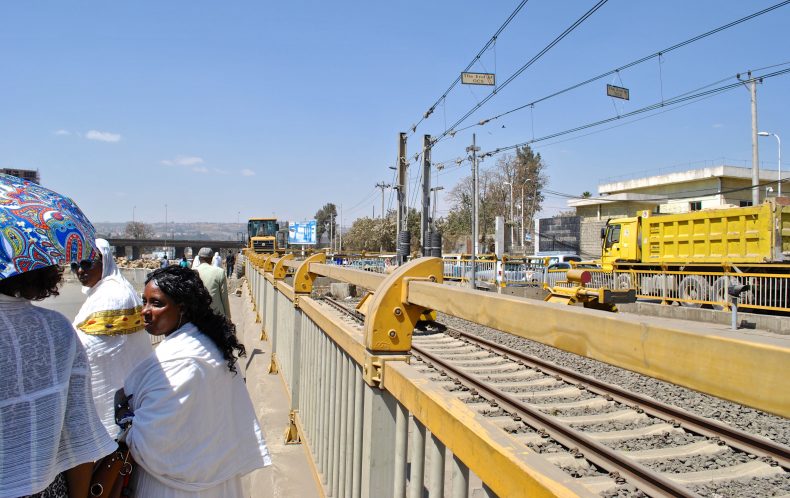 This urban rail has also started to attract investments close to the lines. Apartments, malls, businesses, and condos are being built, changing the landscape and revitalizing entire districts and helping small businesses, as well. This is not surprising, as such a major infrastructure project can frequently function as core or pole of development encouraging other sectors to boost.

The Addis light railway system is still not a success story, however. As we mentioned last year, strategic planning is essential in such cases, but African cities and megacities will have to find a solution to their growing challenges deriving from rapid urbanization. The Addis Ababa case can serve as an example of how such investments can change the outlook of a city, but also how, with insufficient planning, these projects can fail to meet expectations. 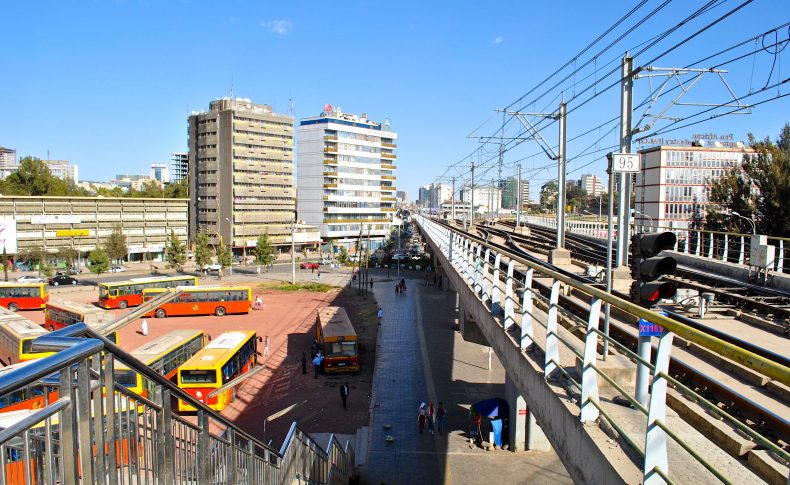 As for the Addis-Djibouti railway, in 2018 it was challenging to find the Furi Lebu railway station in the outskirts of the city, where there is no convincing infrastructure and dirt roads. This time we were prepared, but the circumstances awaiting us were another surprise: asphalt roads directly leading up to the station, roundabouts, new compounds, and small businesses in particular serving construction needs with locally made bricks, timber, and other building materials. While last year the station’s location resembled the “middle of nowhere,” this time it seemed to be the center of a new neighborhood, attracting an amazing number of construction projects. A parking lot was still missing, but already workers were preparing a site for it, so it seems that the project is still considered important for both sides. 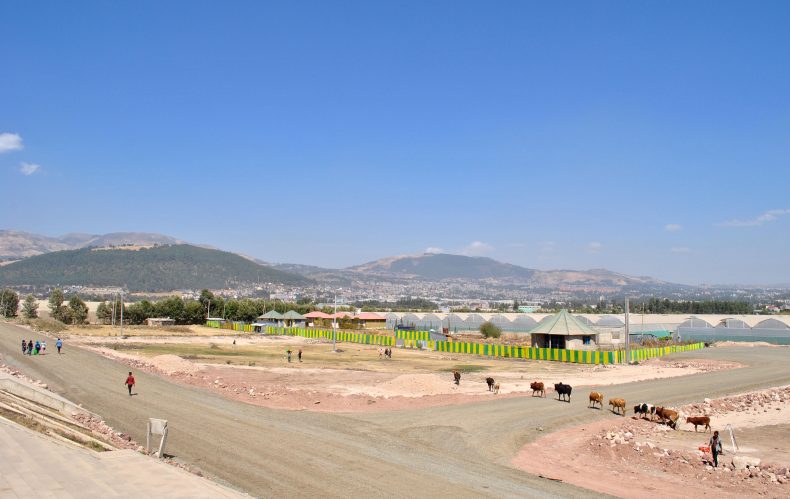 The two operating companies, a consortium of the China Railway Group (CREC) and the China Civil Engineering Construction Corporation (CRCC), are still responsible for operating and maintaining the line, together with the Ethiopian Railway Corporation (ERC). The passenger trains still leave for Djibouti every odd-numbered day, the price still comes with a 50 percent reduction for local citizens, and the timetable is still hectic. Also, Furi Lebu station was still more abandoned than any Western railway station we have seen, this time featuring closed doors with huge locks from the outside to the waiting hall. 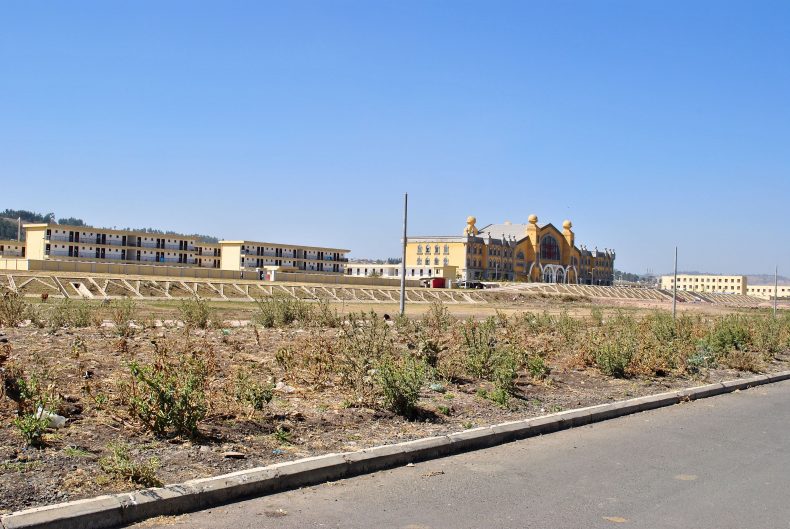 Still we had the feeling that Ethiopia believes in these projects and their hopes might come true – though definitely much slower than they had expected. We also need to add that we arrived at the station after a few days of suspended service, due to a blockade of the railway as well as the motorway in the Afar region by protesters – again, not helping the financial issues.

Finally, we have to talk about an increasingly alarming question: the loans given by China. How can the recipient countries make any such development projects profitable and what happens if they fail to repay the substantial sums provided by the Asian giant? Recently, both African and Chinese media covered the case of the Kenyan loan, reporting that both sides rejected the possibility of giving Mombasa port over to the Chinese in case Kenya’s government cannot repay the loan received for the Kenyan Railway. Such a denial was necessary after China gained control over Hambantota port in Sri Lanka for 99 years for the very same financial reasons.

This is where we have an alarming point: neither the Light Railway nor the passenger trains to Djibouti will not be able to generate the desired income. The only hope of Ethiopians for profiting from these expensive projects should be the increased trade coming with the freight trains. Yet in our piece last year we criticized the project for failing to build trunk lines to industrial zones, dry ports, and depots. There is still no news about the actual economic relevance of the railway, and officials seemed to refuse to talk about actual numbers. 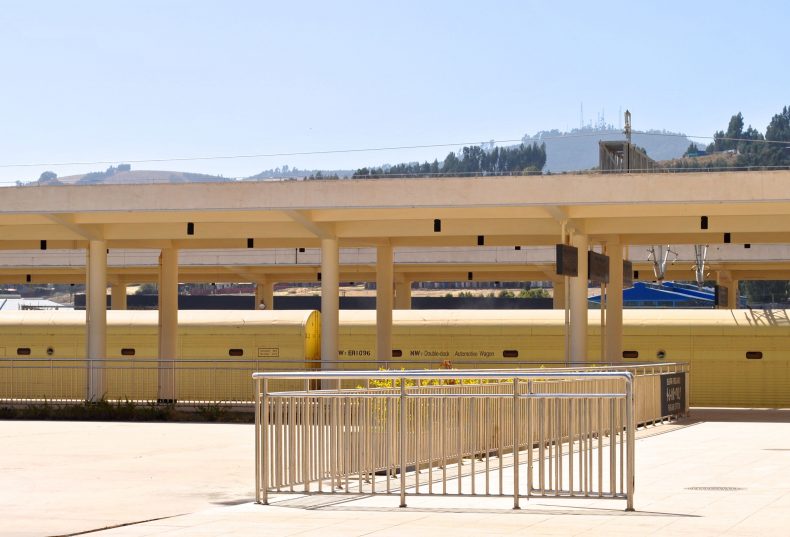 Endalkachew Sime, the secretary general of the Ethiopian Chamber of Commerce, told China’s state-owned television network CGTN [all sic]: “If you remove the variables, the fast-growing domestic demand with the price frictions that the market is facing. If you factor out these specific variables from the contribution of the railway, in contributing to the price reduction, contribution to the market, it is very significant.” CGTN adds, “Ethiopia relies on the Djibouti port for more than 90 percent [in 2018 it was around 95 percent] of its imports and exports. A journey that used to take the traders three days has been reduced to less than one. The cost of transporting cargo is $0.051 per ton for a kilometer distance.”

Given the lack of actual numbers (and there still are power shortages) we can only guess about the trade on railways, on the other hand we yet again need to mention: it can boost trade between the countries of the region, help Ethiopian entrepreneurs and companies to export their goods faster and cheaper, and help Ethiopian citizens as well receive products in a cheaper way. One thing was quite clear at Furi Lebu station next to Addis: companies had arrived, settled down, and erected depots and possible storage facilities, even smaller units just next to the station. All these are signs of ongoing trade processes. 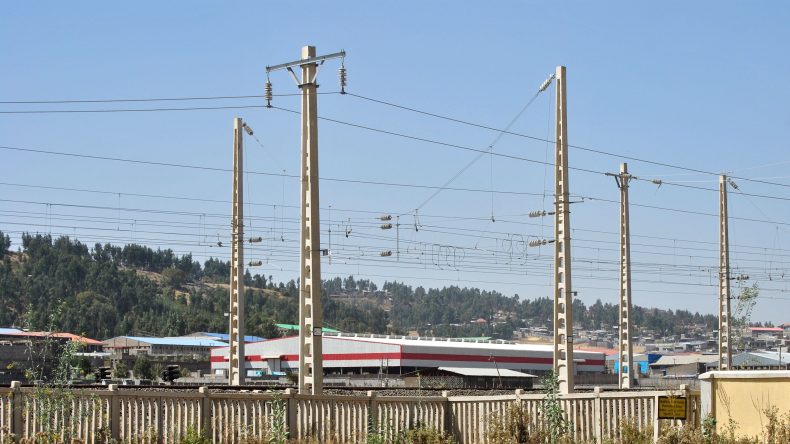 The situation is still not set for a happy end, though, in 2019. According to an Ethiopian statement, China extended the debt repayment period for Ethiopia from 10 to 30 years – possibly because of the fact that the government failed to start paying back those loans from China. This will be the worrisome issue for the coming years.

As an ODI report from November 2018 already underscored, external debt is on the rise, together with an also increasing risk of future debt distress across sub-Saharan countries. Although it is much too early to proclaim an era of the “new debt crisis” for Africa, to date the public debt burden has been increasing in the continent. China has strengthened its position as one of the leading bilateral creditors and keeps investing massively in a vast number of African countries. At the least, African governments need to be more cautious with their large-scale projects and figure out how they will be able to finance them in the long run, and plan more rigorously how the projects can generate sufficient returns. 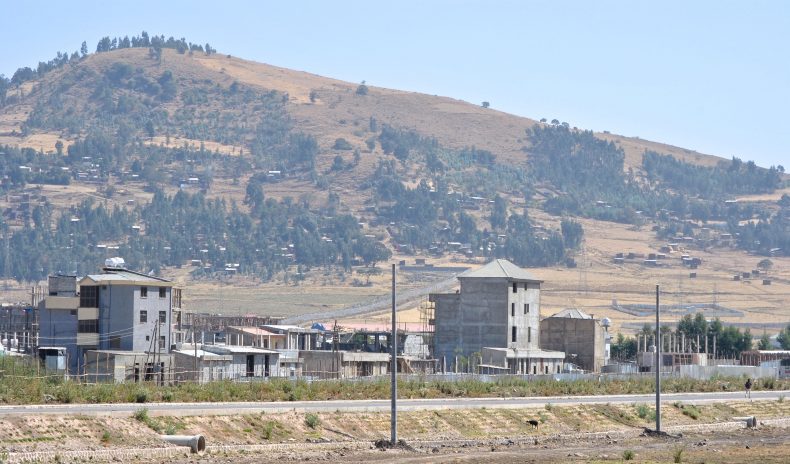 Houses being built in the vicinity of the railway station. Photo by Istvan Tarrosy.

Is China Undermining Its Own Success in Africa?

Negative interactions with Chinese companies and individuals are hurting the country’s image in many African countries.

As with the light railway, the reality of the Ethiopia-Djibouti link is dashing high hopes.

Time is ticking to repay Ethiopia's light rail debt, which is not going to be easy without making sufficient profit.