The eighth edition of the joint India-China military training exercise Hand-in-Hand 2019 has drawn to a close in the Indian state of Meghalaya in the Northeast.

Held at the Joint Training Node at Umroi Military Station, the exercise between the two neighbors was aimed at engaging infantry units in joint drills for counter-terrorism operations in semi-urban terrain and Humanitarian and Disaster Relief (HADR) operations under a United Nations mandate.

The exercise which was held December 7-20 included firing from one another’s weapons, conduct of tactical lectures and demonstrations on various aspects of counterterrorism operations by both contingents. The module also included physical training activities, battle obstacle courses and games, special heliborne operations and case studies of various operations carried out in counterterror environment. Close to 250 military personnel participated in the exercise that lasted for two weeks. 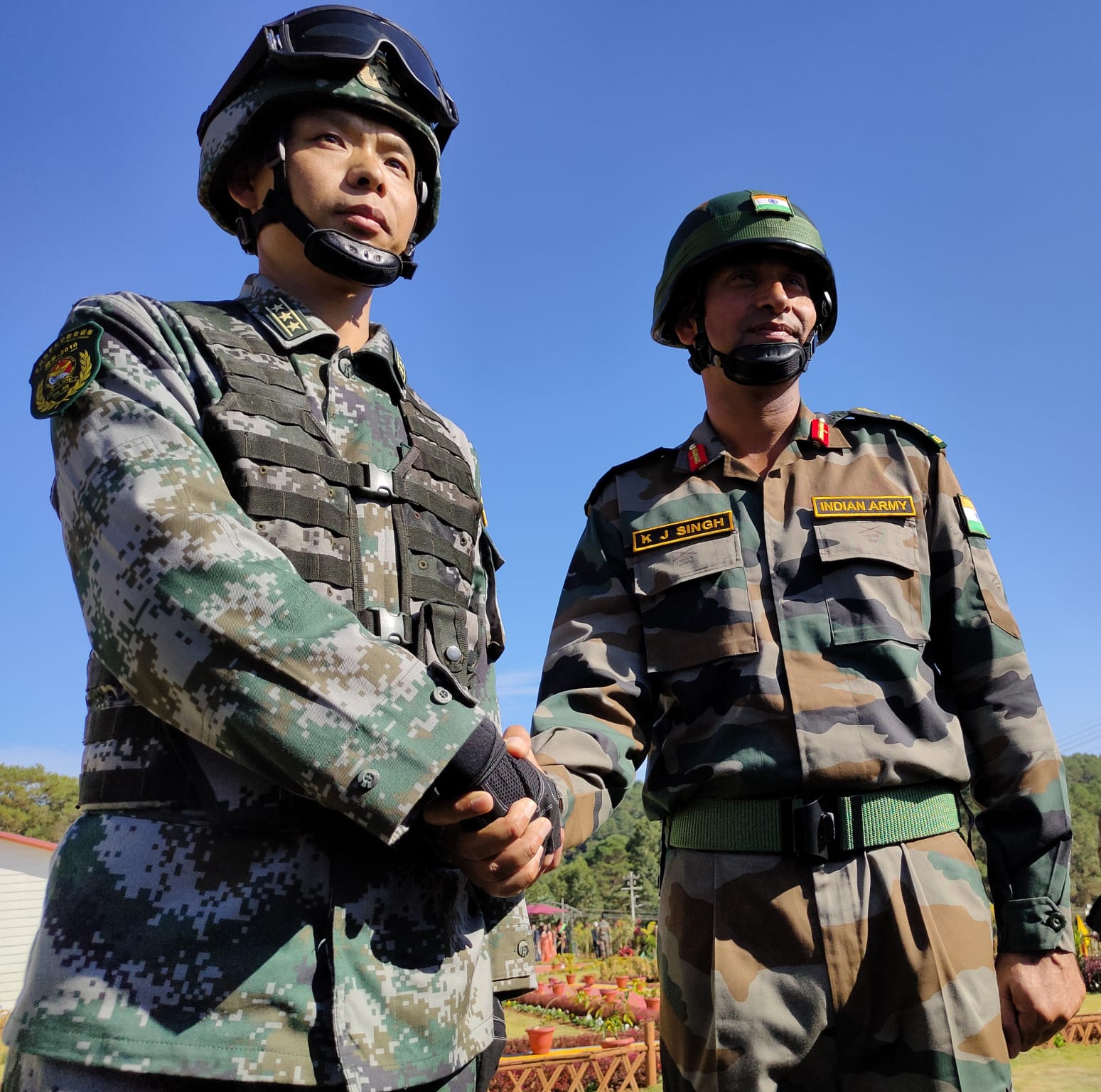 The two contingent commanders – Colonel Hu Chunguan from Tibet’s Military Command and Colonel K J Singh of the Indian Army – at Umroi Military Station before the start of the exercise. Photo courtesy of a special arrangement.

The joint India-China military exercise began in 2007, but remained shelved for five years until it was resumed in 2013. Previous iterations were held in Yunnan, Belgaum, Sichuan and Pune.

Rajeev Bhattacharyya is a senior journalist in Assam, India.

Stalemate in the Himalayas: India-China Relations in 2020

The two sides remain mired in a standoff with a final agreement still remote.

Did China Create New Facts on the Ground Along the LAC With India?

Sometime in 2020, China began building a village in territory disputed with India.

The Shifting Nature of India-China Relations

Manoj Kewalramani joins the show to discuss Indian views of China and the bilateral relationship between the two countries.