MUMBAI — Protests persist in India months after the government passed a new citizenship law. The law has been challenged in the streets as discriminating against Muslims by allowing immigrants of every major South Asian religion but Islam to seek asylum in the country. In defense of secularism, millions have waved copies of the Indian Constitution, raised posters of Mahatma Gandhi, and held up other symbols of country’s successful struggle against colonial oppression.

“We only implemented what the great freedom fighters had wished to do. We have done Gandhiji’s bidding,” he said, using the Hindi suffix for respect.

In October 2019, India celebrated the 150th anniversary of the birth of the “father of the nation.”

Modi’s mention of Mohandas Karamchand Gandhi occurred only days before January 30. On that date in 1948, the pioneer of nonviolent resistance was shot dead in broad daylight by Nathuram Godse, a Hindu fanatic and member of Rashtriya Swayamsevak Sangh (RSS), a religious right-wing group that later nurtured Modi and 38 out of his 53 ministers.

RSS and likeminded groups have longed for a Hindu nation since India’s independence and critics say that the current ruling party works toward that goal. After its landslide re-election in 2019, Modi’s Bharatiya Janata Party (BJP) crushed the rights of Kashmir — the Muslim-majority region isolated since the abrogation of its autonomy last August — and championed a court order allowing a Hindu temple to be built on the site of a centuries-old mosque that was demolished in 1992 by a mob reportedly led by RSS-BJP and their associates.

A civil rights advocate and founder of the first mass struggle by peaceful means in the world’s history, Gandhi was also a strong supporter of global religious pluralism. He rejected the partition of the subcontinent led by the ambition of Indian Muslims eager to create their own nation: Pakistan. “What’s there to celebrate? This vivisection of the Mother,” he wrote as India proclaimed its independence. But his opposition to the notion of statehood on the grounds of faith also gained him the animosity of Hindu nationalists.

The misappropriation of Gandhi by India’s current political establishment, critics say, is just the latest stage of an ideological strategy that started with his defamation and ultimately aims to rewrite India’s history. 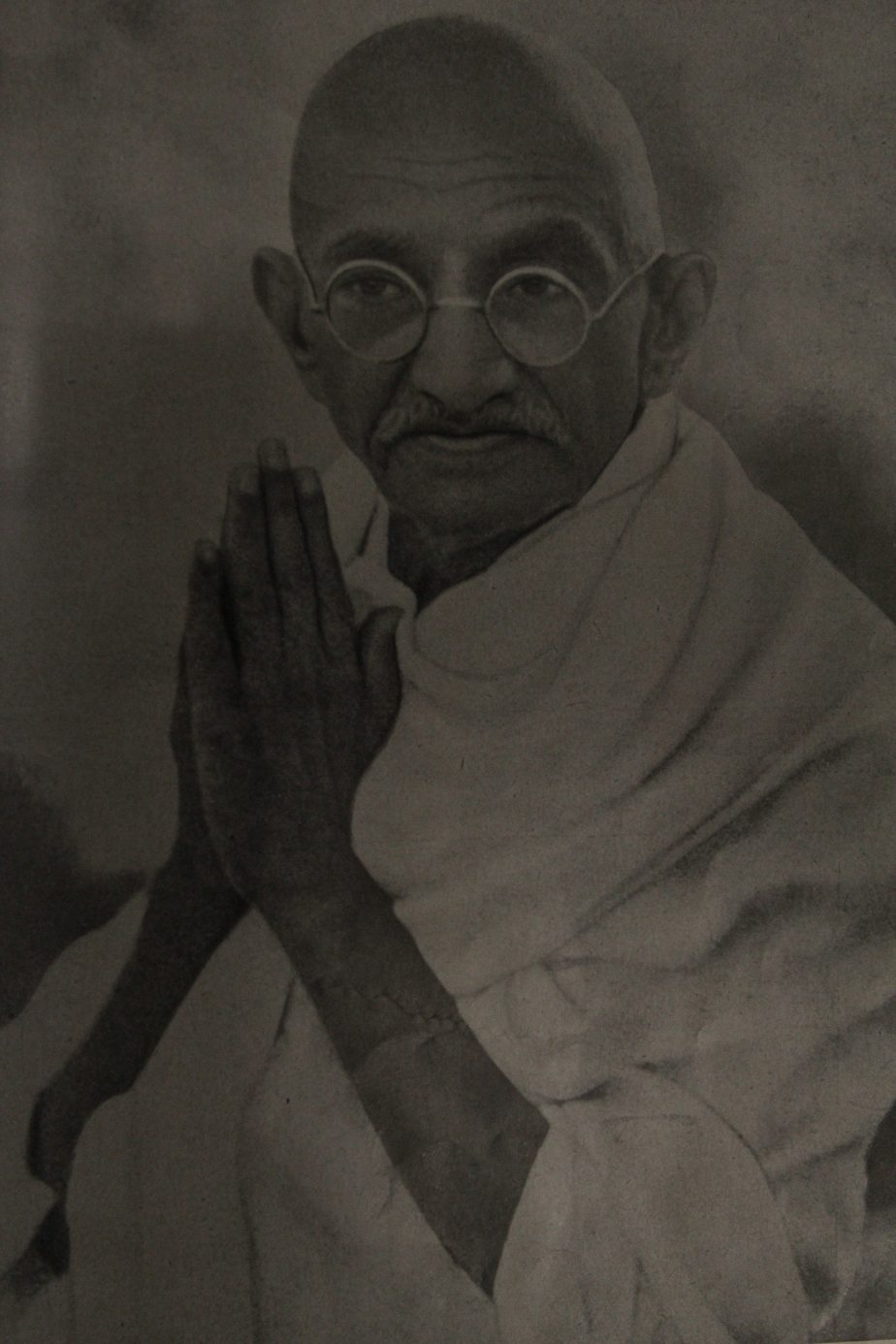 Photo of Mahatma Gandhi, from the National Gandhi Museum in Delhi.

A year after Gandhi’s assassination, RSS members Godse and co-conspirator Narayan Apte were hanged for the crime. The release of the remaining culprits prompted an investigation. In 1969, the Kanpur Commission determined that Vinayak Damodar Savarkar, leader of Hindu Mahasabha — a group to which the conspirators belonged — masterminded the assassination. Acquitted in the first murder trial despite his links with the killing squad, the ideologue of supremacist Hindu nationalism (Hindutva) was found guilty posthumously according to the testimony of two of his close aides.

Modi’s party, the BJP, is the political heir of Hindutva, and it has tried to whitewash Savarkar’s involvement in the killing of Gandhi. Last year, current Home Minister and former RSS member Amit Shah requested historians rewrite history by crediting Savarkar for his role in the country’s struggle for independence. Days before Shah’s request, the BJP unit in the state of Maharashtra announced that it would propose India’s highest civilian award be given to Savarkar.

Backed by this revisionism, the audacity of Hindu radicals goes as far as to glorify the man who pulled the trigger. Since the BJP rose to power in 2014, Hindu Mahasabha has asked to build a bust of Godse and a temple for Hindutva zealots to worship Gandhi’s assassin on their “Bravery Day,” January 30th. On that date, last year, a video surfaced wherein the group’s national secretary was shooting an effigy of Gandhi amid loud cheers.

High-profile BJP officials openly support Gandhi’s assassin while India’s ruling party turns a blind eye to acts that glorify terrorism. Arrested in connection with a deadly mosque blast in 2008, Pragya S. Thakur repeatedly calls Godse a patriot. Modi’s government not only dropped terrorist charges against her, but she was elected to parliament in 2019. This month, parliamentarian and Godse follower A. K. Hegde claimed that the freedom struggle led by Gandhi’s satyagraha (force of truth) was staged with British consent.

As Hindu nationalist politicians defame the legacy of Gandhi, others attempt to alter history by legal means. In 2018, Savarkar fanatic Pankaj Phadnis sought to reopen the murder case in the Supreme Court of India, claiming a conspiracy. Phadnis wants to amend “adverse, unfounded” remarks that “maligned” the image of the founder of Hindutva. “The ideology behind the assassination systematically campaigns to justify the murder,” argues Gandhi’s great-grandson, Tushar Gandhi, who wrote a book titled Let’s Kill Gandhi to counter these rumors. 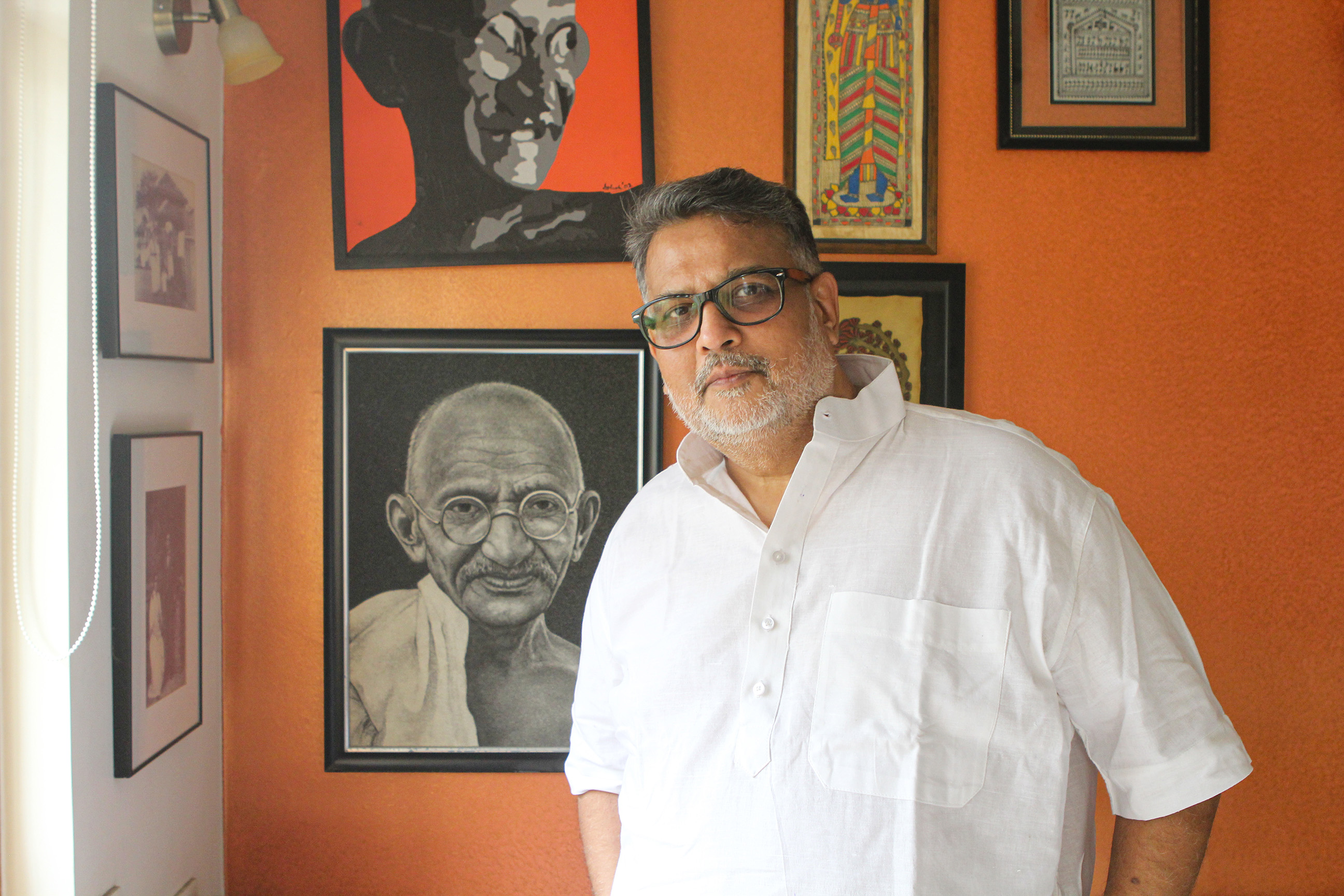 Tushar Gandhi, great-grandson of Mahatma Gandhi, at his house in Mumbai.

But lies may ultimately outrace the truth if they are systematically fed to India’s new generations. Late last year, the department of education in the eastern state of Odisha published a booklet reportedly stating that “Gandhi died because of an accidental sequence of events.” A month earlier, media also exposed a school in the western state of Gujarat wherein 15-year-old children were asked how “Gandhi committed suicide” as part of an exam.

As denounced by the editor of the Hindustan Times in 2001, the “Talibanization of education” started long ago. The book RSS, School Texts and the Murder of Mahatma Gandhi reports that Hindutva is instilled not only in shakhas (Hindu theological schools), but also in the curriculum of public schools despite complaints from autonomous bodies like the National Council of Educational Research and Training (NCERT) or the Indian Councils for Social Science and Historical Research (ICSSR and ICHR).

“BJP and RSS leaders are dismantling public liberal education in the same fascist fashion that Nazi Germans did with Frankfurt University and their academia in the ’30s,” claims Aditya Mukherjee, a professor of contemporary Indian history at Jawaharlal Nehru University (JNU) and author of the abovementioned book. Mukherjee argues that polluting the legacy of Gandhi was the cornerstone of Hindutva ideologues: “Gandhi’s secularism was the main obstacle to their objective: turning India into a Hindu Rashtra [Nation] by rewriting our history.” But not the only one.

Founded on cultural supremacy, Hindutva also needs to assert the religious absolutism of the Hindu ethnicity over the rest of the country’s multifaceted cultural identities. In 2018, an investigative report uncovered that the government of India appointed a committee to prove that Hindus are descended from the first inhabitants of the subcontinent and, eventually, make the case that ancient Hindu scriptures are fact, not myths.

Until then, policies pave the way to reshape India’s heritage so that the Hindu identity alienates the diversity of the subcontinent. Since 2014, the BJP has renamed countless public spaces with those of Hindutva ideologues or characters from Hindu mythology, replacing original titles in Urdu, one of India’s official languages. Urdu is also the mother tongue spoken by many of the nearly 200 million Indian Muslims who are protesting against the discriminatory government policies.

As the country’s Mughal legacy imprinted in Indian cities, streets and airports is being erased, its cultural heritage is also being wiped out. Two years ago, the Taj Mahal failed to feature in the tourism booklet issued by Uttar Pradesh, the state in which it stands. A UNESCO world heritage site and arguably India’s most iconic monument — which attracts more than 6 million tourists each year — this masterpiece is also a Muslim Mughal mausoleum and has been disregarded by the chief minister of the state, Yogi Adityanath, as alien to Indian culture.

A Hindu monk known for his anti-Muslim bigotry, BJP leader Adityanath epitomizes the core of Hindutva. Following the line of argument that led to the 1992 demolition of the Babri Masjid, he has claimed that the Taj Mahal was a Hindu temple, too. During his tenure, Uttar Pradesh has been at the forefront of efforts to rename public spaces and dispose of India’s multifaceted and multicultural legacy, following the trend of  re-writing India’s history.

Last December, Uttar Pradesh also became the only region, so far, that has received a proposal to rename a district after Nathuram Godse, the Hindu terrorist who killed Mahatma Gandhi, the first Indian leader who gave his life in the name of religious harmony in modern India. 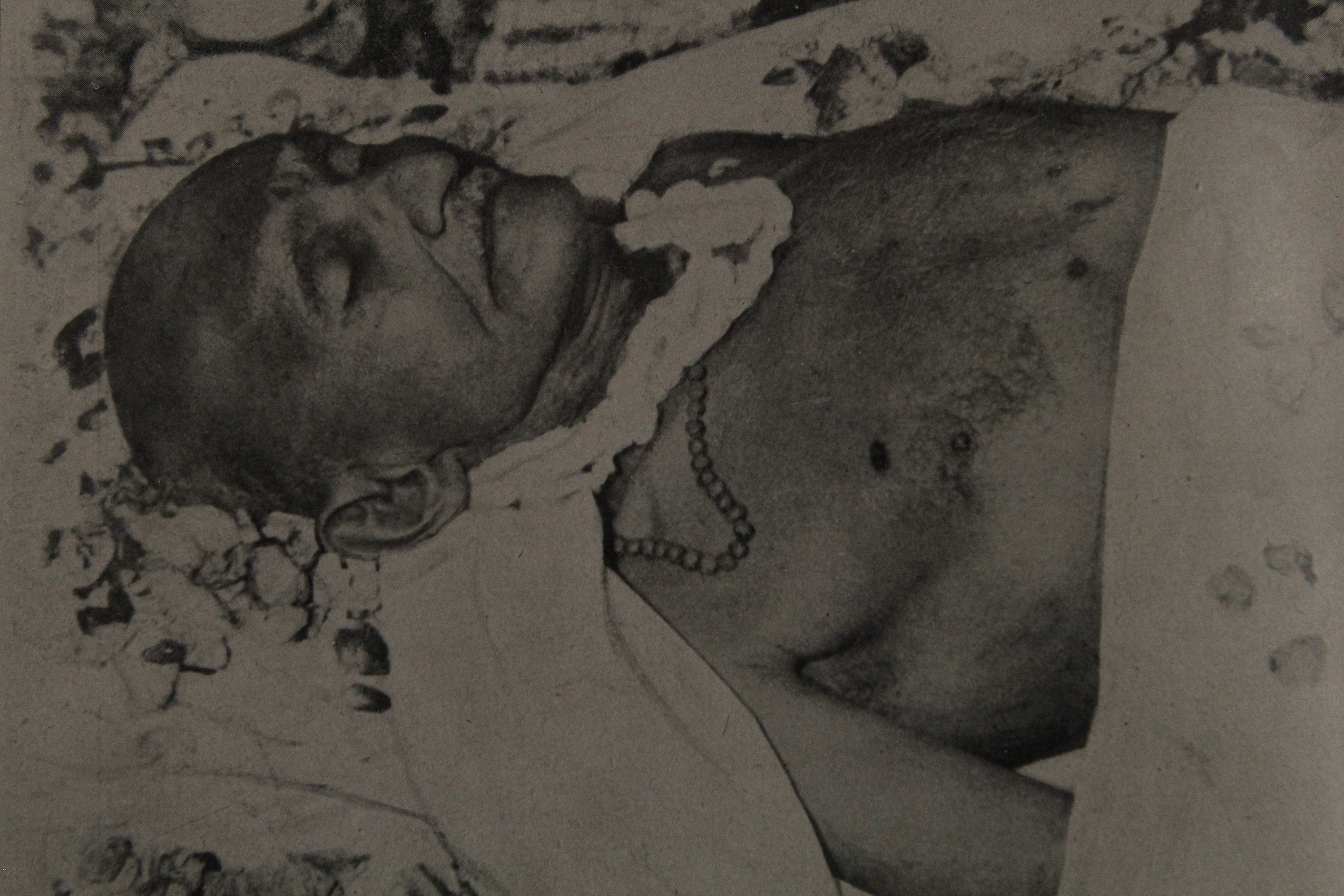 Photo of Mahatma Gandhi in his deathbed, from the National Gandhi Museum in Delhi.

Angel L. Martínez Cantera is a Spanish freelance photojournalist based in Asia since 2013. He has an MA in international politics from City University of London (UK) and specializes in human rights and development.

20 years after anti-Muslim violence in Gujarat, the victims are still haunted by their memories – and the parallels they see today.

Free Indian Movies From the Censors

Indian movies, the artistic escape of a billion people, are controlled by the government cheerleaders and dour moralists of the Censor Board.

The 2022 elections in UP may indicate whether the BJP’s popularity has been dented in any way by the pandemic.

What Does International Law Say About China’s Spy Balloon and the US Response?

The incursion of the Chinese balloon tested the bounds of international law.

The Pakistan Telecommunication Authority says it blocked Wikipedia because a 48-hour deadline to remove content  it said was blasphemous was ignored.

Ranil Wickremesinghe appears to be using the promise of power-sharing as a political tool to secure himself in power.

By Jon Gambrell and Munir Ahmed

He ruled Pakistan through the first six years of the US military operations in Afghanistan, tensions with India, a nuclear proliferation scandal and mounting Islamic extremism at home.