In mid-July, each year, up to 1,000 racing horses, decked out in their traditional finery; exactly 512 wresters, dressed in the style of their ancestors from nearly a millennium ago; and archers, organized in teams of ten, wearing their national costume (deel); all converge on Mongolia’s capital, Ulaanbaatar, to celebrate Naadam, the traditional festival of the three sports. Much of the country’s population will turn out, in their finest Mongolian dress, many participating in performances of Mongolian throat singing or competing in a game of ankle bone shooting.

This year, however, for the first time in history, the competitions will be held without a live audience. With only just over 200 cases of coronavirus, all imported, and zero deaths, Mongolia has had tremendous success in their containment efforts, which the government has decided to extend to the Naadam Festival.

Dr. Chinburen Jigjidsuren, a special health advisor to the prime minister explained that “it would only take one infected person to undo all of that we have gained through these lockdowns.” 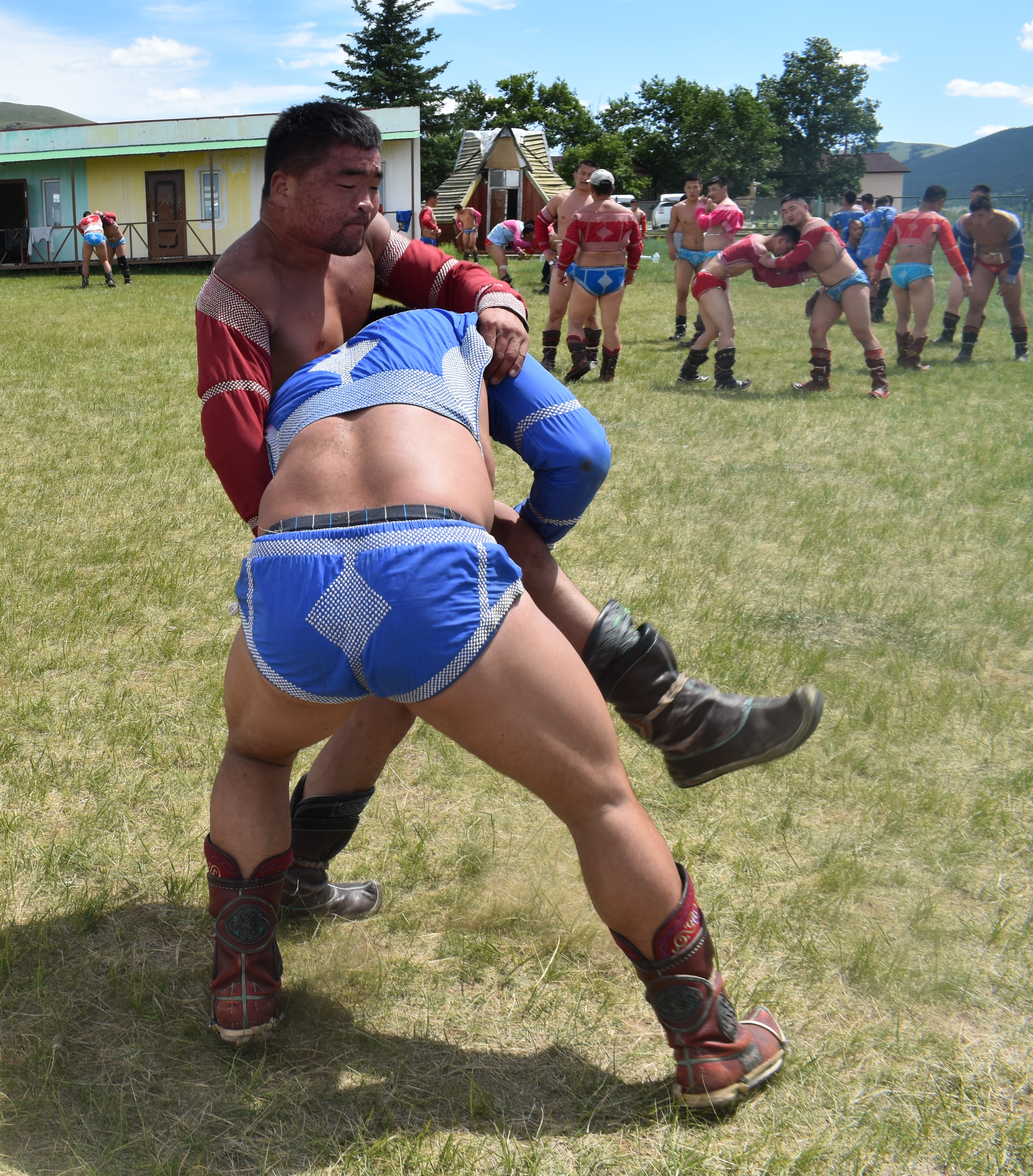 Wrestlers train for Naadam in a national wrestling camp out on the steppes. In the city, indoor training was cancelled for coronavirus from late January through the end of May. Photo by Antonio Graceffo.

The second largest festival and sports competition of the year is Mongolian New Year, Tsagaan Sar. It was completely cancelled back in February, for the first time in centuries. This was an understandably unpopular, but necessary decision, taken by the government, which Chinburen called “very brave.”

Munkhbaatar Baatar, a decorated Mongolian wrestler and academic, explained the significance of Tsagaan Sar “It’s the new year, so it is seen as a good start for the year.” Cancelling the celebration meant the new year was getting off on a bad foot. Meanwhile, for the athletes, it meant missing an opportunity to compete for a position in Naadam. “People usually say, whoever wins the Tsagaan Sar wrestling has a very good chance of going up the ranks in Naadam.”

This time, rather than subject the population to an outright cancellation of Naadam, the government has taken the creative decision of moving this ancient festival online. 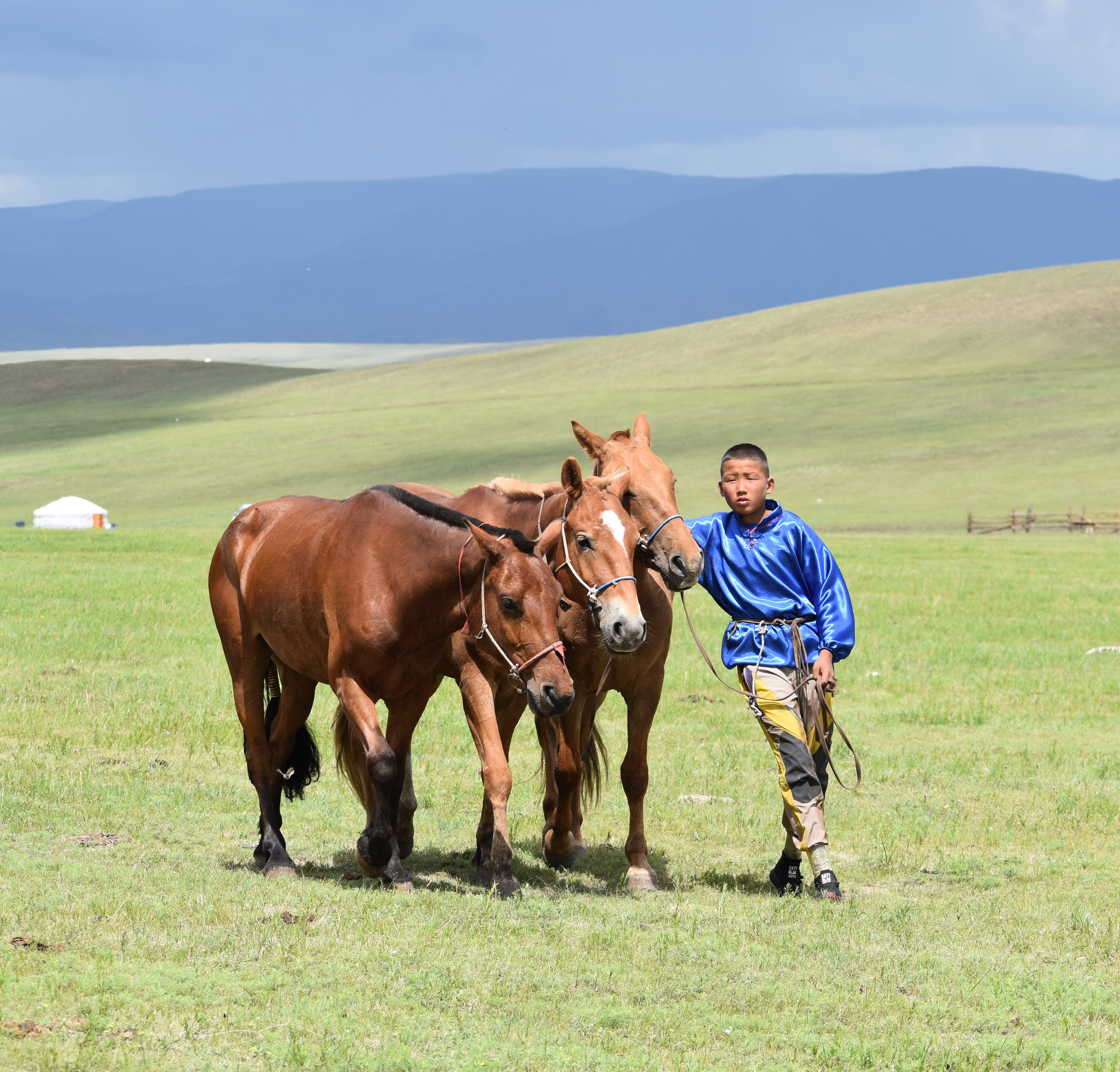 Horse race training out on the steppes, at Tuv Aimak (Central Province), for girls and boys 7- to 13-years-old. Photo by Antonio Graceffo.

Dr. Amarmend Punsang, principal researcher at the Mongolian Academy of Sciences’ Institute of History and Ethnology, explained that creative problem solving is the norm in a country where roughly 40 percent of the population are still living as nomadic herdsmen. “The daily lifestyle of the nomadic herder prepared them to be warriors and how to solve problems… In every sector you can see the Mongolian people always find the trick or the best way to succeed. We’re very logical.”

Competitions will be held as usual, with all of the athletes and organizers being tested for coronavirus, but the audience will have to watch at home, either through online livestreams or TV. The Naadam Grand Opening Concerts will be broadcast from different locations, so that the various bands and performers will not have to converge.

Sadly, the market stalls that normally set up around the Central Stadium and Khui Doloon Khudag Valley, the site of the horse racing, will have to be cancelled. 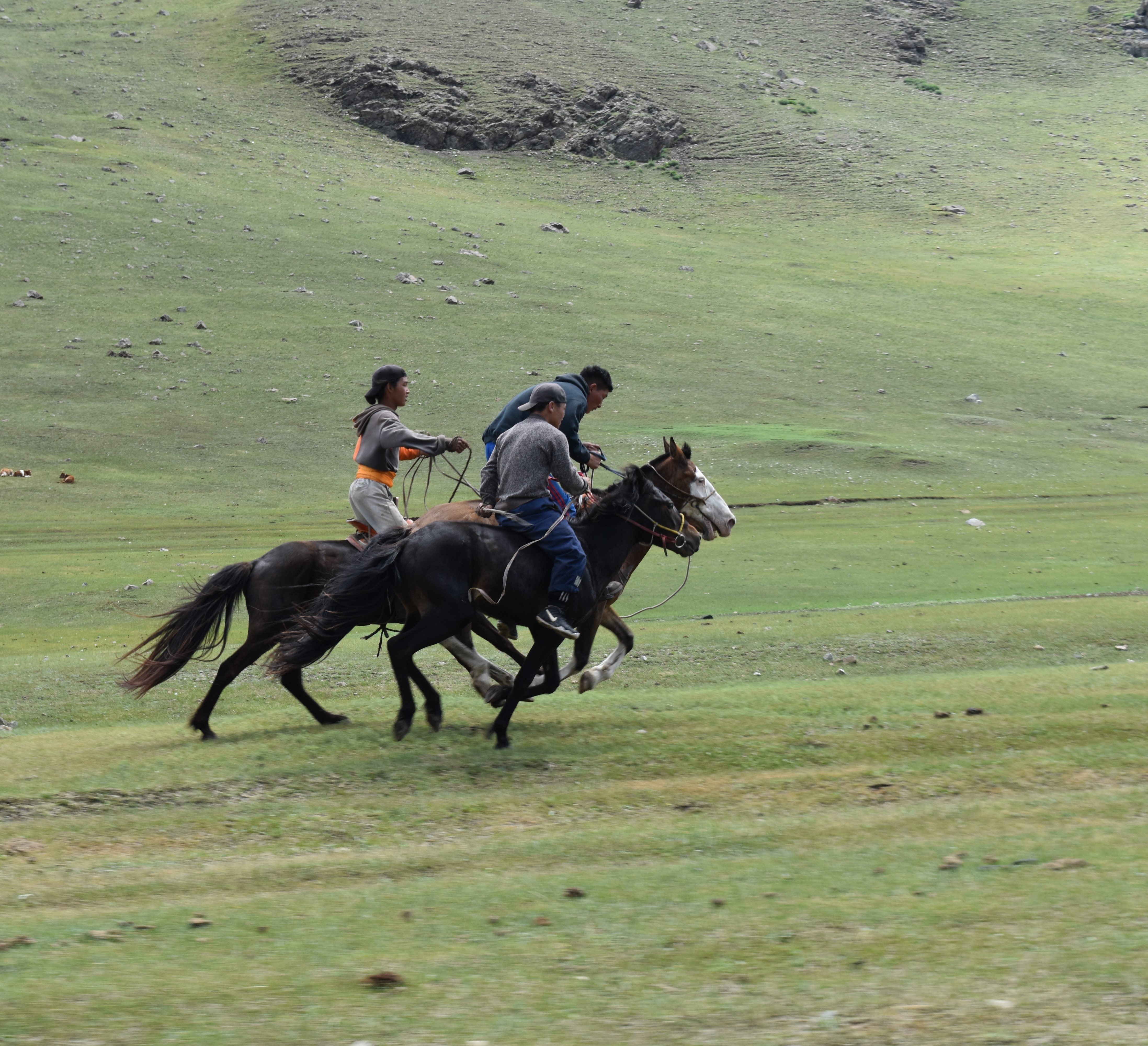 The first official Naadam was held in 1206, the Year of the Tiger, when Temujin, the man who the world would come to know as Genghis Khan, inaugurated the largest celebration that had ever taken place on the Mongolian steppes. According to Jack Weatherford, author of Genghis Khan and the Making of the Modern World, the Great Khan called together hundreds of thousands of soldiers, wrestlers, archers, horse racers, women, families, and camp followers for several days of celebration and sports competition. This year’s Naadam Festival commemorates the 2,229th anniversary of the foundation of the first Mongolian state, 814th anniversary of the founding of the Great Mongol Empire, and the 99th anniversary of the Mongolian People’s Revolution. 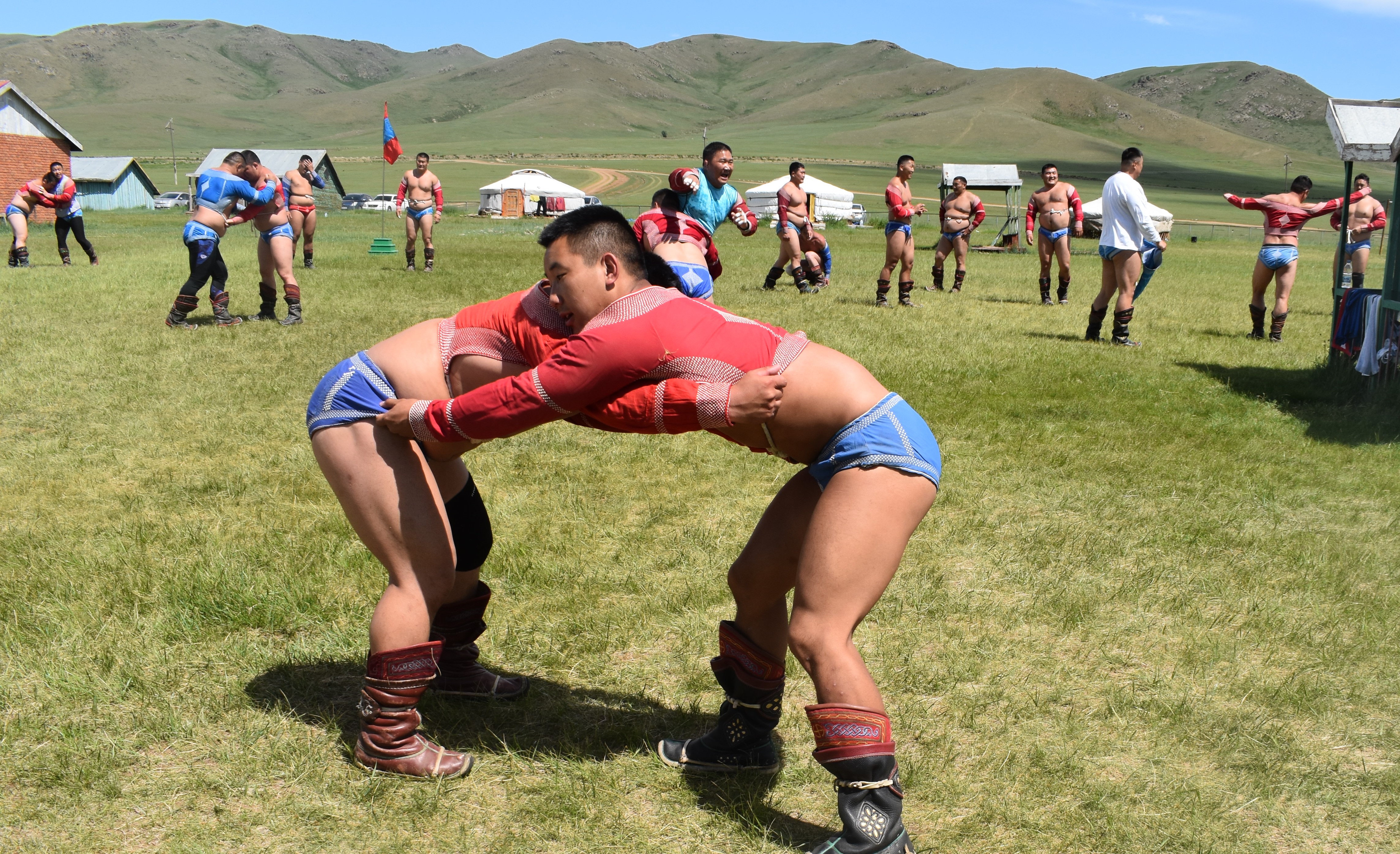 Wrestlers train for Naadam in a national wrestling camp out on the steppes. Traditional wrestling is still only practiced by men and there are no weight limits. Photo by Antonio Graceffo.

One would assume that not being able to attend the most important festival of the year would be a bit of a letdown for Mongolians, but it seems that most Mongolians understand and support the government’s decision.

Professor Khavartsetsg Enkhtuvsgin of the University of Finance and Economics (UFE) said, “For us in today’s situation, it is just a reaction for protecting ourselves from the risk. Although watching live is much more exciting than watching online, but I believe that Mongolians will all accept this.” She even sees a potential positive in the livestreaming: “Maybe it will be a nice chance for other countries to see Mongol Naadam too.” She added that her colleagues at the university were of the same opinion. 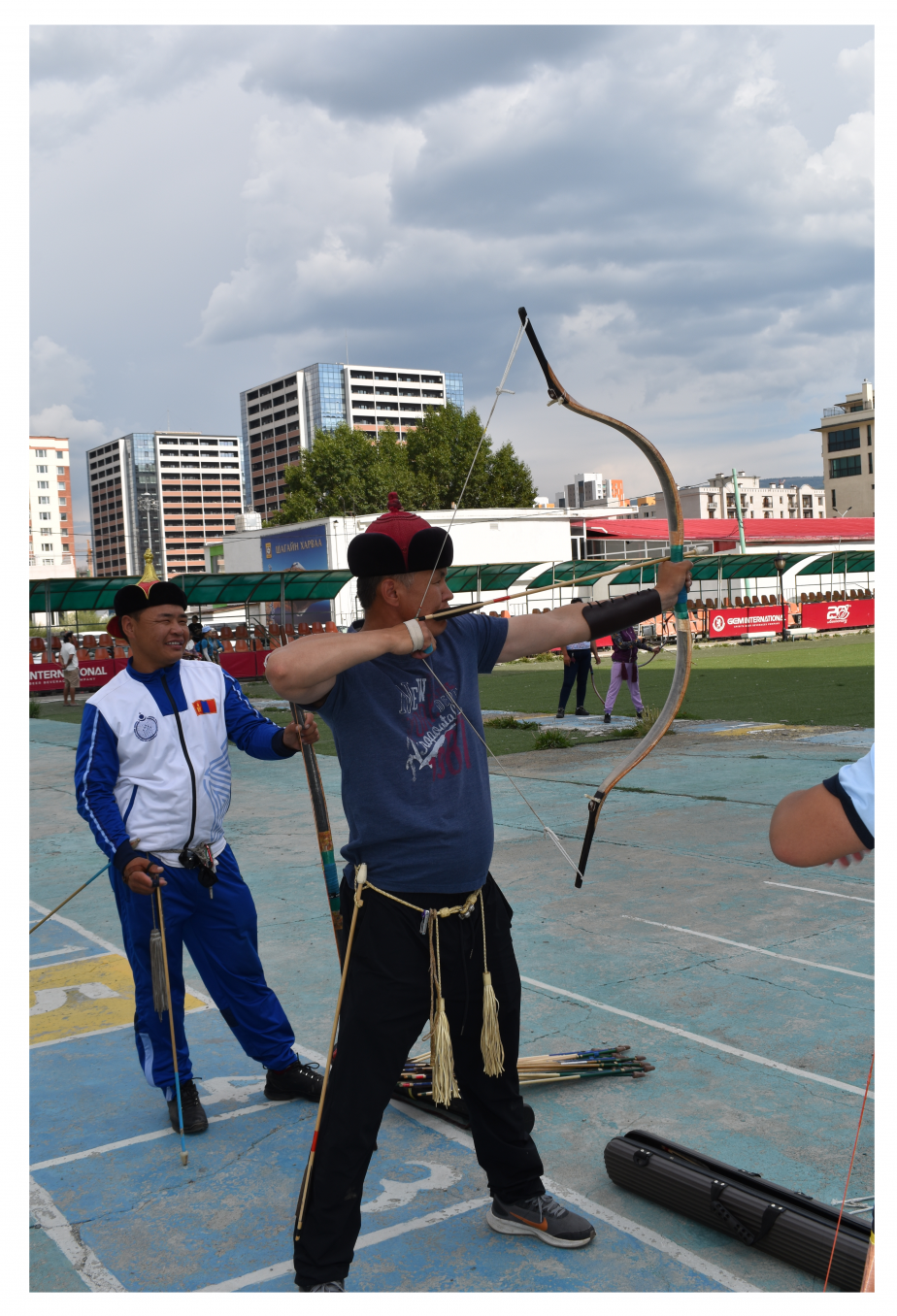 “For me, it doesn’t change anything. I always watch it only on TV,” said Batpurev Ayushsuren, a financial economist. “But going for Naadam wearing gorgeous traditional dress (deel) is a big event for most Mongolians. It is a family union and is a cultural event that makes them feel strongly that we’re Mongols.”

Over the past 30 years, the percentage of the population that lives in the urban areas has nearly doubled. During that time, young people transitioned from learning Russian to speaking English. People who had not made a phone call in 1990 are now tech savvy, avid users of Facebook and Twitter. The average person has seen his income increase from about $300 per year to $400 per month. And this year, Naadam will be livestreamed. In short, Mongolia is modernizing very quickly, but still managing to hold on to its ancient traditions.

Batpurev Ayushsuren explained that many Mongolians see the maintenance of the Naadam tradition as “an annual vaccination that prevents Mongolia citizen forgetting their ethnic roots in this globalized world.”

Antonio Graceffo is an American economist and author based in Ulaanbaatar, Mongolia.