In return for starting the ongoing intra-Afghan peace negotiations, the Taliban demanded – and after a delay of several months eventually got – the release of 5,000 imprisoned Taliban fighters. To show that they are serious about making peace, the Taliban promised that these released prisoners would not return to the battlefield. But have the Taliban kept their promise?

Almas sits in a modest room in his house in Ghani Khel district in the eastern Afghan province of Nangarhar. The mud walls of the room are as bare as the plains outside. Three of his little children stay close to him at all times. They have barely seen their father. Until about three and a half months ago, Almas hadn’t been at home, but in a cell in the provincial prison of Nangarhar. The four years he spent there represent most of the lives of his small children. Then he was released as one of the 5,000 prisoners whom the Taliban pressed to free in their negotiations with the United States government.

“When I was released, the first thing I did was calling my family and then I went directly home,” Almas remembers. “Even now, guests still come by to welcome me back.” Asked about what he is doing now, he replies immediately: “I am unemployed. I can’t find work and the government does not provide any opportunities to released prisoners.”

Rejoining the Taliban is also not an option, he claims. A lack of motivation to again take up arms does not seem to be the reason, as Almas recounts – not without pride – how he was the Taliban’s military commander for an area in Ghani Khel and also fought long-drawn out battles against the self-declared Islamic State in neighboring Achin district. “The Taliban leaders do not allow me to rejoin the fight,” he explains. “They even call from time to time to check [that I adhere to this] and they also ordered the local [Taliban] commanders to not let me rejoin.”

Almas is adamant that this is being done, as the Taliban strictly abide by the promise they made under the U.S.-Taliban agreement that allowed the release of their prisoners in the first place. But is this really the case?

…Or Again Taking up Arms?

Other information contradicts Almas’ depiction of the situation. For example, The Diplomat has obtained a list of 50 released Taliban prisoners who had rejoined the fight and since have been killed by Afghan government forces. While this list is based on information from the Afghan government and could, therefore, be biased, civilians sympathizing with the Taliban on the ground have confirmed to The Diplomat at least two cases in which released Taliban were killed while fighting.

One case concerns Ahmad, a young Talib who had been shot dead in Gulran district in the western province of Herat, after he had again taken up arms following his release. The other case was reported from Bobus, a village located not far away from Pul-i Alam, the capital of Logar province, where Zubair, another released Talib, was killed while fighting. Both cases figure on the mentioned list obtained by The Diplomat.

In view of this, Almas’ assertions sound more than hollow. That said, it could not be determined whether he was disingenuously repeating the Taliban propaganda line or whether the Taliban – for whatever reason – might have indeed banned him from returning to the fight. 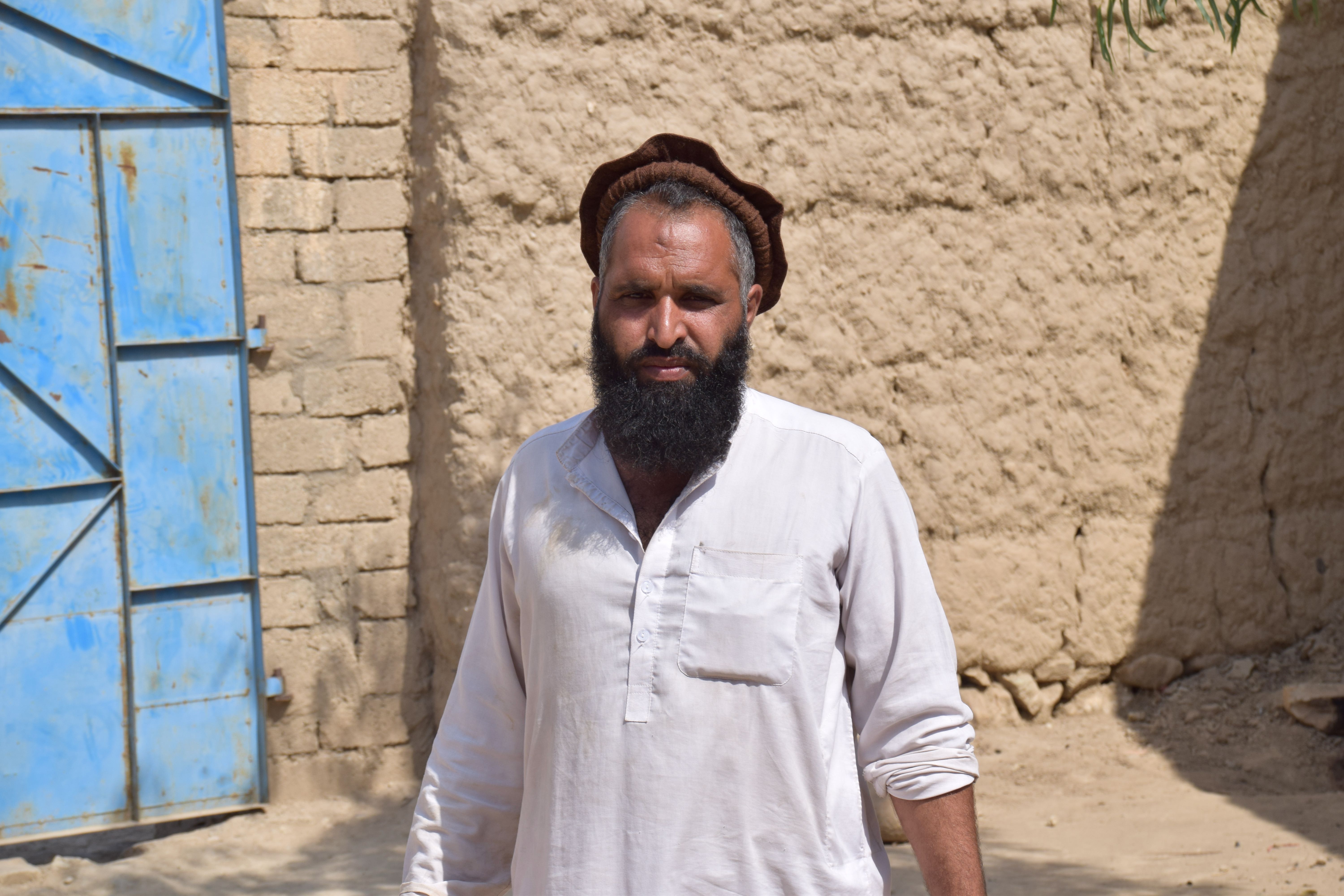 Almas outside his home in Ghani Khel district. Photo by Franz J. Marty.

Fighting for a Return of the Taliban Emirate?

While there might be many reasons why released Taliban have rejoined the fight, one of the Taliban interviewed for the above-mentioned study was quoted as saying that he was obliged to fight “until the coming of an Islamic government.” Such feelings are apparently widespread amongst Taliban rank-and-file (see, for another example, this Washington Post report) and were also shared by Almas, although he insists he has abstained from fighting since his release.

Asked about whether he would accept a hoped-for peace agreement under which the Taliban and the current Afghan government share power, Almas affirmed this as long as it would mean “peace, security and an Islamic system.” He emphasized the latter as a non-negotiable demand. “We [the Taliban] don’t fight for power or seats in government, but for Islam.”

When pressed further on what such an Islamic system would entail, Almas soon made it clear that this would, in practice, amount to the reestablishing of the Taliban emirate. While he acknowledged that some parts of the current Afghan constitution are Islamic, he staunchly denied this was true for other parts, meaning that the current constitution would, as such, be unacceptable.

Asked about whether a republican form of government could be squared with the demanded Islamic system he replied without hesitation that “there is no republic in Islam; this is a Western [concept].” Similarly, he rejected general elections, arguing that elections could take place but would have to have another, advisory form in order to elect the best leaders. While he remained vague, his reply implied that this would mean that good Muslim notables, and not the general public, should chose who will lead Afghanistan.

This echoes an array of Taliban statements indicating that a divine order – and not man-made decisions or laws – must be implemented in Afghanistan. While not explicitly mentioned, statements from Almas as well as official Taliban communiqués suggest that the details of the wished-for divine order would be determined by the Taliban – and that it is unlikely that they would accept the notion that other Afghans might have rightful differing interpretations of what an Islamic system should encompass.

All this obviously bodes ill for the chances of success of the ongoing intra-Afghan peace negotiations in Doha, Qatar, as a meaningful accord would necessarily entail tough compromises. While some Taliban might realize that certain compromises are necessary, the above shows that there is a real risk that others don’t – and would fight on until their vision of divine rule is fulfilled.

Franz J. Marty is a freelance journalist based in Afghanistan. He writes on a broad range of topics, but focuses on security and military issues. You can follow him @franzjmarty on Twitter.

Will Afghanistan’s Long-Delayed Peace Ever Arrive?

As Kabul and the Taliban continue to stall peace talks, Afghans' hopes are dying.

The Biden administration hoped to take a shortcut to peace in Afghanistan with one more big conference. It won’t work.

At long last, the Afghan government and the Taliban are ready to start their long-delayed peace talks.