The day after the U.S. presidential elections, on November 4 the U.S. government announced its decision to sell MQ-9B (Sea Guardian) drones to Taiwan. As Taiwan’s ADIZ (Air Defense Identification Zone) is frequently intruded by the People’s Liberation Army’s (PLA) nautical and airborne vehicles, the drones, when acquired, will provide the country with a counterweight and help correct the military imbalance between the two sides.

Responding to the Foreign and National Defense Committee of Legislative Yuan, Minister of National Defense Yen Teh-fa noted that a total of 276 PLA aircraft has entered Taiwan’s southwest ADIZ since the beginning of the year, with 87 sorties since September 16 alone. Taiwan’s Deputy Chief of Defense staff has also noted that there have been drone intrusions in Taiwan’s southwest ADIZ, something that was not mentioned in the official website monitoring them. Evidently, there are gaps in the officially published data.

PLA intrusions in Taiwan’s ADIZ since September have made up for more than 30 percent of the whole year. A third of these intrusions are by the Y-8Q/KQ-200 (also known as Y-8GX6) aircraft. The Y-8Q is like the U.S. Navy’s P-3C Orion; it is a fixed-wing anti-submarine and maritime surveillance aircraft. It has magnetic anomaly detectors and sonobuoys, which can help detect submarines.

It is evident that the PLA has paid much attention to the underwater channel from South China Sea into Taiwan Strait via the southern side of Taiwan Shoal. The submarine geomorphology consists of the Taixinan basin sinking toward the South China Sea basin from both the Penghu submarine canyon and the South Taiwan Shoal canyon. The underwater topography, with a complicated mix of seabed sediments along with its hydrological environment and geographical location, makes the area greatly suitable for “submarine area hunting” for Taiwanese forces. Therefore, it is an important strategic location to deny PLA’s assembling surface vessels from military ports such as Shantou, Guangzhou and Zhanjiang, and to counter its submarines along the South China Sea Basin sailing course from Sanya, in the Hainan province, with the intention to blockade the Taiwan Strait. 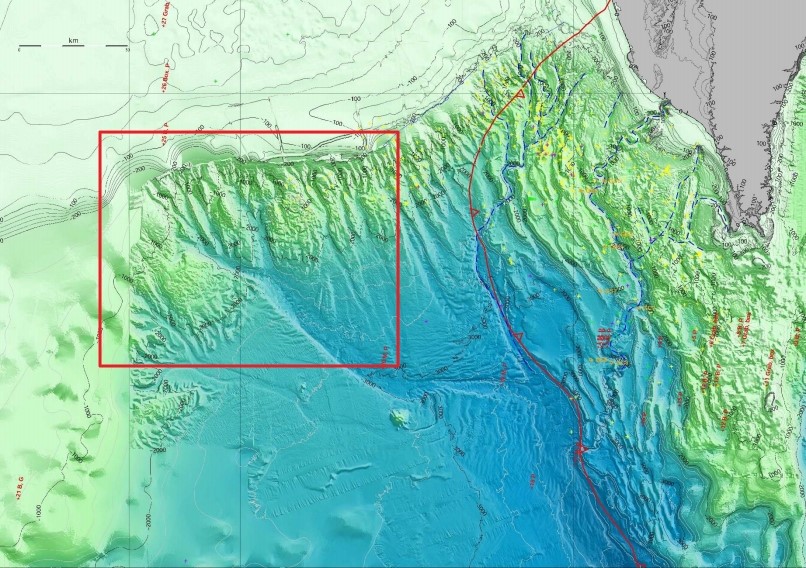 However, the reasons for the emergence of Y-9G and Y-8DZ aircraft are more complicated than those of the other aircraft.

The circular antenna arrays on both sides of the middle section of Y-9G can passively intercept or actively counter circular polarized electromagnetic waves, targeting satellite communications systems, GPS and unmanned aerial vehicle defense system. That “conformal antenna” at the rear part of its fuselage could more flexibly intercept electromagnetic waves without affecting aerodynamics.

The Y-8DZ is a new type of electronic intelligence gathering aircraft, entering into the PLA’s service in February 2019. There are only two in service. Its characteristic is that the electronic support measures/electronic intelligence (ELINT) radomes both at the front and rear part are much bigger than those of Y-9JB, which means it has “electronic attack” (EA) capability beyond ELINT collection.

The PLA aircraft frequently entering the southwest corner of Taiwan’s ADIZ is likely to conduct — what amounts to — combat exercises with Taiwan’s navy and air monitoring vehicles. Hence, the true aim is to test that once China has set up the South China Sea ADIZ somewhere partly overlapping Taiwan’s ADIZ, whether, under the watch of Taiwan’s national marine and aviation patrols, the PLA could identify missions of various Taiwan vehicles traveling to and from this area.

Many have worried that that it would be China’s South China Sea disputes with many ASEAN members that would lead it to declare a South China Sea ADIZ. However, as China’s sidestepping of the Paracel Islands (Xisha District) and Spratly Islands (Nansha District) demonstrate, it could very well be that China would settle on a code of conduct in the South China Sea soon, and instead focus on the Taiwan-related Pratas Islands (Dongsha District), setting up an ADIZ there first.

The turbulence following the U.S. presidential elections may indeed provide an opening for the People’s Republic of China to adopt a much more aggressive stance towards Taiwan. As PLA’s Type 003 aircraft carriers and Type 075 amphibious assault ships have not yet formally attained combat capability and completed training, the odds of it militarily invading Taiwan is not that high. But judging by PLA’s actions near the southeast corner of Taiwan AIDZ and the Pratas Islands, it looks likely that this area will soon be declared an ADIZ.

Lu Li-shih is a former instructor at the Taiwanese Naval Academy and a former captain of the Ching Chiang-class patrol corvette. He has appeared as a guest military expert on Taipei Times, Liberty Times, TVBS News, and Defence International. He also has master degrees both in journalism and business administration. You can follow him on Twitter: @lu_lishih

Are ADIZ Incursions China’s New Response to US Arms Sales to Taiwan?

Beijing is reacting to the intensification of U.S. political outreach to Taiwan after Russia’s Ukraine invasion.

China’s military presence in Taiwan’s ADIZ has significance for more than just Taiwan.