General Chang Dingqiu’s promotion on September 6 to become the new commander of the People’s Liberation Army Air Force (PLAAF) does not come as a surprise. He has long been viewed as a rising star within the PLAAF both by official Chinese news outlets and by English-language media with murky ties to Beijing. At age 54, General Chang is now the youngest active-duty full general in the PLA.

Chang, with a humble family background from rural Hunan, rose through the ranks as a fighter pilot, and commanded a fighter division that was likely involved in Taiwan contingency planning in the early 2000s, before he took on various joint assignments at the theater command and Central Military Commission (CMC) level. Notably, Chang has at least twice traveled to the United States in recent years. Official Chinese media has depicted Chang as a commander who “places fighting and winning wars above politics” and has earned respect from his fellow PLAAF airmen. In short, Chang appears to have an impeccable resume that makes him almost the perfect commander to lead a PLAAF that seeks to become a world-class strategic air force by mid-century.  What are the potential implications of Chang Dingqiu’s promotion?

Young and Powerful, With a Political Future?

Throughout his military career, Chang collected various “youngest” titles for leadership positions. To name a few, he became the youngest flight regiment commander at age 33 and became a deputy commander of Southern Theater Command (a rough equivalent to the U.S. military’s combat command) at age 49. Chang’s predecessor, General Ding Laihang, took command of the PLAAF when he was almost 60 years old in 2017. Although it remains unclear how the PLA determines tenure length for service commanders, PLA active-duty officer regulation dictates officers serving at the theater command-level leader position must not exceed age 65 in peacetime. Becoming the service chief at age 54 certainly awards Chang more time not only to focus on force building, but also to further boost his credentials. That may eventually give him a chance to earn a spot at the CMC – the highest military authority of China.

Another important line of narrative about Chang’s military career success, according to official PLA sources, has been about his bold approach to flight training, which challenged certain existing norms within the PLAAF. This likely reflects the PLA’s continued push for the PLAAF to highlight and improve realistic training, since Chang’s predecessor, General Ding Laihang, also had significant experience overseeing training and education prior to his appointment. Chang reportedly advocated flight training and testing with a visibility range less than 3 kilometers in 2001. He led his division to implement new command models for new aircraft flight training, and was an early adopter of pilot autonomy and performance and “free air combat training” including flying third-generation aircraft to defeat fourth-generation aircraft (second-generation vs. third-generation by Chinese definition) in a 2003 combat drill.

Besides flying, Chang was an experienced flight instructor, and, among various achievements, successfully integrated “far seas, low altitude tactical training” for a new type of aircraft (likely the Su-30). One of Chang’s career highlights was his role as the lead pilot of the J-10A formation that flew over Beijing during China’s victory day parade in 2015, when Chang was reportedly almost 48 years old – reaching the maximum mandatory grounding age for fighter pilots according to PLA norms.

The selection of General Chang Dingqiu to lead a modernizing PLAAF might signal that significant time spent at joint assignments will be considered a critical requirement for future senior PLA leaders. Besides tactical and operational experience accumulated at fighter units, Chang spent time at PLAAF Headquarters, at the Southern Theater Command, and at the newly-created CMC Joint Staff Department during the military reform, making him the first PLAAF commander with experience overseeing joint operations.

During his assignment serving as a deputy commander for the Southern Theater Command in 2016-2018, he likely oversaw the transition into the PLA’s modern joint-warfighting construct. In the capacity of PLAAF commander, such awareness of how PLAAF fits into the joint picture and what requirements are needed to conduct force construction will become increasingly valuable as the PLA continues to improve its joint operations capabilities. Chang’s experience at the Joint Staff Department – including a portfolio of training – likely helps inform him how to navigate CMC-level requirements both in terms of operations and force structure. 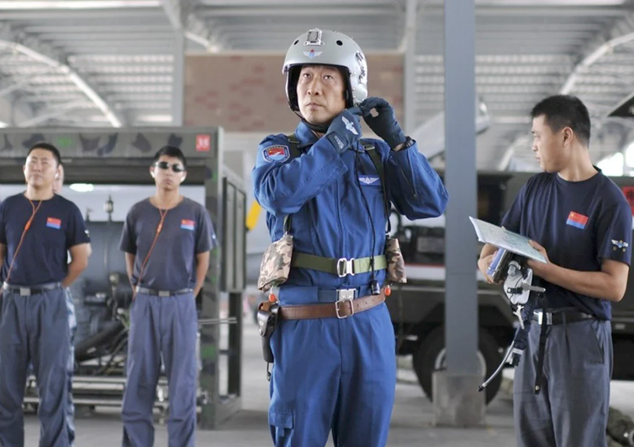 General Chang Dingqiu suits up for a flight in this undated photo from Chinese social media.

The official narratives about Chang’s career success almost certainly intend to send a message to PLAAF airmen and potential recruits that success matters more than age and the PLA values a merit-based system for promotions. In the PLA system, which is burdened by corruption and “family connections,” Chang, born in a rural family in Hunan’s Hengyang city during the Cultural Revolution, with no apparent ties to the establishment, has a “people’s leader” appeal that will inspire young Chinese airmen.

An aviator at heart, Chang has more than 2,500 flight hours under his belt, and has led an operational unit with modern fourth-generation fighters and flew with his subordinates. One of the so-called “five weaknesses” PLA leaders continue to struggle with is “the lack of capability to operate equipment” – Chang’s experience clearly helps address this issue, and makes him a more respectable military leader.

Moreover, Chang has been an early champion for pilot mental health promotion, an effort the PLAAF appears to be increasingly serious about today. He reportedly led his regiment to develop a mental fitness evaluation software system to help monitor and manage pilots’ mental state to ensure flight safety. Chang understands that “fighting and winning” is not just a matter of having the best fighter jets; he is cognizant of the need to maintain the systems and the need to maintain pilot performance. 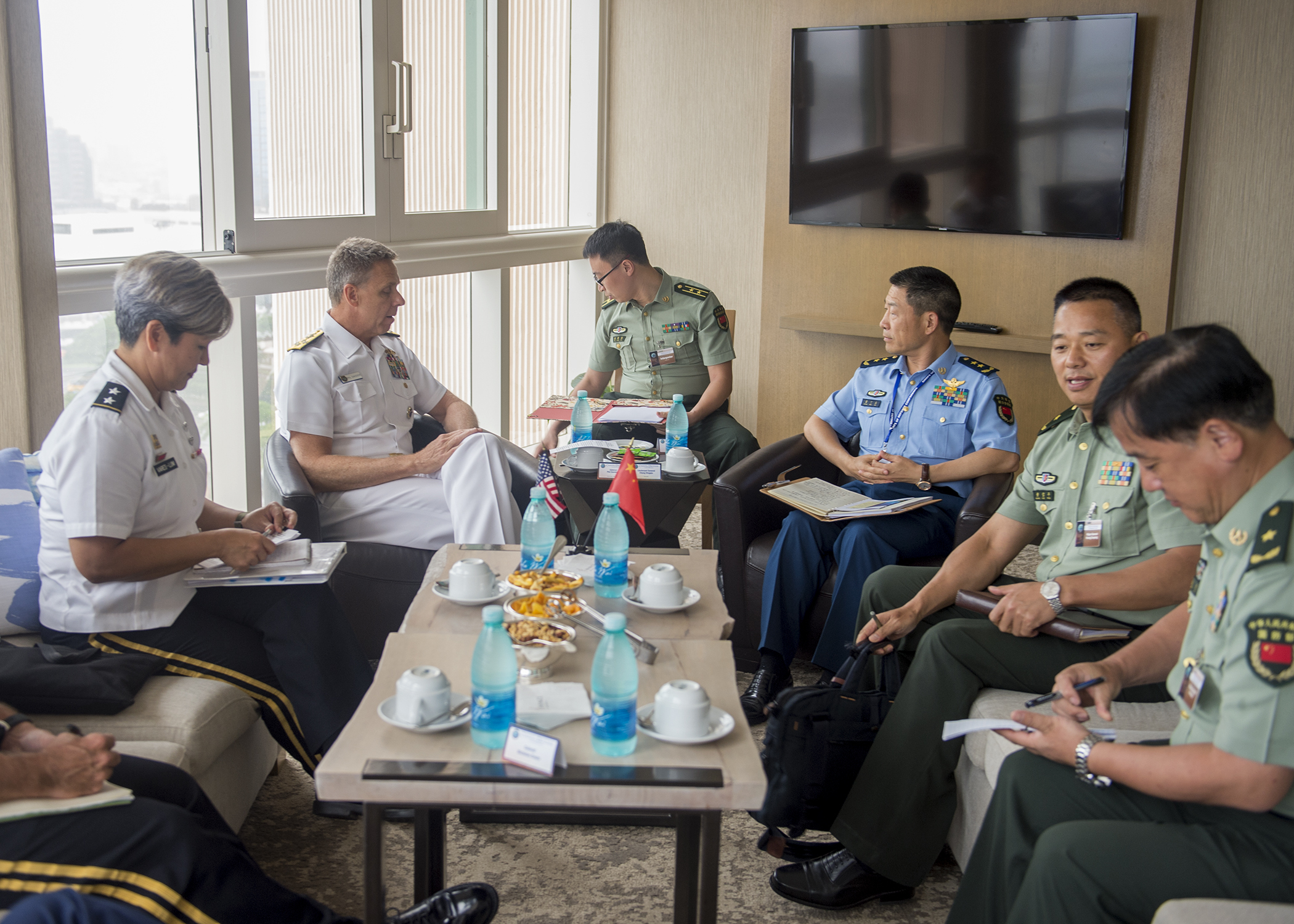 Although details remain scarce, General Chang reportedly had a short stint in Russia in 2003 receiving military education at a Russian military institute. In his capacity as a deputy commander of the Southern Theater Command, he also accompanied CMC member and then Equipment Development Department Director General Zhang Youxia to visit Belarus and Hungary in 2017.

While serving as a deputy chief of staff of the PLA, and soon after he was promoted to Lieutenant General, Chang was sent to Hawaii in 2018 to participate in the Chiefs of Defense Conference and held a bilateral meeting with Admiral Phil Davidson, then commander of the U.S. Indo-Pacific Command. In 2019, Chang was also a delegation member of Minister of Defense Wei Fenghe’s visit to the U.S.

At a time of deteriorating U.S.-China military relations, will Chang’s international experiences, particularly his recent travels to the U.S., be interpreted as a positive signaling to the outside world that the PLA may be ready to engage again? Will Chang, the first PLAAF commander who flew at least six airframes, including fourth-generation (third-generation by Chinese definition) aircraft, infuse more professionalism to the force that may be conducive to improving practices of air-to-air encounters of military aircraft between the two militaries? It may be too early to know. But possible changes General Chang may bring to the PLAAF are definitely worth watching.

China’s Military Has a Hidden Weakness

Zhuhai, the last serving Type 051G guided-missile destroyer in the PLAN, is set for retirement.