The Diplomat author Mercy Kuo regularly engages subject-matter experts, policy practitioners, and strategic thinkers across the globe for their diverse insights into U.S. Asia policy. This conversation with Joanna Chiu – senior journalist at the Toronto Star, Canada’s largest newspaper, and author of newly published “China Unbound: A New World Disorder” (ANANSI 2021) – is the 289th in “The Trans-Pacific View Insight Series.”

What was the impetus behind your decision to write “China Unbound”?

As a foreign correspondent, I reported across China, covering every issue imaginable for seven years. But I always thought that if I were to write a book, it would have to be on a very specific topic. Then an editor at Anansi Press approached me to pen a sweeping examination of China’s global relations. They wanted the book to answer questions like, “Should people in democracies be worried about China’s rise?” and “What are the global impacts of the Chinese Communist Party’s authoritarianism?”

I doubted whether I could address the issues with necessary nuance, but then I developed a reporting plan that would take me around the globe. As a journalist, I knew that seeking out individuals with personal stakes in political developments would naturally lead to unique insights. The book brings readers right to the scenes of major diplomatic events, street protests in Hong Kong, exile Uyghur communities in Istanbul, and the struggles of those affected by the ongoing U.S.-China trade war. Case studies include Italy, Greece, Australia, Russia, Turkey, the U.S., and Canada. Each chapter has a concise overview of the relevant historical context. My goal was to write an engaging book that readers around the world could use to critically evaluate any China-related issue in the news.

The last chapter of my book puts the spotlight on disinformation about China coming from American sources. Former U.S. President Donald Trump was an egregious offender, but it goes beyond Trumpism. For some reason, the narrative of an intense high-stakes global competition where America could “lose” and China might “win” has been incredibly galvanizing in America. The risk of being hyperbolic about China is that it makes Beijing even less likely to accept legitimate international criticisms regarding its many violations of human rights at home and abroad. I interviewed people in the U.S. military who worry that a second Cold War could be a real possibility. Meanwhile there are plenty of serious issues to take Beijing to task, like their ongoing persecution of Uyghurs, without emphasizing a red scare.

Characterize the strategic relevance of the “middle powers” countries, like Canada, Australia, Italy, and Greece.

“Middle power” states may not be global giants, but they still wield significant influence. Canada for example has a relatively small population, but it’s rich in natural resources, has a seat among the G-7 group of advanced economies, and is a key member of NATO. For many years, middle power countries tended to downplay their importance on the global stage and under-invested in talent and resources to improve their foreign policies. As a result, politicians in places like Italy and Greece have turned to China as a kind of savior for their struggling economies, which isn’t very realistic and comes with repercussions that I detail in my reporting, while countries like Canada and Australia were very slow to clue into serious problems posed by China’s authoritarian system skipping borders to threaten foreign citizens. 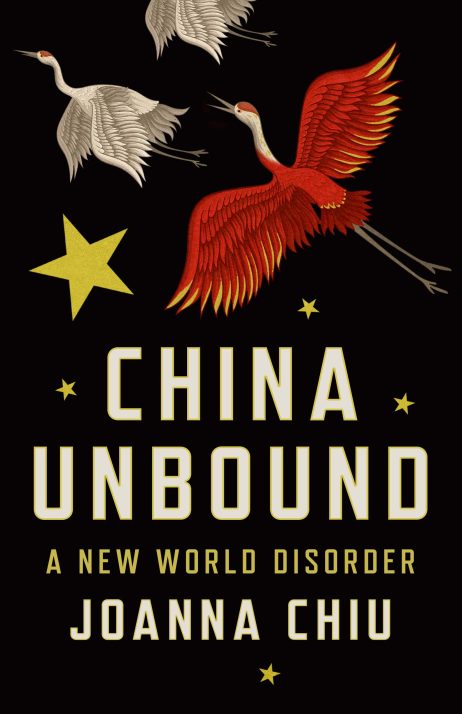 How is the U.S.-China tech race helping and hindering an unbound China?

This topic tends to get overly politicized and simplified, particularly in America. In Beijing, I met people who worked at Chinese internet companies, including an employee of Baidu (known mostly for their search engine) who talked to me about how frustrating it was to receive lists of search terms that they must censor or else risk their companies being shut down. Items on those lists would change erratically depending on whatever government censors deemed sensitive. For the majority of Chinese technology workers, their goal isn’t to “beat” another country, but to innovate and serve their users.

But as tensions have soared between Beijing and Washington, officials and pundits have cast scores of scientists and entrepreneurs as foot soldiers in this grand race to dominate the world with superior technology. The CCP’s foreign technology acquisition efforts, explored in this anthology, have indeed boosted China’s influence and wealth, but it’s wrong to characterize all of this activity as espionage or to only focus on the security risks that a certain Chinese company like Huawei poses. It would make much better sense for all countries to ensure that their future 5G networks and other technology infrastructures are as secure as possible, so they can prevent a number of negative possibilities when it comes to potential cyberattacks or espionage.

Looking ahead, what are the top three geostrategic issues that policymakers and industry leaders in the West should prioritize in their national and regional China policies?

Foreign interference: “China Unbound” contains original reporting on how the CCP’s “United Front” has tried to control narratives about China around the world. While there has been more interest in this topic lately, no country has introduced effective mechanisms to prevent Beijing’s harassment of its international critics.

Refugees: Countries don’t have an adequate understanding of the extent of the crackdown on civil society in China. Many young Hong Kong protesters are in legal limbo.

Climate: How can global leaders navigate tensions and speak out against human rights violations from the Chinese government while still working together to fight climate change?

Elizabeth Economy on ‘The World According to China’

“China’s ability to influence the behavior of international actors is often less than we believe.”

China rallied 53 countries to back the controversial law amid strong opposition from other governments.

How Chinese Norms Are Going Global

From human rights to good governance, Chinese norms are spreading. How should Western governments react?