In the imminent Fijian election, young people form the majority of potential voters, making them the most powerful demographic heading to the polls.

However, with no mandatory voting, a lack of faith in the democratic system and an ingrained culture of silence, questions remain whether the island nation’s youth will cast their vote when polling opens on December 14. At the last Fijian election, only 61 percent of registered voters between the ages of 18-30 voted. That already-low figure doesn’t take into account the youths who didn’t even register to vote.

Peni Matanisiga, 27, is one of the youngest candidate in Fiji’s upcoming election, representing the Unity Fiji Party. He says the youth vote could decide the outcome of the election. “The young people in this election are very powerful,” Matanisiga said.  “Around 60 percent of the total number of voters are youths… so if they [vote] that’s a win already.”

“That’s how powerful the youth are in this election.”

Despite their importance, engagement with politics remains uncertain among youth, with recent data from the Fijian Elections Office (FEO) showing that 20 percent of 18–24-year-olds have no interest in politics, 56 percent have a little interest, and just 24 percent had a lot of interest in politics. 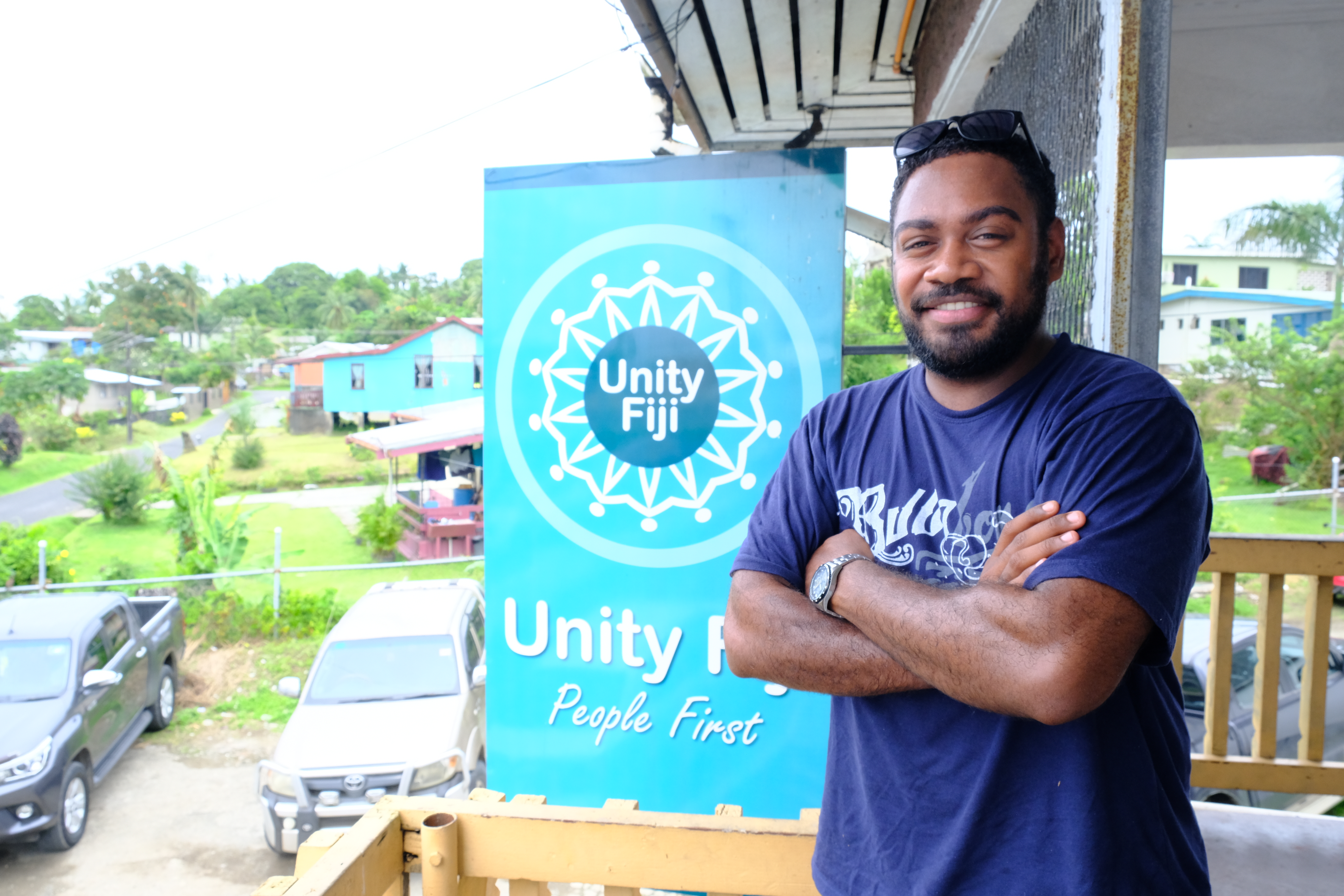 Matanisiga, related on his mother’s side to two former prime ministers (Laisena Qarase and Timoci Bavadra), became involved in politics after serving diplomats and politicians working as a flight attendant.

Matanisiga believes that Fiji’s “culture of silence” is the barrier to young people showing up at the polls.

“We have a lot of respect for our elders, which results in us staying quiet and not voicing our thoughts,” he said.

“People respect their elders, they don’t want to go against what they say.”

Matanisiga believes that as a youth himself, he can engage better with the younger demographic of voters: “It’s important for a young person to be in government so they feel comfortable voicing their thoughts. They want someone to stand up for them.”

This issue of representation was echoed by Fiji’s National Gender Youth Advocate Alanieta Atma, who spoke at an election talanoa (dialogue or conversation) last month. She has been traveling across the country to encourage Fiji’s youth to vote.

“Voting is important because you get to put people in power that represent you… that fight for all these things we face in our daily lives,” she said.

“That’s why I empower young people to vote.” 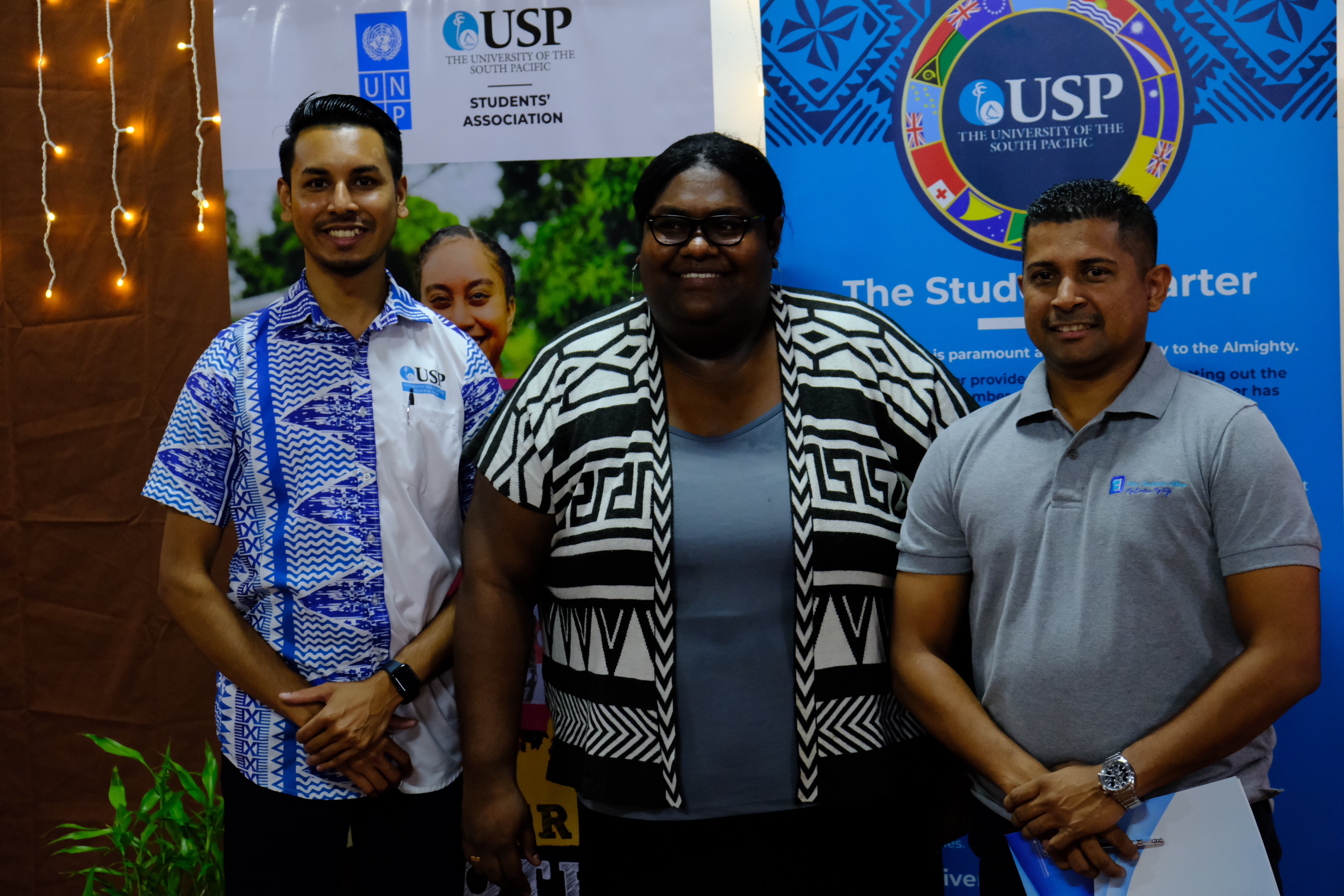 As well as a culture of silence, youth voters’ lack of faith in Fiji’s politicians impacts turnouts. Young people are discouraged by the lack of discussion on issues important to them. Land rights and COVID-19 recovery are popular policies for debate, but not ones that resonate with much of the country’s youth.

“[Voting] is in fact a duty,” said Tarte. “If we don’t participate in elections by voting, it is argued, then the whole edifice of democracy starts to crumble.”

Supervisor of elections Mohammed Saneem has said the pre-polling data so far suggests less than 70 percent participation for this general election.

With a history of coups and allegations of unjust results in the previous elections (denied by the FEO), the imminent Fijian election is proving itself to be one of the most important in the country’s young democratic history.

The current government, under Prime Minister Frank Bainimarama has been in power for 16 years after the 2006 military coup, and Tarte said the next test for Fiji’s democracy is a constitutional transition.

“At this point, the test of a democracy is whether it can facilitate or accommodate a peaceful transfer of power,” she said.  “A constitutional change from one government to another.”

The December 14 election will pit Bainimamara and his FijiFirst party against former Prime Minister – and former coup leader – Sitiveni Rabuka and his new People’s Alliance party, as well as Viliame Gavoka and the Social Democratic Liberal Party (SODELPA).

In the last elections, held in 2018, FijiFirst lost five seats but maintained its majority by winning 27 of the 51 seats in parliament. SODELPA – then under Rabuka’s leadership – secured 21 seats in 2018, a gain of six. Rabuka, now leading a new party, is hoping to expand on that performance to oust Bainimarama. (This year, Fiji’s parliament has been expanded to 55 seats, so it will take 28 seats for a party to claim an outright majority.) 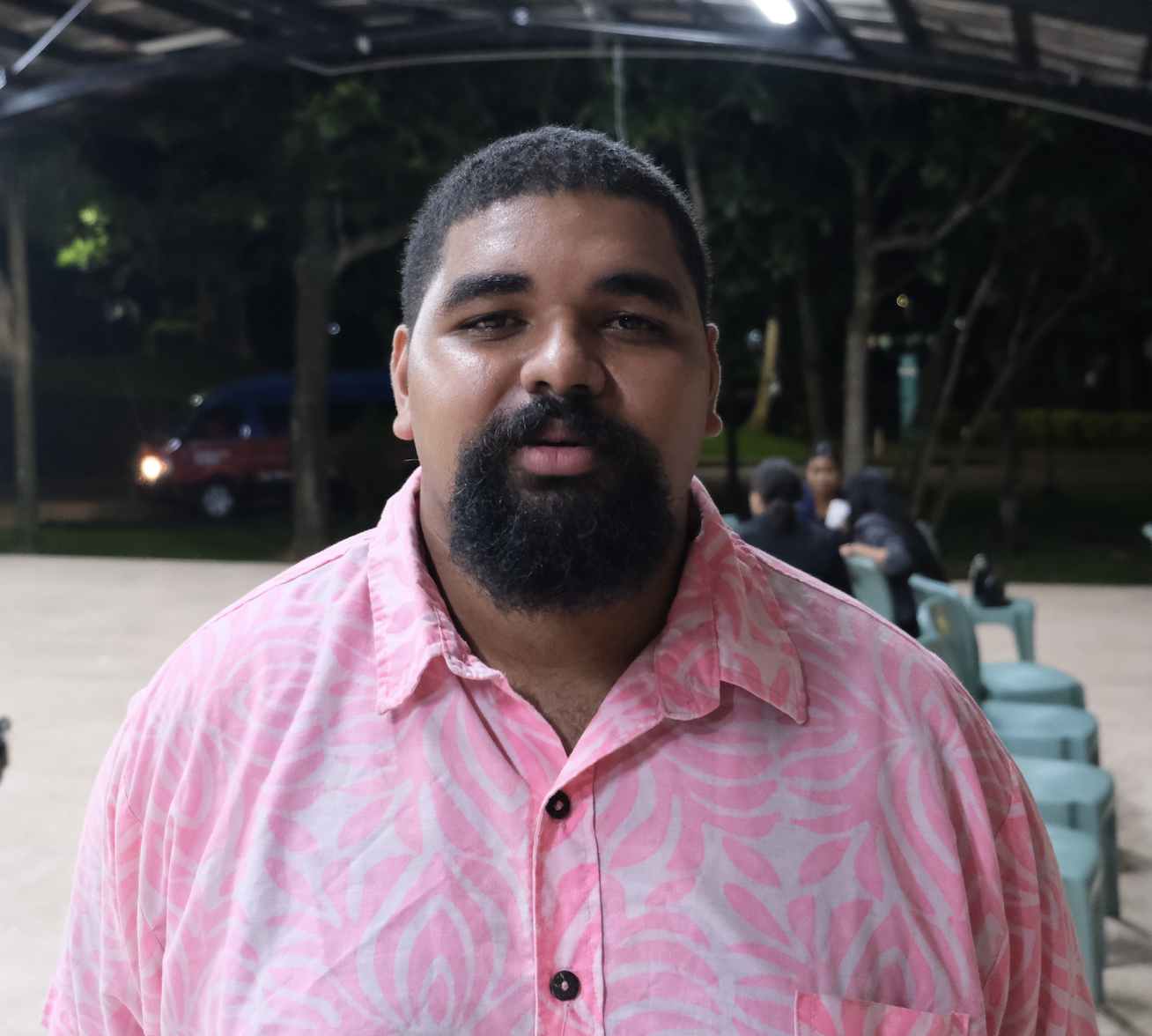 Moses Smith, a 19-year-old student at the University of the South Pacific, feels Fiji’s unstable political past is a reason his peers are disengaged with the election. “I think young people want to be heard but at the same time they are scared to be heard,” said Smith. “We have a very bad history in politics in this country of going rogue at the wrong time.”

“These types of things affect a young person’s mentality, [they think] ‘all these things have happened why won’t they happen again?’”

Academics, candidates, and youth advocates agree that Fiji’s young people can dictate the outcome of their country’s upcoming election – one which will either prove or disprove the stability of their developing democracy.

Whether the island nation’s young people will make their voices heard or be held back by cultural norms and a disinterest in the system remains to be seen.

This article has been updated to correct the spelling of Peni Matanisiga’s name.

Under New Leadership, What’s Next for Fiji?

After 16 years with Frank Bainimarama at the helm, Fiji faces myriad challenges as Sitiveni Rabuka takes over.

Fiji will see a new leader for the first time in 16 years, but Sitiveni Rabuka is no stranger to power in the country.