According to the October 2 JTBC news segment Kukhui (Korean for “National Assembly”), public opinion polls from the end of August show that NPAD has increased its favorability for next year’s general election. News such as this is little more than grist to the “electoral spectacle” mill, but it gives a good reading of current popular opinion towards the South Korean left. 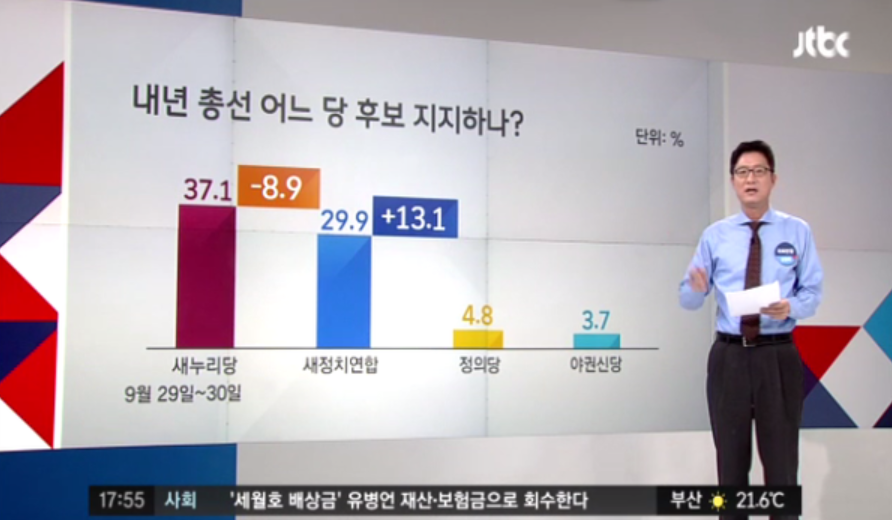 As this screenshot of a chart from the JTBC segment shows, to the question, “In next year’s general election, which party’s candidate do you support?” 29.9 percent said NPAD and 37.1 percent said Saenuri, the current ruling party. While NPAD still trails Saenuri by a significant margin, the current level of support represents a 13.1 percentage point increase since the beginning of September. During the same period, Saenuri’s support dropped by 8.9 percentage points. 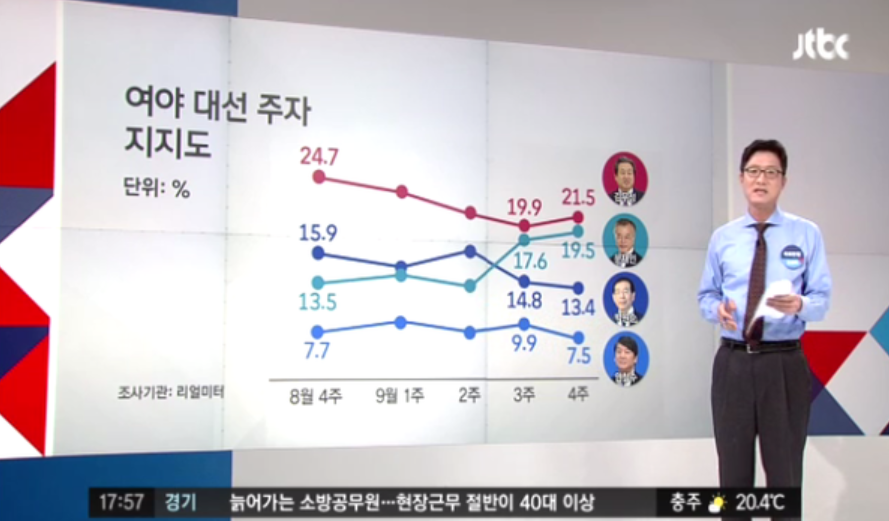 The segment also reported that within Honam, support for a New Honam Party is now less than support for NPAD. While certainly welcome news for Moon and his backers within the main opposition, that there is even competition in the liberal’s traditional home base is cause for concern. It is also unclear the effect recent party defections and continual infighting will have on party discipline and electoral viability going forward.

For now, however, Moon will likely try to ride the current wave of support to squelch intra-party doubts and potential challengers.

Already candidates are emerging for the next presidential elections.

In a dramatic reversal of fortunes, young people in South Korea are increasingly conservative.

The ruling Saenuri party took 11 seats in the by-election, giving it a strong majority in the legislature.

Moon’s Prosecutor Pick Puts Reform Efforts Back in the Spotlight

The British Treasury Is Still Hopelessly Optimistic About China

Under Boris Johnson’s successor, will the Treasury get its way on deepening economic ties between the U.K. and China?

Meat shops and slaughter houses in Gurugram near New Delhi will stay shut for nine days during a Jain religious festival.