The Diplomat’s Franz-Stefan Gady is currently in Afghanistan reporting on the ongoing war against militants in the country.

Although NATO ground combat operations in Afghanistan were officially declared over at the end of 2014, for the U.S. Air Force’s sole remaining squadron of F-16 fighter jets in the country the fight is continuing much like before.

The 421st Expeditionary Fighter Squadron has been stationed at Bagram Air Field in Parwan Province for the past six weeks providing close air-support for Afghan and NATO ground forces in Afghanistan.

The squadron, equipped with 18 Block 40 F-16 Fighting Falcon aircraft, maintains a 24 hour, seven days a week presence over Afghan skies. At least two fully armed fighter jets are up in the air at any single moment ready to engage the enemy.

“Our mission has not changed much,” Major Tyler Niehbuhr, the director of operations of the fighter squadron tells The Diplomat. “We are still providing close-air support for ongoing operations throughout the country.”

Major Niehbur also deployed to Afghanistan back in 2011. “The major difference to 2011 is that there were just more scenarios with U.S. troops under fire,” he explains. “Today, our operational pace is slower and we employ a lot less assets.” 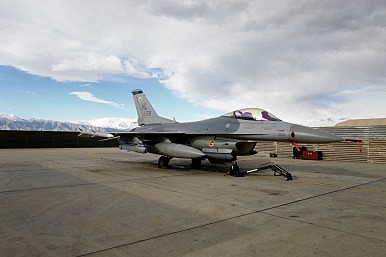 In November of this year, U.S. Air Force aircraft deployed their weapons 69 times, according to U.S. Central Command. During the same month in 2010, that number was 866, more than 12 times as many as this year.

The squadron’s F-16 aircraft are armed with AGM-65 Maverick air-to-ground tactical missiles specifically designed for close air-support,GBU-54 GPS and laser-guided bombs capable of engaging both stationary and moving targets, as well as a 6-barrel 20 millimeter gun.

The rules of engagement have changed very little between now and then, according to Niehbur. For any airstrike to be launched, the F-16 pilots still require U.S. personnel on the ground, so-called joint terminal air controller, to direct the combat aircraft.

Interestingly, the number of airstrikes the 421st Expeditionary Fighter Squadron has launched over the last six weeks is evenly divided between the NATO-led train, advise, assist and counter-terrorism mission–codenamed Resolute Support– and U.S.-led counter-terrorism operations. 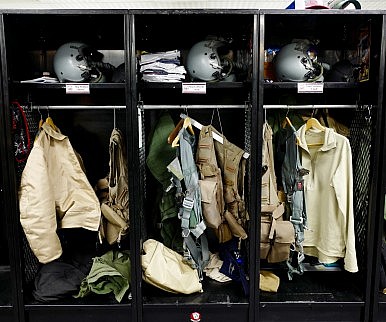 “It’s about half and half,” Niehbur notes. “We do provide a lot of support for RS [Resolute Support] missions,” he tells The Diplomat. First Lieutenant Matt Sander, at age 25 the youngest pilot of the squadron, explains that occasionally he is tasked to support both U.S. and NATO-led operations in the country during one flight.

“We are up in the air for 4 to 5 hours on average. During that time it can happen that next to our primary task, we get assigned a new mission.”  For Sander it is his first tour in Afghanistan. He has been flying F-16s for just over a year now.

Fighter jets of the 421st Expeditionary Fighter Squadron were also recently deployed over Kandahar during Taliban attacks that killed 50 near the Kandahar airport.

Next to the F-16 squadron, the U.S. Air Force operates MQ-1 Predator and MQ-9 Reaper combat drones for close air-support missions out of Kandahar and Jalalabad airfields. (U.S. intelligence agencies also operate a number of combat drones in the country.)

NATO and Afghan forces continue to adapt to capability and capacity gaps.

President Trump and the War in Afghanistan: What You Need to Know

A situation report on the current terrain.