On Sunday morning, a Chinese warship transited the Tsugaru Strait, which separates the northernmost major Japanese island of Hokkaido from Aomori prefecture in Honshu. The strait allows passage between the Sea of Japan and the Western Pacific.

The ship in question was the Tianlangxing, with pennant number 854. The Japanese Ministry of Defense released two images showing the vessel in transit.

According to the Japanese side, the vessel entered Japan’s 12-nautical-mile territorial sea for a period of 90 minutes.

The Japanese government did not clarify if the vessel did anything inside Japanese territorial waters that would violate innocent passage; under the United Nations Convention on the Law of the Sea, warships are permitted passage through territorial waters under certain conditions.

According to a Japan Times report, a similar incident had occurred in 2000, when Japan Coast Guard officials noted that a “Chinese Navy surveillance ship passed through the Tsugaru Strait. 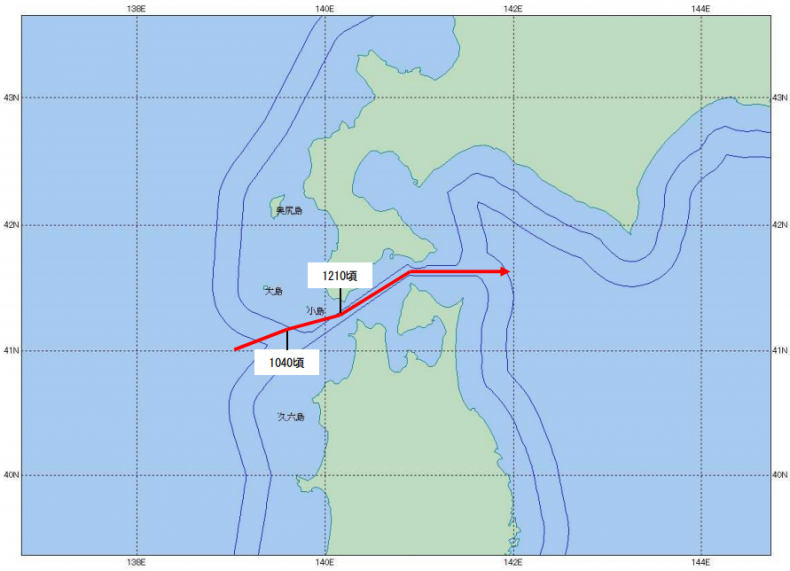 The Chinese Ministry of Defense released its own statement reacting to the Japanese release about the Tianlangxing‘s passage.

“The Tsugaru Strait is a non-territorial strait and therefore, international ships such as naval ships have the rights of navigation,” China’s defense ministry noted, according to a translation of its statement provided by Reuters.

“The activities of China’s warship are in line with international laws and Japan has ulterior motives with its accusations and hyping up of the situation.”

The episode in the Tsugaru Strait came shortly after the United States Navy carried out a freedom of navigation operation (FONOP) within the territorial sea of Triton Island in the Paracel Islands in the South China Sea.

In its reaction to that operation, China did not specify any link between the U.S. Navy’s FONOP and the PLAN vessel’s transit of the Tsugaru Strait.

The Tsugaru Strait holds special strategic significance as it is one of the few passageways through what Chinese strategists call the “first island chain” — a chain of islands that separates continental East Asia from the Western Pacific.

As the Chinese Navy has sought a more expeditionary role, it has started to test various straits and channels providing access to the Western Pacific.

In the last year, the PLAN and the People’s Liberation Army-Air Force conducted multiple exercises and transits through the Miyako Strait, Bashi Channel, and even the Tsushima Strait, which connects the East China Sea to the Sea of Japan.

The Tsugaru Strait holds strategic value for China as it is one of the shortest routes for PLAN North Sea Fleet vessels to reach the Northern Pacific and even Alaska.

Incidentally, the Chinese Ministry of Defense’s justification for the transit showed similarities to language used by Chinese in 2015 when PLAN vessels transited Tanaga Pass in the Aleutian chain off Alaska.

“The Strait of Tanaga is for international sailing. In accordance with the UN Convention on the Law of the Sea and the geographic condition of the Strait, all ships passing the Strait have the right of transit passage,” Chinese Foreign Ministry spokesperson Geng Shuang noted at the time.

Chinese Defense Ministry to Japan: 'Get Used To' PLAAF Operations Through the Miyako Strait

China wants Japan to get used to seeing its military vessels and aircraft transit the Miyako Strait.

China continues to apply a double standard to EEZ surveillance.

Once again, China has sent a Type 815 AGI to observe RIMPAC.