Diplomat author Mercy Kuo regularly engages subject-matter experts, policy practitioners, and strategic thinkers across the globe for their diverse insights into U.S. Asia policy. This conversation with Dexter Roberts – fellow at the University of Montana’s Maureen and Mike Mansfield Center; formerly China bureau chief and Asia News editor for Bloomberg Businessweek in Beijing – focuses on his recent book, The Myth of Chinese Capitalism: The Worker, The Factory, and The Future of the World (St. Martin’s Press 2020).

Why is “Chinese capitalism” a myth? What other myths are detailed in your book?

The myth is that China is becoming more capitalistic. And by capitalistic, I mean continuing to open its economy, and that the very real reforms that began under former leader Deng Xiaoping some four decades ago are still continuing. But the reality is that economic reforms have stagnated while the government seems ever more intent on strengthening its hand over the business and society.

Another myth is that China is on a path toward a vastly expanded middle class and that it can accomplish that without integrating the roughly one-half its population of migrant workers and people from the countryside, who today are still treated as second-class citizens. And another myth is that, fueled by relentless economic growth, a much stronger and less brittle China will emerge with an authoritarian system that will become a model for countries around the world.

How has the relationship between the worker and factory changed under Xi Jinping’s leadership?

Under Xi Jinping the demographic shift toward an older population with fewer workers has intensified. That’s meant ever higher manufacturing wages that make China’s workers now more expensive than in Malaysia and Mexico. In response, the leadership has strongly pushed the automation of China’s factories, under the Made in China 2025 plan, and the goal of replacing workers with robots has become a national priority. At the same time, Xi has presided over a sweeping crackdown on China’s once strong labor movement, locking up leaders and shutting down their organizations, even as tensions have grown between workers and management in factories and elsewhere. Now with COVID-19, migrant workers are feeling even more unwelcome in the cities where they have long worked and the resentment they feel about their ill treatment is growing. 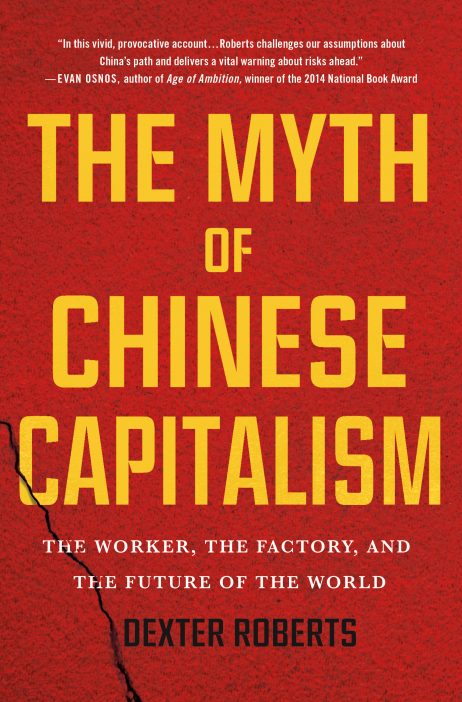 What is China’s plan to transform the economy from its old “Factory to the World” model?

Along with automating its factories and upgrading the value of the products it manufactures, China’s leadership wants to transform its economy to one much less reliant on exports and much more dependent on domestic consumption or the buying power of the Chinese people, as well as on services. The old model based on cheap labor is no longer sustainable and also proved too polluting and energy-wasteful. So the Chinese leadership wants to grow the proportion of GDP made up of domestic consumption, which today amounts to only around 40 percent, some 20 percentage points lower than the world average. At the same time, China wants to see the development of higher-end tertiary industries serving the new economy, whether it be jobs writing mobile apps or e-commerce applications. Most new employment, however, instead has been in low-paying trades like restaurant and retail and the motorcycle delivery courier business.

What is the impact of COVID-19 on China’s political economy?

While China’s cities are emerging from under the shadow of the virus, and returning to normalcy, that is not true for the countryside. Migrants have found it difficult to come back to the cities where they worked, as urbanites — who increasingly view them as unwelcome outsiders and potential carriers of disease — try to block their return. Many of their jobs are those most hurt by the virus, including in export factories now suffering from the global downturn and in restaurants that have lost their customers. This is a threat to the government’s ability to rule. While the implicit bargain whereby the Party guarantees ever rising living standards in exchange for its citizens not demanding full civil rights continues to function in the cities, this is less and less true in the countryside. As jobs disappear and incomes stagnate, China will see more protests by those who are being left behind.

What will be the top challenge in the U.S.-China relationship for a Republican or Democrat president?

Even with an apparent truce in the trade war, the tension between the U.S. and China in the economic and political realms remains huge. At its most basic, the dispute is between a rising country with aspirations to assume a more powerful place on the world stage and another that has long been accustomed to being the only superpower, and has no desire to see its standing weakened. Any future U.S. president will deal with the difficult reality that the two countries have opposing visions of their respective futures, and each would like to undermine the other. At the same time the challenges facing the world — whether they be weapons proliferation, nuclearization, climate change, or the coronavirus — mean it is ever more essential that the world’s number one and two most powerful countries work together.

How to Read China’s Unwritten Rules and Regulations

By Viktar Fedaseyeu and Adam Yu

China relies on implicit regulations to encourage innovation while containing its potential risks. Firms doing business in China must embrace the nature of its regulatory culture.

How Is China Doing on ESG Goals?

Chinese firms are moving in the right direction, but they lag behind Western firms that must follow ESG goals in order to compete.