On June 20, the Associated Press reported an outbreak of COVID-19 within the U.S. Embassy in Kabul, Afghanistan, quoting an anonymous source who said that up to 20 people were infected, “the majority of them Nepalese Gurkhas, who provide embassy security.” Beyond this, there was no further mention of the Nepali guards, or the fact that the bulk of the U.S. Embassy’s security team in Kabul is actually Nepali. This may come as a surprise to American readers, many of whom are unaware of the extent to which the United States relies on migrant workers in Afghanistan.

While the embassy’s several hundred Nepali guards are not technically “Gurkhas” — Nepali soldiers who fought for the British and Indian Armies in conflicts ranging from World Wars I and II to the 1962 Sino-Indian War — Nepalis and other international workers play a similarly essential role for the United States in Afghanistan. The ongoing global pandemic demonstrates just how vulnerable many of these workers are, and points to the wider ways in which global conflicts disproportionately affect those from the world’s poorest countries.

While U.S. policy in Afghanistan has shifted from administration to administration, the one constant has been an increased reliance on contractors over military personnel. In March 2011, at the peak of then-President Barack Obama’s troop surge, the Congressional Research Service reported that there were 90,000 contractors and 100,000 military personnel in Afghanistan. Later, as the number of troops decreased, the number of contractors declined at a more gradual rate, leaving nearly four contractors for every soldier in 2015, before the Trump administration stopped releasing figures on troop levels in late 2017.

Roughly equal numbers of Americans and third country nationals – or TCNs, meaning workers who are neither American nor Afghan — have worked as U.S. contractors in Afghanistan to date. Most TCNs come from other poor countries in Asia, as well as Africa, Europe, and elsewhere. Through contracts and subcontracts, the U.S. Department of Defense currently employs over 11,000 TCNs as guards, cooks, mechanics, laundry workers, and various other positions on and off American bases in Afghanistan. Hundreds more TCNs are employed by the Department of State and USAID.

In general, TCNs receive lower salaries than American workers and are treated worse when sick or injured, according to Noah Coburn, an anthropologist who studies various aspects of the war.

“The international media rarely pays attention to the plight of these international workers,” says Coburn, who interviewed numerous Nepali contractors for a 2017 book on TCNs. “In some instances the companies that employ these workers, or the even more legally-questionable manpower firms that traffic workers to conflict zones, send injured workers home for medical treatment to avoid both the cost and the political scrutiny of treating these workers in Afghanistan.”

A World War II-era U.S. law known as the Defense Base Act requires contracting companies to buy workers’ compensation insurance for all their employees, including TCNs, yet this law is not always enforced. A 2011 audit by the Special Inspector General for Afghanistan Reconstruction (SIGAR) found that many Army subcontractors had left their workers uninsured or only partly insured.

Meanwhile, even when TCNs are insured, they are frequently unaware of their rights. Among over two dozen contractors this author has interviewed, few had any real awareness of their legal protections. As a result, employers can get away with not filing claims for their employees and not reporting incidents to the U.S. government, according to Matthew Handley, an American lawyer who has represented dozens of Nepalis and other TCNs in compensation-related cases. Handley says that in most of his cases, his clients did not know they were insured under the Defense Base Act and their employers never filed claims for them. Given the poor reputation military contracting companies have earned over the decades — from Blackwater’s infamous 2007 Nisour Square massacre in Baghdad onward — some firms may be avoiding filing TCNs’ cases for fear of attracting more public scrutiny.

The U.S. Department of Labor, which oversees Defense Base Act compensation programs, announced some modest reforms after an investigation by ProPublica and congressional hearings in 2009 drew attention to abuses by insurance companies. The hearings concentrated mainly on abuses suffered by American contractors in Iraq and Afghanistan. However, it is difficult to assess how the reforms affected TCNs, because the insurance claim-related data that the Department of Labor publishes are not disaggregated by workers’ nationalities. 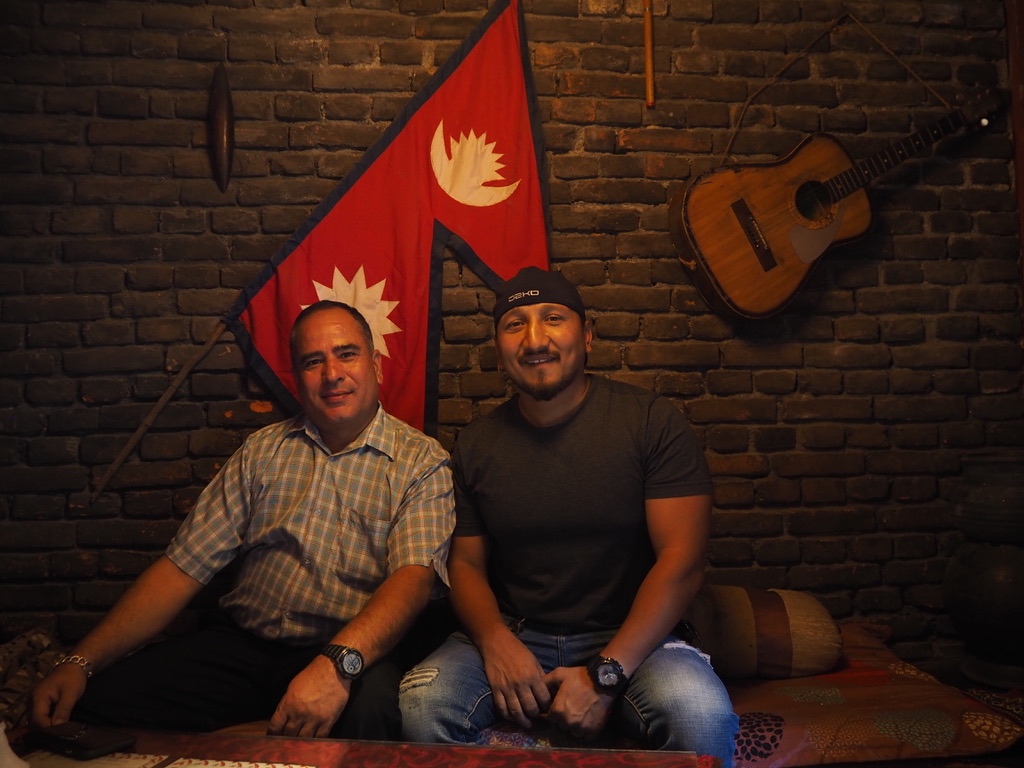 Nepali workers themselves often point to the U.S. Embassy as one of the better places to work in Afghanistan, despite several scandals associated with the companies supplying these workers. Unlike smaller subcontracting outfits, GardaWorld – the multinational security corporation that currently employs the Nepali guards at the embassy – is subject to more official scrutiny.

Yet until recently, many U.S. Embassy guards resided in small, densely packed compounds away from the embassy, according to former employees. Daily commutes could be dangerous: In 2016, 13 Nepali and Indian guards were killed while driving from their compound to work at the Canadian Embassy in Kabul. However, all U.S. Embassy guards moved into single-occupancy rooms within the embassy compound in 2019, according to a current guard who asked not to be identified.

With the rise of COVID-19, a new danger has emerged for these and other TCN workers, but its severity remains difficult to assess since there is so little transparency in the private contracting industry.

In regard to the ongoing pandemic, a spokesperson for the U.S. Embassy confirmed the outbreak to The Diplomat but declined to discuss the condition of staff, saying, “The embassy is implementing all appropriate measures to mitigate the spread of COVID-19.”

For Nepal, sending large numbers of workers to Afghanistan – Coburn estimates 50,000 since 2001 — has been a double-edged sword. On the one hand, Nepali workers can typically earn more in Afghanistan than they can in Nepal or other popular labor destinations like the Gulf or Malaysia. Remittances from Afghanistan and elsewhere have helped Nepal stay afloat during recent decades of high unemployment, political turmoil, and recovery from a devastating 2015 earthquake.

Janak Bhandari, a Nepali who worked in Iraq and as a guard at Bagram Airbase in Afghanistan from 2011 to 2015, told The Diplomat that he used his earnings to educate his sons in Kathmandu and Australia. “I couldn’t have educated my sons like I did if I hadn’t gone to Iraq and Afghanistan,” he says.

Yet for others who lost life or limb in Afghanistan, the marginally higher salaries were not worth the risk. Dhan Kumari Pun Magar, who lost her husband Chandra in a Taliban attack in Kabul last fall, says, “Besides dealing with my grief, I constantly worry how I will pay for my son’s and daughter’s education, and how I will support my father-in-law, who has many medical expenses.”

COVID-19 has made all this uncertainty even more terrifying. 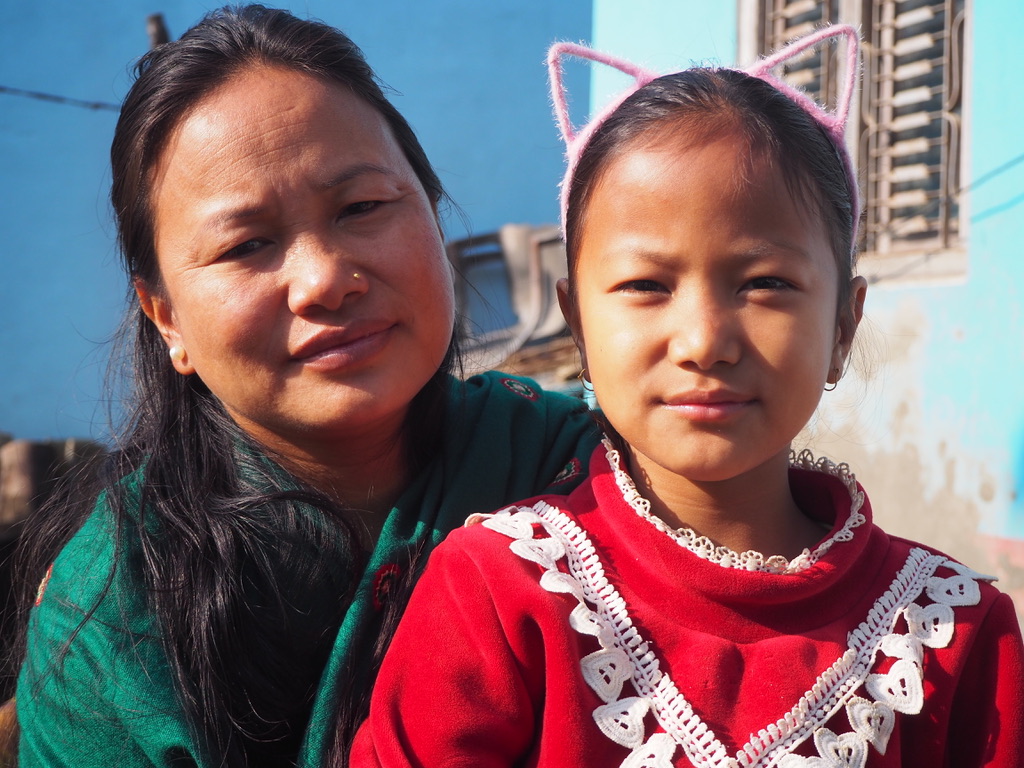 Dhan Kumari Pun Magar, whose husband was killed in Kabul in 2019, with her daughter Smriti. Photo by Peter Gill.

For Nepalis and other TCN workers, COVID-19 has heightened anxiety about safety as well as where to get treatment — and who will pay for it — if one becomes infected.

For others, it has put life in limbo.

One U.S. Embassy Kabul guard, who was on vacation in Nepal when the country went into lockdown, says he is still unsure when he will be able to return to work. “We’re stuck here. Nepal is still unstable, and so many people remain unemployed. It’s been three or four months, and I want to get back to work.”

From finances to family gatherings, the pandemic reshaped all aspects of one of Nepal’s most prominent holidays.

As in many other parts of the world, Pakistan’s anti-vaxxers are turning to fake vaccine certificates to dodge government restrictions on unvaccinated individuals.