Art Basel, the world’s most well-known public art fair, opened for the first time in 1970 in Switzerland. Art Fairs like Basel made collections of galleries from various countries accessible to both critics and students, allowing wealthy buyers to collect pieces from around the world without travelling beyond Europe. In 2013, Art Basel opened its first Asian branch in Hong Kong. The same year, the Art021 Fair appeared in Shanghai.

European and Asian public art fairs, however, have developed at different paces. Despite optimistic statistics of this year’s sales, 2017 remained the most prominent for Basel with 90,000 visitors, 4,000 artworks, and the highest selling point of $2.2 million for a contemporary piece. In comparison, Chinese art sales first peaked in 2011, crashing in 2018 when the Chinese yuan weakened due to the ongoing trade war. As one art fair review commented, buyers in China take more time to decide on pieces and set a deal for artwork compared to their Hong Kong or Western counterparts, resulting in two consecutive years of declining sales.

This year is a different story, with 2020 proving to be the best year yet for Shanghai’s public art sphere. When the Shanghai art fairs opened their doors at 9:00 a.m., over 100 VIP visitors had already arrived in anticipation of sales beginning at noon. The Art021 and West Bund art fairs sold nearly all of their works in three hours — an astonishing rate for the Chinese art scene, let alone during the COVID-19 pandemic. Many galleries changed out their pieces in the middle of the week, so Art021’s VIP visitors even saw different works than those displayed during days open to the public.

The impact of COVID-19 on the fairs was widely felt. Only a few international galleries — mostly the largest and richest — were present. Collectors, however, showed up in droves both in person and online. As the first offline art fair since the beginning of COVID-19 restrictions, Lihsin Tsai, senior director of Hauser & Wirth art gallery, indicated that many collectors came to the fairs with the goal to “revenge shop” after a long dry spell of seeing works virtually. 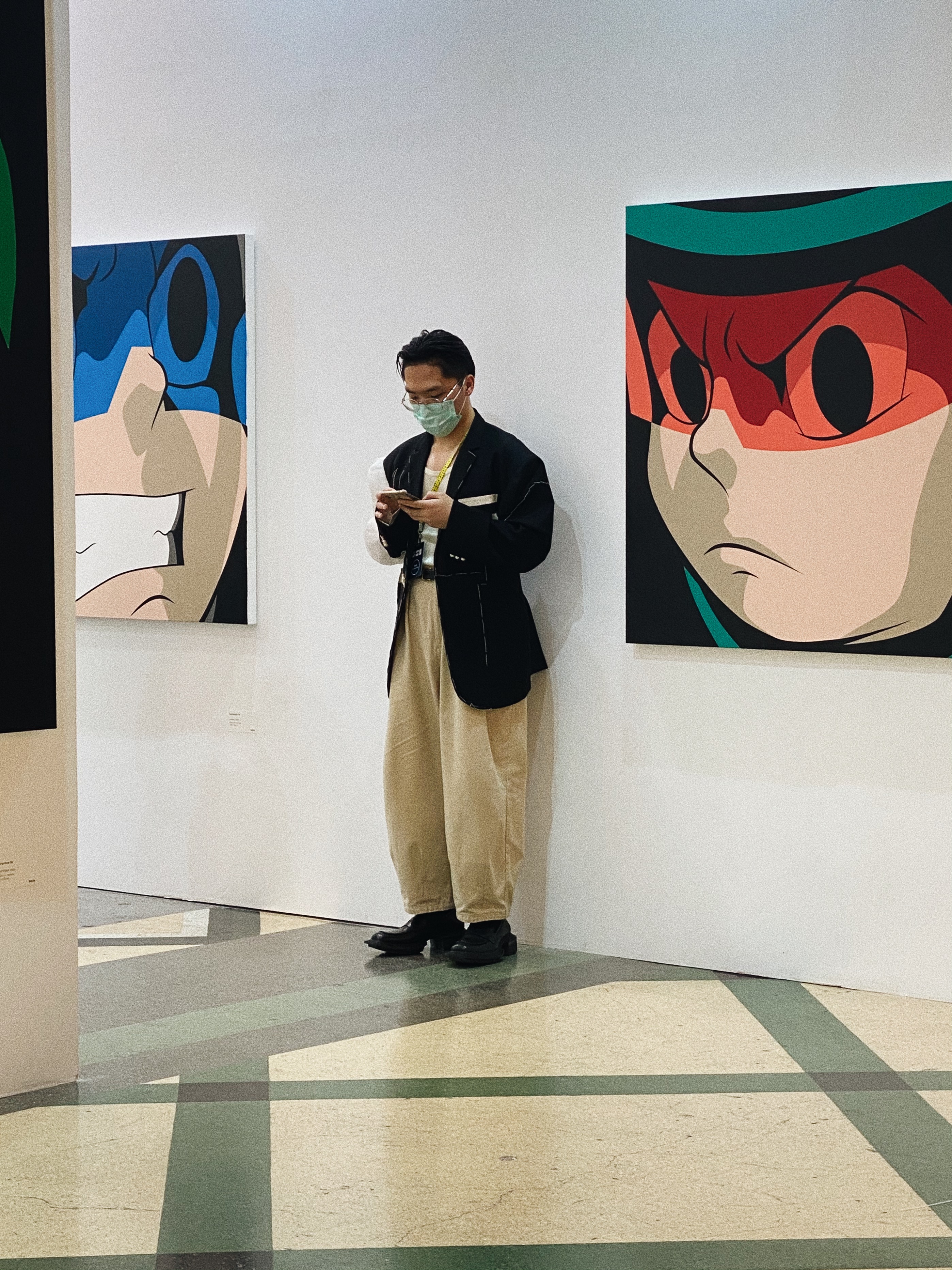 This recent boom can also be attributed to the new modern Chinese collector, who is not only wealthy, but also quite young. While art was traditionally seen in the houses of nobility, today purchasing works has become a status symbol for wealthy businesspeople. Similar to other countries, Chinese artists are finding that their works have become commodity pieces or potential investments for profit-generating resale.

This trend of putting status over demonstrated interest is not unparalleled. When Vietnam became a new production hub for Western companies, “new money” resulted in wine shops appearing throughout Hanoi. The Vietnamese elite would sit on terraces and drink European wines, but it was more a signaling of status than a leisure activity. Chinese engagement in public art fairs appears to have a similar story: The trend of fashionable youth collecting art may say more about public perception than it does about the art itself.

The relatively low price tag on the international market has also inspired new Chinese audiences to collect art. While prices depend on the size of the gallery, the size of the piece, or if the work is from an overseas artist, tags range anywhere from 10,000 to 100,000 Chinese yuan ($2,000 to $20,000) at smaller galleries to 850,000 Chinese yuan ($130,000) at the largest galleries with the most renowned artworks. These numbers are generally less expensive than what Western audiences consider “affordable” at around $6,000-$7,000 a piece.

Galleries and artists present at public art fairs have felt the impact of this modern collector in the marketplace. The art market in China is experiencing growth not only in demand, but also in volume. Most of the galleries in China can afford to participate in two fairs simultaneously. As a result, similar gallery names could be seen across the 110 participants of the two most prominent fairs in Shanghai: Art021, the more eclectic of the two, and West Bund, the more stylistically organized. In comparison to the typical curatorial editing processes that define high-end art collection and museum exhibits, art fairs allow collectors to bargain and receive deals on pieces, while works receive greater exposure that can quickly raise an artist’s profile.

Despite increased demand, the gallery landscape is still difficult to penetrate for newer Chinese artists. Career paths largely depend on connections or luck with the right gallery owner. As one collector mentioned, “the Central Academy of Arts doesn’t bring up unique talents and artists exist in their own cliques, so it’s hard to find something new.”

The presence of the young collector is also leading Chinese artists to prioritize the domestic market. Chinese artists first found commercial success among foreign audiences in the 1990s. Nowadays, despite the attractive potential of selling abroad, Chinese artists put a lot of effort and dedication into the huge — and art-hungry — domestic market. Overseas Chinese creators also contribute to this landscape by providing healthy competition, and graduates from London and New York shone brightly at the two Shanghai art fairs.

The longevity of China’s new, young art collector has yet to be seen; however, even their temporary presence in the Chinese art market will hold long-term effects. Beyond galleries and artists, museums have also felt increased pressure with the growing popularity of art, hosting free events, special tours and openings to popularize themselves throughout the week. The art sphere is a constantly evolving environment, one in which the tastes and attentions of museum developers, galleries, popular artists, curators, and collectors continually shift. In China, the combined forces of increased attention from international galleries, growing demand for art from modern Chinese collectors, and ongoing development of artists and experts could not only propel public art fairs further into the public limelight, but also breathe new life into art collection in the Chinese domestic market.

To learn more about art in China, please contact Ekaterina Kologrivaya via her LinkedIn profile.

Shanghai Protests, But Not Too Far

China’s middle class has rarely taken part in political activism over the past 30 years. They are now voicing their discontent – to a point.

One Shanghai resident reflects on his experience during two weeks of COVID-19 lockdown.

Biden and Modi have a robust engagement calendar. The U.S. should leverage these opportunities to develop an ambitious roadmap for deepening defense ties with India.