On April 22 and 23, U.S. President Joe Biden will convene the biggest diplomatic event yet in his administration: the Leaders Summit on Climate, designed to reinvigorate U.S. leadership on the biggest crisis facing the planet. Biden has invited 40 heads of state and government from around the world to take part in the virtual two-day discussion.

The Asia-Pacific region is particularly crucial in the fight against climate change. China is the world’s top emitter, accounting for over 26 percent of global emissions (number two, the United States, contributes less than half that, at 12.7 percent). In total, eight Asia-Pacific countries are among the world’s top 20 emitters, according to data from the World Resources Institute. Besides China as the top emitter, that includes India (fourth), Japan (sixth), Indonesia (eighth), South Korea (11th), Australia (14th), Pakistan (18th), and Vietnam (20th). Together, those countries account for over 44 percent of global emissions, meaning their cooperation will be crucial for combating climate change. And many of these countries are still developing their economies, meaning demand for electricity will grow. The decisions countries like India, Indonesia, Pakistan, and Vietnam make as they seek to power their growing economies will reverberate for decades.

All of the Asia-Pacific countries listed above received invitations to the Leaders Summit on Climate, with one notable exception: Pakistan. That did not go unnoticed in Islamabad, where some saw it as a snub. “In Pakistan, public and government officials are annoyed over the country’s exclusion from the summit despite the fact that Pakistan is fifth most vulnerable country to climate change,” Umair Jamal, a Pakistan correspondent for The Diplomat, noted back in March. Experts told Jamal that the Biden administration is continuing a long tradition of viewing the Pakistan-U.S. relationship entirely through the lens of security – and specifically the Afghan conflict. Pakistani leaders are hoping to change that, but they won’t get the chance this week. 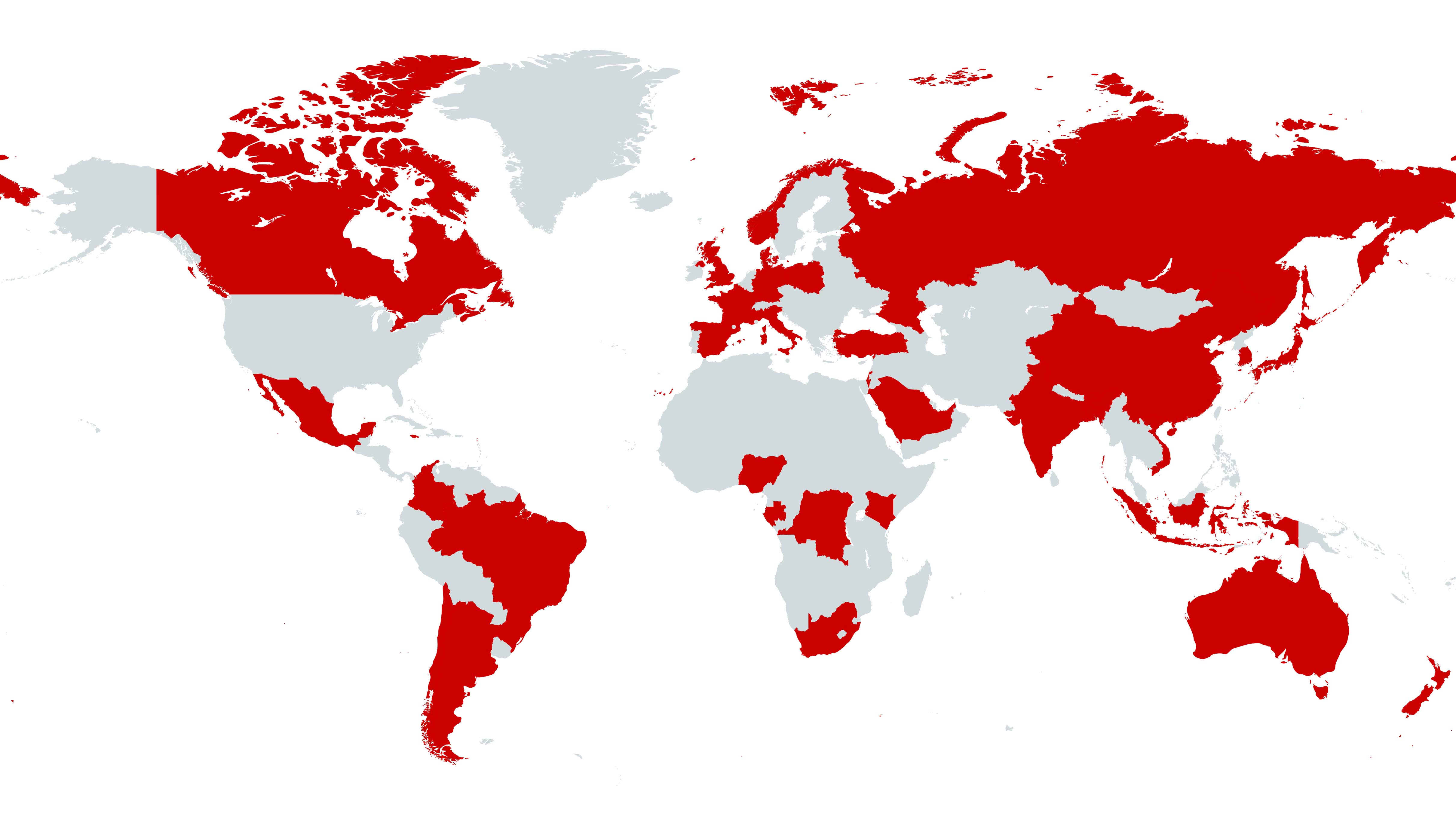 The countries marked in red will have their leaders speak at the climate summit this week.

Fiji was another country piqued by its exclusion. The Pacific Island countries face perhaps the most existential threat from climate change – the complete loss of their territory – and have made the issue a signature theme in their international engagements. Before Biden was even inaugurated, Fiji’s Prime Minister Frank Bainimarama extended an invitation to the future U.S. president to travel to Fiji in August 2021 for the Pacific Islands Forum, with climate change high on the agenda. Thus, some in Fiji, as in Pakistan, read the exclusion from Biden’s first major climate event as a snub.

The U.S. government, though, says the summit is focusing on the world’s biggest emitters, rather than the most vulnerable or outspoken countries. “The primary objective of the Summit is to encourage the world’s major economies, and especially the original members of the Major Economies Forum on Climate and Energy, which together represent 80 percent of global emissions and 80 percent of global GDP, to enhance ambition to keep the goal of limiting warming to 1.5 degrees Celsius within reach,” the State Department’s summary of the summit notes.

But it adds that “the President will bring other crucial voices into the conversation by inviting leaders of countries that are key stakeholders in the climate fight, including those that have demonstrated strong climate leadership, are especially vulnerable to climate impacts, or are charting innovative pathways to a net-zero economy.”

In Asia, that category includes states like New Zealand, Singapore, the Marshall Islands, Bhutan, and Bangladesh. New Zealand’s Prime Minister Jacinda Ardern, for instance, will speak on “investing in climate solutions,” while Singapore’s Prime Minister Lee Hsien Loong will speak on “unleashing climate innovation,” according to the official schedule. Meanwhile, the Marshall Islands was invited by virtue of its role in founding and co-chairing the High Ambition Coalition, which helped push forward the Paris Agreement and is currently aiming to “play a key role in promoting ambition in the run up to COP-26.” Bangladesh’s Sheikh Hasina was included to recognize her role as leader of the Climate Vulnerable Forum, and Bhutan likely merited an invite because of its status as an “unparalleled carbon sink” – the tiny Himalayan kingdom actually has negative emissions, thanks to its use of hydropower and heavily forested land.

The other countries on the list are also in the ranks of top emitters of Asia, so their contributions are needed to make meaningful pledges for emissions reductions. It’s also notable that, of the 12 Asia-Pacific countries whose leaders were invited, all are close U.S. partners or even formal allies – with the glaring exception of China. As the world’s top emitter, China could hardly be left out of such a gathering. To boost the chances of meaningful participation from Beijing, U.S. Special Presidential Envoy John Kerry traveled to Shanghai for discussions with his Chinese counterpart last week. Even then, China didn’t officially confirm Xi Jinping’s participation until the day before the summit.

Meanwhile, some of the notable countries from the Asia-Pacific whose leaders did not get an invite will be represented at the ministerial level. Fiji’s minister for economy and Pakistan’s federal minster of climate change will both speak at the event, as will Thailand’s minister of natural resources and environment and the Philippines’ secretary of finance.

By Shannon Tiezzi and Ellen Knickmeyer

In a sign of the issue's important in the overall relationship, climate envoy John Kerry will be the first high-ranking Biden official to travel to China.

Can China and the United States Cooperate Fully in Tackling Climate Change?

On the political level, there's little incentive to cooperate. But businesses from the two countries have every reason to work together.

By Florentine Koppenborg and Ulv Hanssen

The previous conservative government approved in 2018 the prosecution of Bernard Collaery and his client, a former spy publicly known as Witness K.

How to Fix China’s Population Crisis: Say Sorry to Women

By Mei Fong and Yaqiu Wang

Chinese women are owed profound apologies for the extensive and inhumane acts committed against them during the one-child policy years. But genuine contrition doesn’t stop at words.

Inter-regional solidarity in the face of aggression is welcome. But there are hard limits to hard commitments outside of a country’s home region.