In China’s northwest, government work teams are attempting to popularize the observance of holidays common to the Han majority. Having received hands-on instruction from their government-assigned Han “relatives” mere moments before, a group of Kazakh women crowded around a table and attempted to wrap zongzi, or sticky rice dumplings, for the upcoming Dragon Boat festival (referred to hereafter by its Chinese name, Duan Wu). As the tightly-tied, reed-bound dumplings steamed inside a large vat, over 100 participants packed inside a government “grassland station” where they were entertained by local performers singing and dancing to familiar Kazakh tunes. As the music ended, the jovial event turned more somber. Han cadres proceeded to distribute copies of the Xinjiang Uyghur Autonomous Region De-extremification regulations and lecture about “cherishing the good life, [while] condemning violent terrorism.”

Warned about the dangers of “extremism” and implored to be grateful to the Chinese Communist Party (CCP), listen to the party, and follow it, the non-Han attendees were finally prepared to indulge in the zongzi and by doing so, participate in the Chinese nation.

At first glance, the event appears unremarkable. Measured against extrajudicial mass incarcerations – resulting in the separation of parents from children – forced labor, and government “homestays,” a state-sponsored Duan Wu celebration seems benign, lighthearted, and even a much-needed relief from the constant barrage of state violence. Yet the participants did not appear celebratory and carefree despite officials declaring the event “came to a close in a cheerful, enthusiastic, and stimulating atmosphere.” Perhaps that’s because the Duan Wu activity was held on the second day of the holy month of Ramadan, when observant Muslims fast from sunrise to sunset. 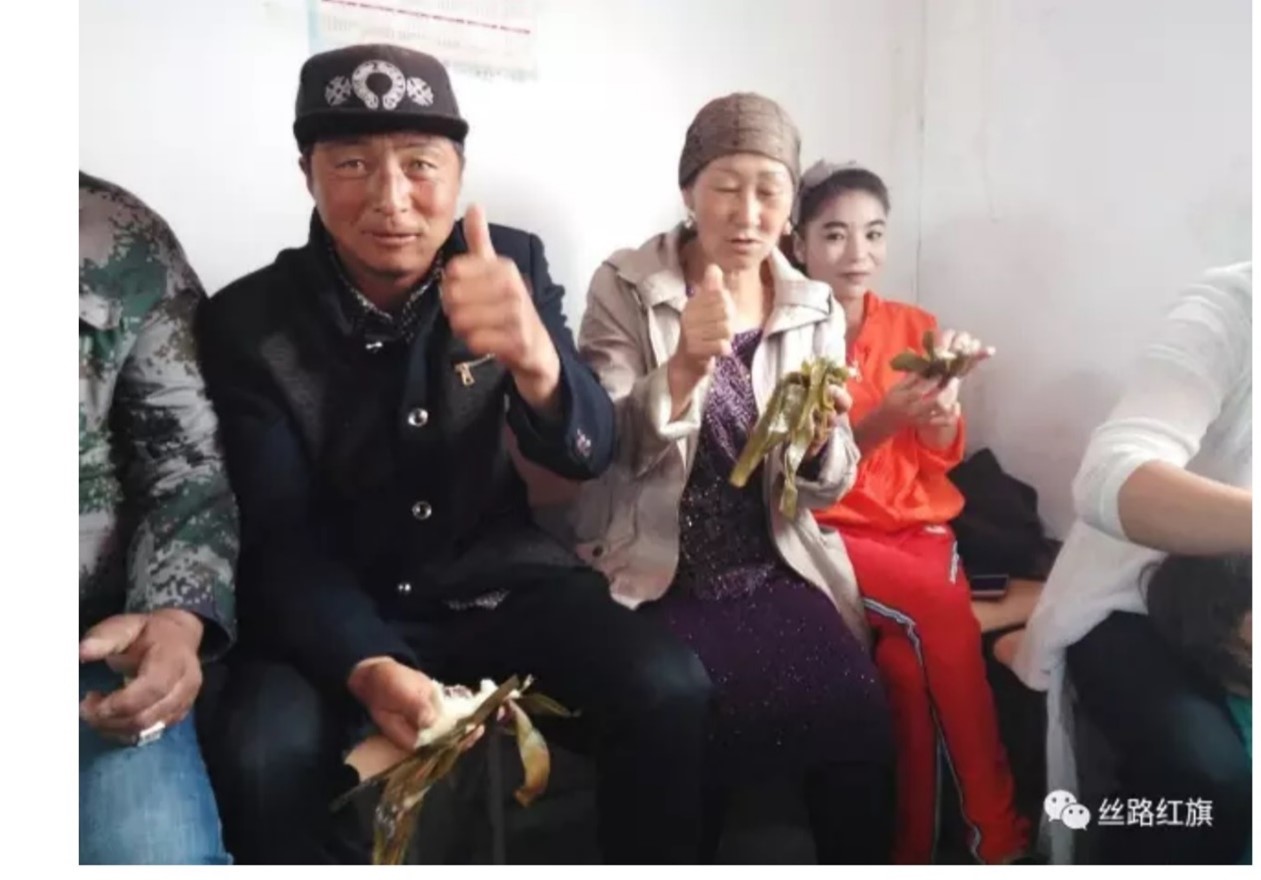 The event provides important insights into the Chinese Communist Party’s unrelenting campaign to weaken religious sensibilities and ethno-national loyalties among Turkic groups in Xinjiang Uyghur Autonomous Region (XUAR). Aside from the criminalization of normal religious observances and the desecration of sacred sites, Turkic ethno-national groups throughout the region have also been compelled to observe traditional Chinese holidays such as Spring Festival and Duan Wu. As Kazakhs were folding reed leaves in a grassland station, Islamic clerics – invited by local officials – were tying the rice dumplings in Changji.

During Ramadan 2018 (but six days before Duan Wu would be celebrated), fanghuiju teams in Kashgar brought zongzi-making tutorials into Uyghur homes. Indeed, CCP work teams throughout Kazakh and Uyghur communities have exploited the recent calendrical proximities and overlapping of Ramadan and Duan Wu to “attack” Islamic observances and supplant them with Chinese secularism. This strategy is not unlike the Soviet’s hujum de-Islamization campaigns that initially targeted traditional women’s clothing, but ultimately sought to completely dismantle Islamic authority structures. 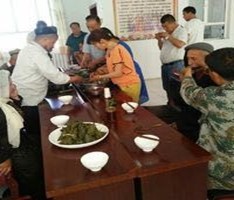 To be clear, the CCP is earnestly promoting “traditional Chinese festivals” across the country. Since China signed onto UNESCO’s Intangible Heritage Culture initiative in 2004, its leaders began reviving distinctly “Chinese” festivals and elevating them to national holidays. By 2007, officials began drafting legislation that would recognize Lunar New Year, Qingming, Duan Wu, and Mid-Autumn festivals as public holidays. Xi Jinping has since vigorously promoted his own “neotraditionalist” agenda. He declared that “outstanding traditional culture is a country and a nation’s basis for continuation and development,” and some locales have discouraged citizens from celebrating “Western” holidays.

Therefore, to a certain extent, government-organized Duan Wu celebrations for Uyghurs and Kazakhs can be understood as the CCP tapping into Western democracies’ reliance on banal nationalism – the daily practices that evoke, reify, and reproduce the nation. Similar to the observance of federal holidays in the United States, a practice that encourages heterogeneous – especially immigrant – populations  to “commemorate[e] the history of the nation,” Chinese festivals seek to (at least officially) minimize ethnic difference and promote inclusion. To this end, cadres in Kashgar describe Duan Wu as “a traditional holiday of the Chinese people with a history spanning over 2,000 years…[It] is an important component of the Chinese Nation’s cultural heritage, it is an important vehicle for displaying and promulgating outstanding national culture, and it is an effective measure for promoting patriotic education.” As such, events are infused with patriotic songs and retelling the legend of Warring State Period poet Qu Yuan and the origins of Duan Wu.

But these publicly staged performances are not merely pedestrian exercises in nation building. To begin, David Tobin has already demonstrated that the CCP relegates Uyghur festivals to private life while pushing Chinese holidays into the public, which perpetuates ethnic hierarchies. Specifically, Duan Wu celebrations – especially making and consuming zongzi during Ramadan – shines light on the destructive depths of the CCP’s assimilation project: It requires Turkic Muslims to – quite literally – imbibe Han Chinese culture. Work teams throughout the region have been encouraging women to discard indigenous cuisine and adopt staple foods of Han people, but if the holiday falls within Ramadan (as it did in 2105, 2016, and 2017), full participation in Duan Wu required observant Muslims to abandon religious convictions as they ingested zongzi’s sticky fillings. Since an act as ambiguous as not returning gratitude to CCP work teams has resulted in detention, Kazakhs and Uyghurs had few options but to comply. 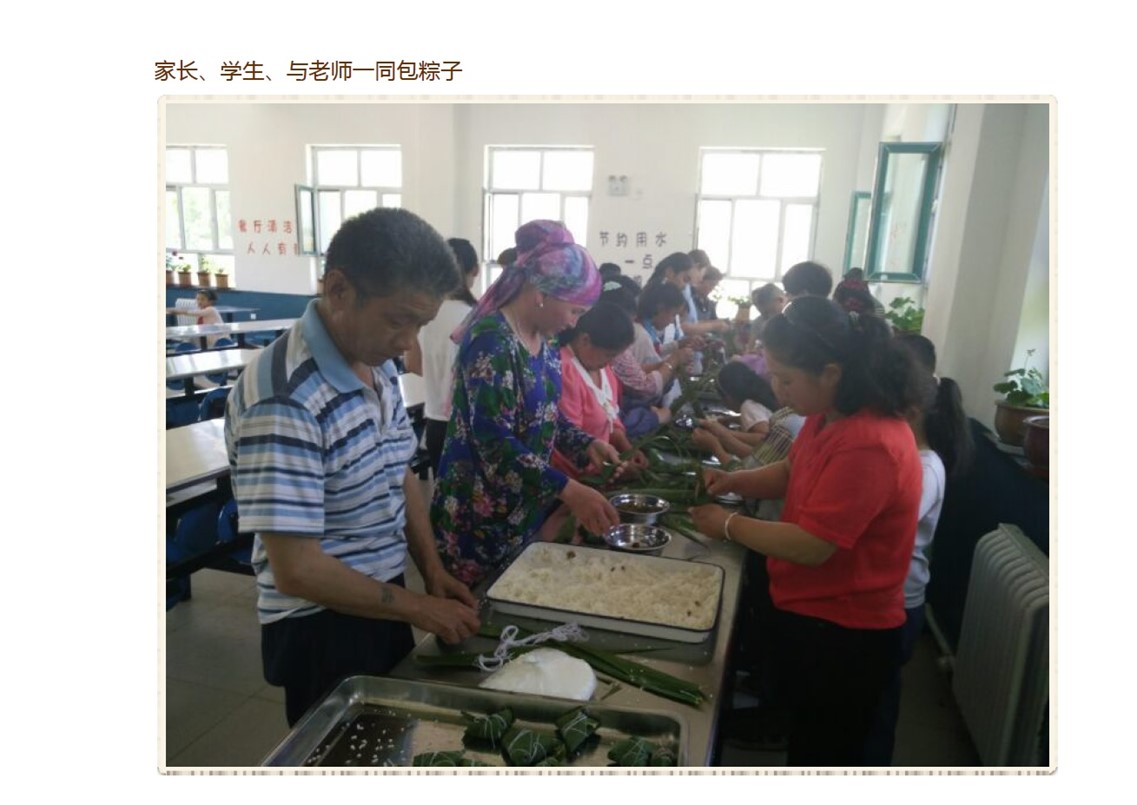 Fully aware of the power they possess over these communities, CCP cadres can act with impunity toward Islamic observances. Teachers and administrators used Duan Wu to discuss “affairs related to Ramadan” before wrapping and eating zongzi together. In a Payzawat County village, cadres prepared zongzi (and braised beef) for “non-believers, those who do not observe the fast, cadres, retirees, and children.” Children queued as officials hand-fed them pieces of dumpling. In addition to providing dumpling-making tutorials, Han work teams in Kashgar used events called “I’ll teach relatives how to make zongzi, [let’s] unify hearts this Duan Wu” to tell Uyghur families about the “origins, purposes, and meanings of Ramadan” as well as to convince them about the “physical harms caused by fasting.” A work team leader summarized its Duan Wu event with a metaphor: “[O]ur work team company party branch organized ethnic minority masses to carry out this zongzi-making event… each and every person, each and every ethnic group is like a grain of rice or a red date, the reed leaves are like the fatherland. We must unite and never separate from each other.” 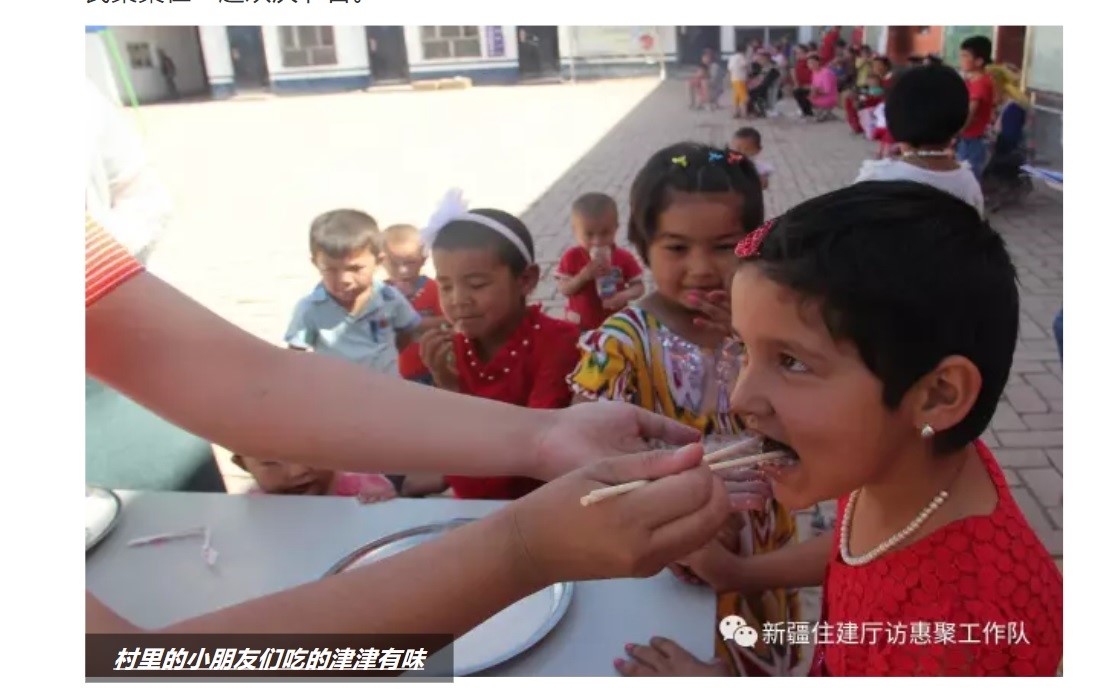 State-hosted Duan Wu celebrations in Uyghur and Kazakh communities provide critical lenses for understanding the CCP’s intolerant approach to nation building. Similar to official rose-colored descriptions of the Chinese nation that claim eternal connections and continuous cooperation between the majority Han people and 55 ethnic minorities,  grassroots cadres introduce Duan Wu to Kazakhs and Uyghurs as an all-inclusive Chinese holiday. However, by the event’s end, non-Han individuals are faced with the heavy reality that participation in the holiday (and membership in the Chinese nation) requires renunciation of ethno-religious identities.

The author is grateful to Guldana Salimjan and Paul Christensen for their insightful comments on an earlier draft of this article.

Chinese athletes must navigate not only their chosen sports but also CCP redlines, online nationalism, and corporate demands.

Will the Pakistan military under Gen. Asim Munir favor peace talks with the TTP, or a return to military operations?