Reflecting on the brutal 1989 crackdown by the People’s Liberation Army on protesting students and activists who had occupied Beijing’s sprawling Tiananmen Square, Chinese writer Ma Jian once wrote “We were all victims of the massacre, whether we survived 4 June or not. Fear and avarice were crushing morality.” More than three decades later, as news of the Chinese Communist Party’s (CCP) repression in Xinjiang and Hong Kong becomes alarmingly commonplace, it is hard not to think of the past as prologue, that massacre was harbinger of the CCP’s slow but steady turn toward totalitarianism, now so starkly evident. The party’s fear and avarice continue to crush morality, with even greater impunity.

But because of this very link between the CCP’s past and present penchant for brutal silencing of dissenting voices, interest in the events of the spring of 1989 continues unabated, with new accounts of the massacre and the events leading up to it emerging in the recent years. A new book, “Tiananmen Square, The Making of a Protest: A Diplomat Looks Back,” by former Indian Foreign Secretary Vijay Gokhale greatly adds to this collection. A diplomat’s analysis shaped by firsthand experience – Gokhale was posted in the Indian Embassy in Beijing at the time, and later served as India’s ambassador to China – the book is, simultaneously, an excellent introduction to a tumultuous period in CCP history as well as a window into how senior Indian officials view the party and its beliefs.

In an email interview with The Diplomat’s Security & Defense Editor Abhijnan Rej, Gokhale discusses the massacre, how it was perceived abroad, and the long shadow it cast over China’s subsequent evolution.

You were posted in Beijing as an Indian diplomat during the events of 1989 in Tiananmen Square. What is the one memory from that time that is still vivid for you?

This event was a defining moment in Chinese politics. I still vividly recall the situation as if it were yesterday, and have dwelt on it in my new book. The abiding memory is of the thousands of Chinese students who came to the Square day after day to demonstrate peacefully. For a brief moment in time there was a spirit of openness and questioning, and I saw a side of the Chinese people that I have had no occasion to see again. 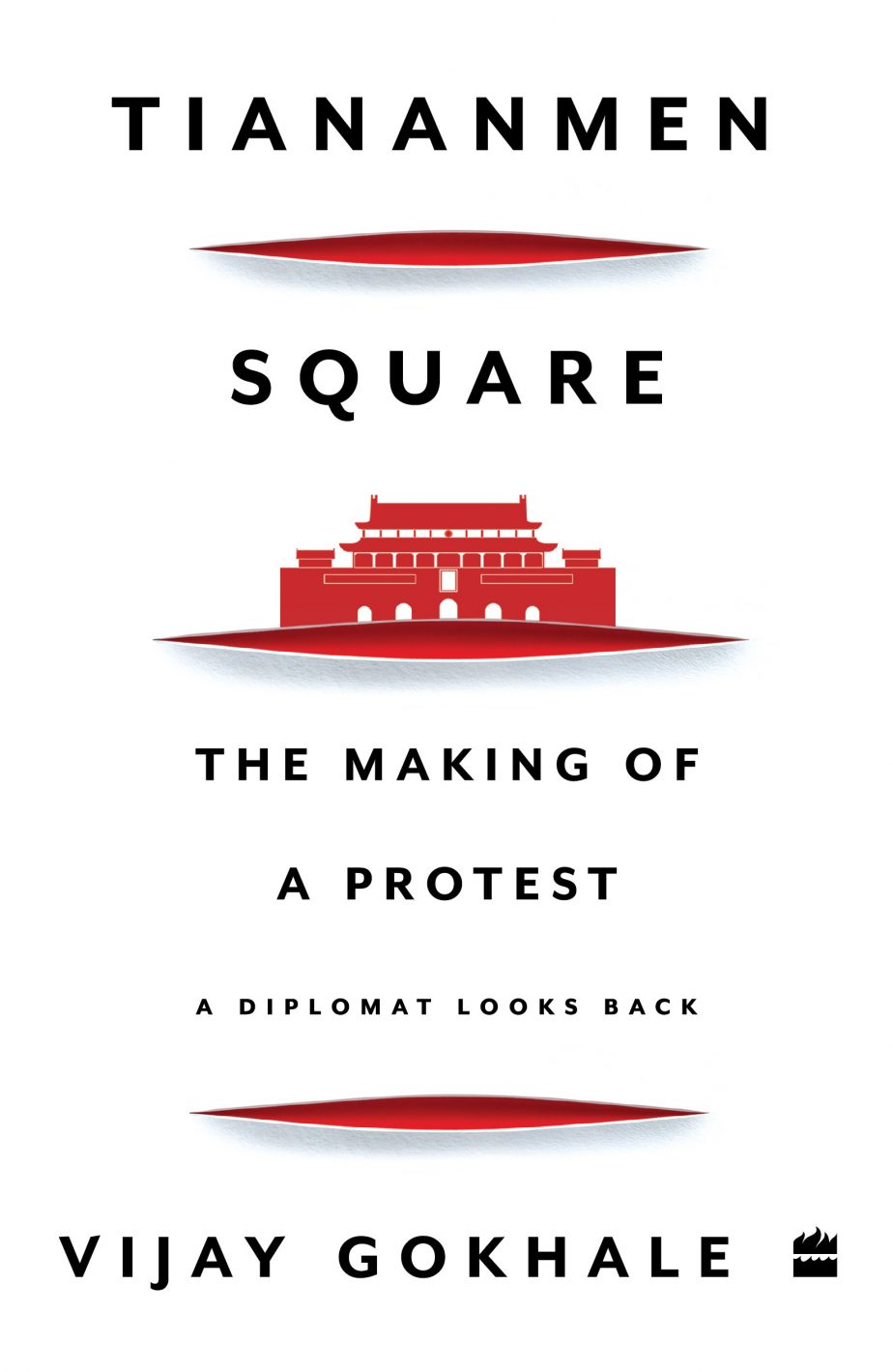 What was the thinking in New Delhi both about the short- as well as long-term impact of the massacre on China’s domestic trajectory and international relations?

After a long gap of 34 years, India had restarted the dialogue with China at the highest level after Prime Minister Rajiv Gandhi’s visit in December 1988. In the short term, the government in New Delhi was concerned that the newly established equation might be disturbed by these political developments. Public consciousness in India about the developments in China was not as high as in the West and, therefore, the happenings in Tiananmen [Square] did not evoke the sort of interest and introspection as it did elsewhere. The Tiananmen Incident did not disrupt India-China relations and, in fact, marked the beginning of a new modus vivendi that survived until very recently.

At one point in your book, you write that following the dissolution of the Soviet Union, “The Chinese leadership drew the inference that America, and the West, in general, desired to effect regime change in communist states.” Decades later, how prevalent is that sentiment in China?

Since American Secretary of State John Foster Dulles talked about the desire of the West to effect “peaceful evolution” in Communist countries in the direction of democracy, the Chinese leadership has always believed that the West desires regime change. This view was reinforced by the Tiananmen protests, behind which the Chinese leadership saw a “foreign hand.” The collapse of the Soviet Union shocked them, and it became a subject for deep reflection and learning. The principal takeaway is that the Soviet Union collapsed because it had turned its back on its own historical and ideological experiences, and that China should remain true to its core belief in Chinese style socialism under the absolute leadership of the Chinese Communist Party (CPC). The correctness of this “line” is being reiterated under Xi Jinping as the CPC begins the second 100 years of its existence.

You also talk about the May 21, 1989 meeting after martial law had been imposed in Beijing where Deng Xiaoping and other senior leaders concluded that political reforms would be a no-go area. To what extent could Western powers discern this stance at that time?

I am certain that the West quickly realized that a factional struggle was underway in the Communist Party of China, and that [then CPC general secretary] Zhao Ziyang’s dismissal would likely lead to a doubling down on any sort of political liberalization. I do not believe that the West, therefore, entertained any illusions about democracy happening any time soon. If there was a misperception by the West it lay in the expectation that China might become more “normal” and thus amenable to Western influences, with engagement and economic progress. For such reason, the West tended to give them the benefit of the doubt until it was too late. In the past decade it has become clearer that the Communist Party of China is unlikely to “Westernize,” and now a policy adjustment is underway on both sides.

Turning to the present, to what extent do you assess increased centralization of power in the hands of Xi Jinping as a contributor to Chinese intransigence, both at home and abroad? Is Xi’s need to appear uncompromising part of his political survival strategy?

At one level, Xi is significantly centralizing authority. His actions appear as a reversal of Deng Xiaoping’s efforts to institutionalize the distribution of responsibilities and diffusion of power in the top leadership. At another level, however, Xi firmly holds as Deng also did, that the survival of the Communist Party must take precedence over all other factors. His current efforts at centralization, rectification, and re-education of cadres, and promotion of party history and values, ought to be viewed in this light. I think Xi regards it as his historical responsibility, and destiny, to keep the flag flying for the CPC by passing the “red gene” of communism onto the next generations. What might be viewed from the outside as a new phase of centralization, could well be survival strategy.

To your mind, what is the single biggest lacunae in contemporary analyses of China’s medium- and long-term trajectory?

We need to thoroughly disabuse ourselves of the notion that the Chinese reason and behave like the West, or even India. They are an old civilization with a long-standing strategic culture and a distinct worldview that is different from that of others. A more in-depth study is needed to isolate and identify the impulses and triggers for action. The West has excellent talent and resources while India has the better civilizational understanding, and collaborative efforts at analysis might yield a more accurate set of benchmarks to determine the long-term trajectory.

China’s Political ‘Coalitions of the Weak’