The braced steel frames are already in place and covered with grey panels. The new Kyoto University of the Arts is currently being raised at the heart of what once was one of the most disgraceful places to be born in Japan: The Sujin area, a few hundred meters east of the central station of Kyoto.

It was precisely 100 years ago, in 1922, that the National Horizon Association (Zenkoku Suiheisha) was founded in Kyoto with the declared purpose to eliminate discrimination directed toward the Japanese underprivileged class, which, with no exaggeration, can be compared to a social caste: the burakumin.

Despite the effort from the association to dispel the perception of those people as sub-citizens (how they were viewed in the past), the long shadow of centuries-old discrimination is still felt to this day.

“Sujin is the burakumin ghetto. I personally don’t think of them badly, but definitely, my parents do, as they expressly told me ‘to be careful’ if I found myself close to them,” said Yudai, a 43-year-old salaryman who comes to Kyoto on Sunday to fish in the Kamo river.

In fact, it is very near this river that the burakumin historically lived, and today many of their descendants still reside here.

“The river was used as a source of water to wash the leather they used to work with,” said Yamauchi who is a local historian and resides nearby.

Yamauchi explained, “The discrimination started as a form of barrier that ‘regular’ citizens put up to distance themselves from employments deemed unclean: killing animals to make leather, but mostly the dirtiest of all jobs, executioners.

“The executioner himself was a samurai, but those who held the headless body that would be spilling blood all over, they were the burakumin.”

Taking a stroll along the riverside, I spotted a dozen people picking up trash along the banks and the dry bed. Minoru is a 60-year-old man who regularly comes here every month to accomplish this community duty. When asked about the burakumin, he told me, “There is no discrimination anymore except maybe when it comes to marriage.”

I then ask him if he would be happy to see his daughter wed to a burakumin. “Well… that could be a problem,” he answered honestly.

The fact that some people I interviewed seemed to be in denial when it comes to the present discrimination (“it only happened in the past” is usually their first answer) may be an unconscious reflex to avoid embarrassment. Many Japanese seek to avoid giving a disparaging image of their own country, especially in front of a foreigner.

This impression was confirmed to me by a 38-year-old woman who works at the community center in the Sujin area.

“Even though I’m from Nara Prefecture I know there is still discrimination going around. I have friends from the Rakuchu area in the north part of Kyoto who told me that they would never even come near Sujin,” she said.

It has to be stressed that this aversion is not because Sujin is a high-crime area. It’s a legacy of doom rooted in the blood of its inhabitants. 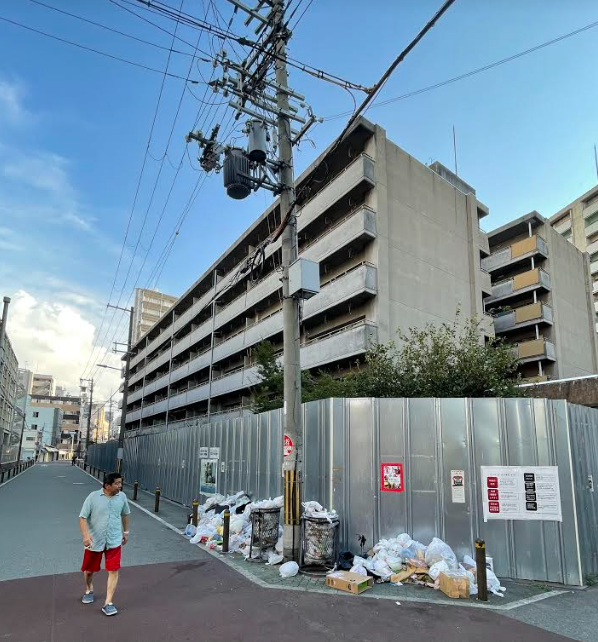 The danchi, buildings the government constructed in place of the old rundown houses in Sujin. Photo by Cristian Martini Grimaldi.

I approached the huge danchi created a few years ago by the government to replace the old slum structures of the past where the burakumin used to live. These are new but anonymous rectangular Soviet-style buildings, good for a modest living but awful for socializing.

“I wasn’t happy when I had to move to the new apartment from my old wooden house,” an old man said, pointing to an abandoned shack at the core of the Sujin area.

“The neighborhood was far livelier back then, the concrete kills the noise but also the mingling,” he said with a trace of nostalgia.

He didn’t hide that he is a burakumin nor did he feel ashamed to tell me his full name – unlike many I tried to interview.

Saegoro Yoshida, 89, has lived in Sujin all his life. He was born and raised right next to the Kamo River. When he retired two decades ago this area was tantamount to a slum, neglected and avoided by all.

He took me to see a small Shinto shrine he helped to renovate. The little shrine was run down when he decided to take care of it. He saved a good amount of money and then fixed it. He proudly pointed to his name, written on the red torii. 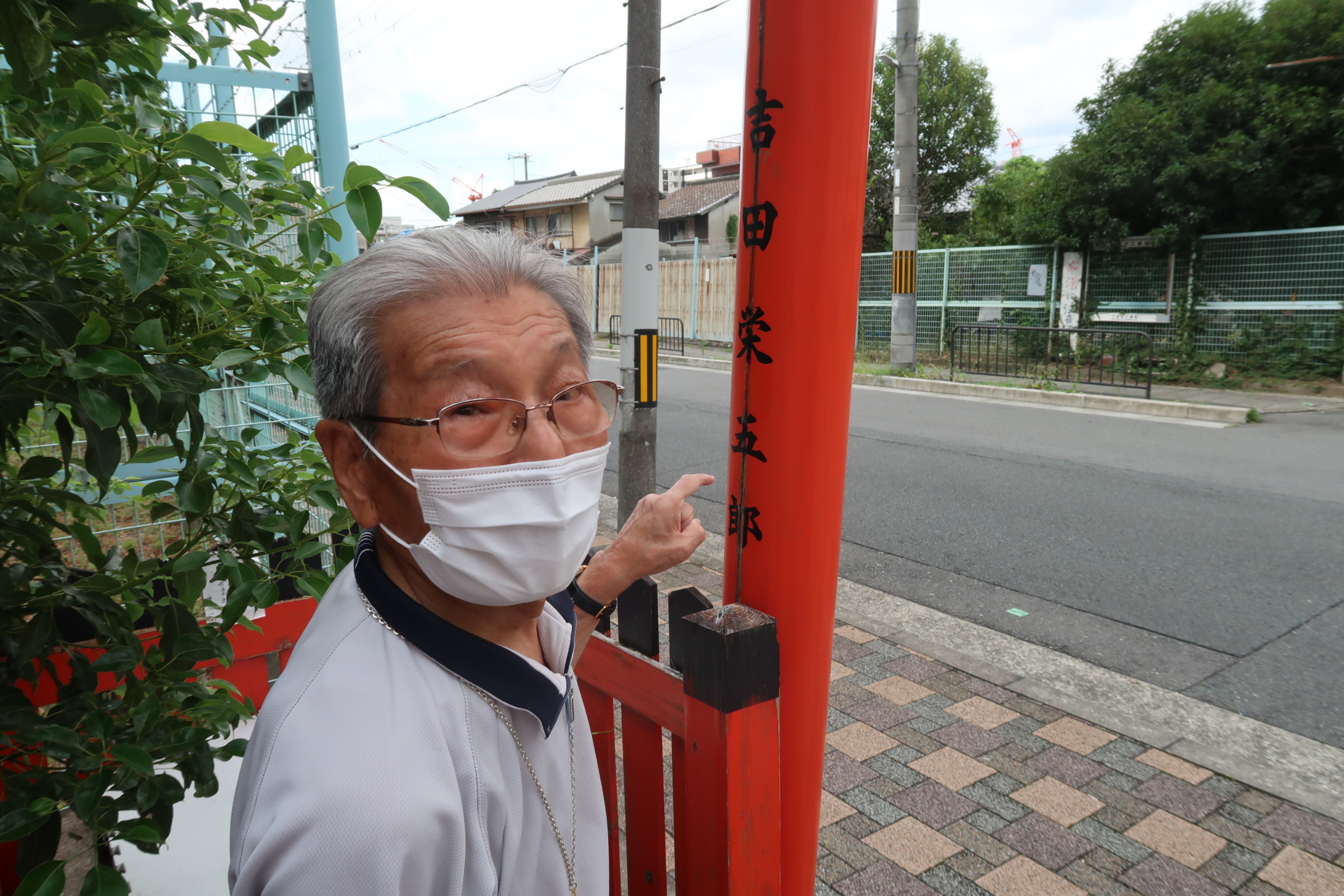 Saegoro Yoshida (a burakumin himself), 89, born and raised in Sujin, points to the torii he helped rebuild. Photo by Cristian Martini Grimaldi.

“When I was young my parents had a hard time finding me a wife because of our background. But I was really lucky because a relative who was in the military was willing to have his daughter marry me,” he told me.

He didn’t say so, but the fact that the girl whom he married was older (very unusual for Japanese) and somehow related to him are clear signs that she was not able to get married herself, and wedding a burakumin was probably her last option.

He was still living in the nagaya (old slum-like houses) when the government finally decided to renew the area and moved the residents to temporary locations. Years later they were asked to come back and move into the public buildings. But among his many neighbors and friends, he was the only one who decided to move back. The main reason, he explained, is that “if you live here you are immediately labeled as a burakumin.”

Within the harsh and unexciting architecture of the public buildings in the Sujin area there is one edifice you cannot miss. It is the Bank of Yanagihara Memorial Museum, a former bank that is now transformed into a museum for the history of the burakumin and is currently temporarily under renovation.

“Built in 1899, [Yanagihara] was the first and only bank in this area,” said Fujioka, a volunteer in the museum whom I reached on the phone. “The population living here were daily workers, living on what they made day by day. They themselves hardly ever used [the bank] as the burakumin were not lent money in the first place.”

The bank closed in 1927. But the Western-style wooden building is still preserved and now acts as a safe for preserving the buried history of this social caste.

Around the corner, close by a shanty house, is an okonomiyaki restaurant, the popular Japanese street food. Aiko runs this business. Her 60-year-old younger brother, whom I will call Tadashi for privacy reasons, comes to help her on the weekend, even though he has a regular job as a public worker.

“Here the food is incredibly cheap,” he said, pointing to the menu board written by hand on the wall. “The reason is that despite the effort from the government to improve this area, many poor people still live here. They simply can’t afford a more expensive meal.” 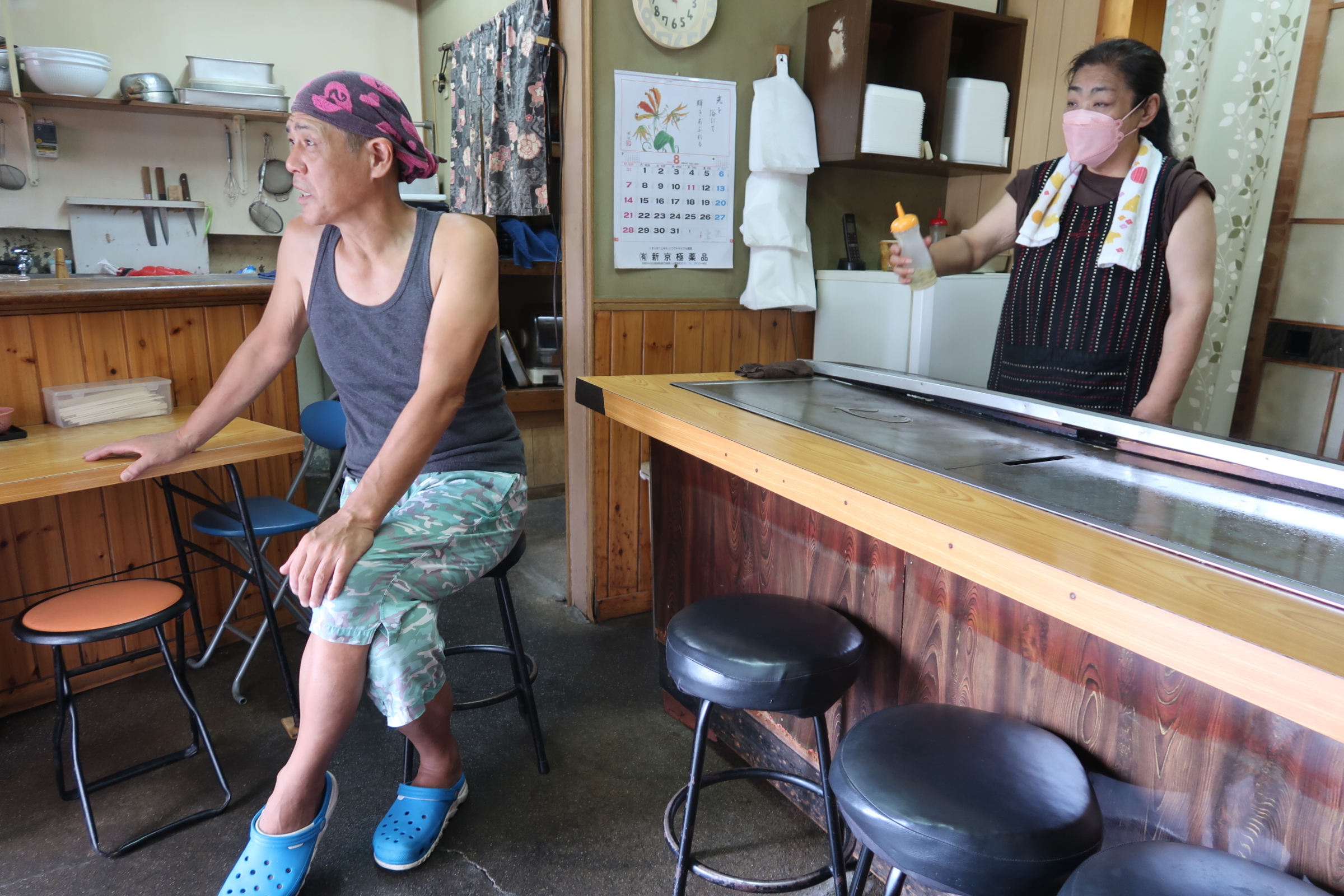 In the okonomiyaki restaurant in Sujin, Aiko, the woman, is the owner. She keeps her menu prices very cheap in order to help the poor who live in the area (among them many burakumin). Photo by Cristian Martini Grimaldi.

Tadashi used to live here himself.

“As a burakumin guy I had to withstand some discrimination, but for the girls, it was worst. If they wanted to get married it was tough,” he said, pointing to his older sister, who was preparing some food.

He has two daughters and, like others I spoke to, his children are the reason why he decided to finally move out.

“The common perception is that in 2022 there is no more discrimination, but that’s only the surface,” he said. He referred to the concept of tatemae vs honne: what people show in public (tatemae) versus what their inner feelings really are (honne).

“If I were to raise my daughters in this area, that would’ve marked them forever as buraku, and when it comes to marriage in a country like Japan that puts much importance on blood it means that finding a lifetime partner for them would have been a huge challenge,” he said.

In that way, little has changed for the burakumin since Saegoro Yoshida was looking for a wife 70 years ago. 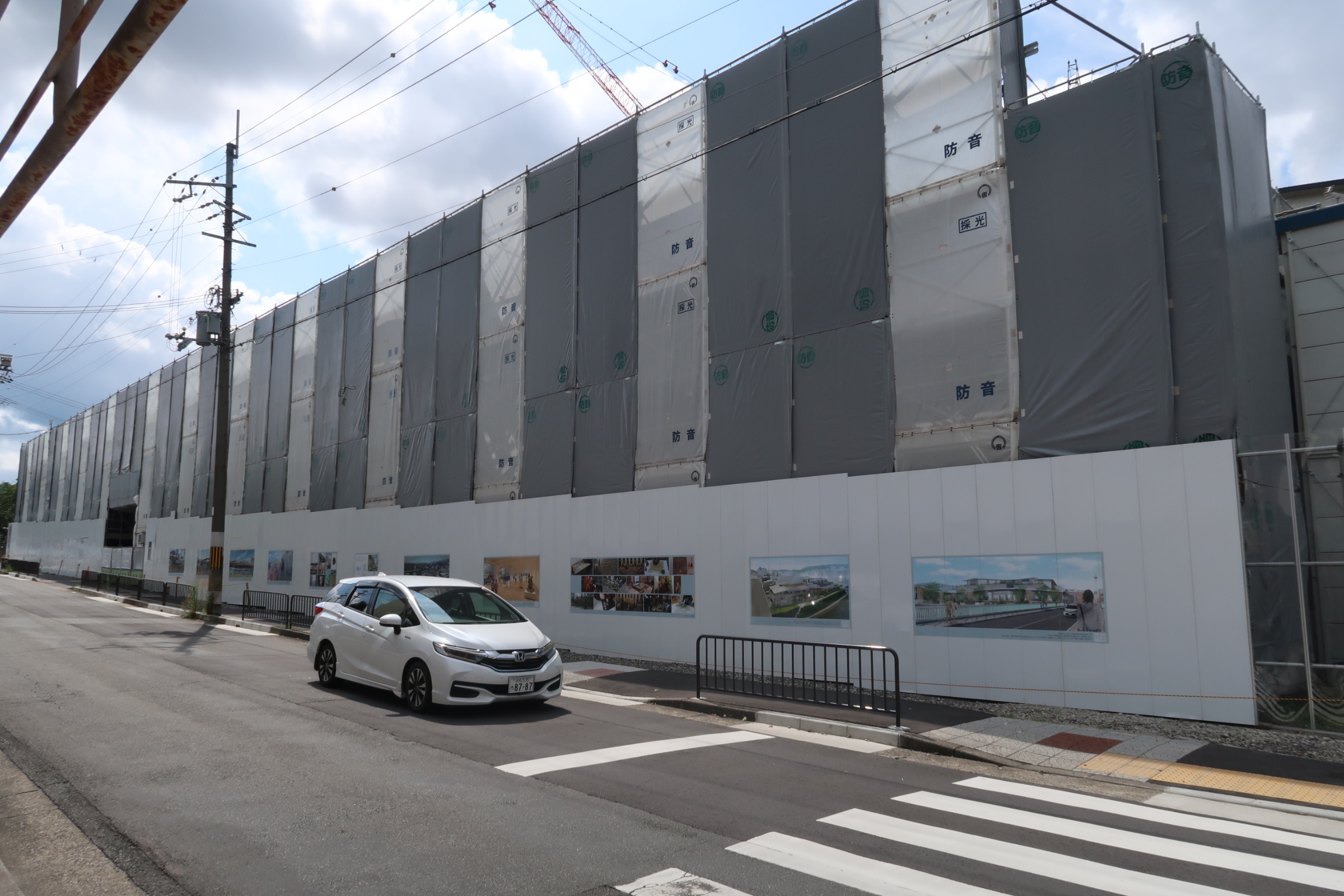 The new university being built where the burakumin old residences used to stand in Sujin. Photo by Cristian Martini Grimaldi.

The shocking murder highlighted Abe's unique stature. But aside from the high-profile target, the killing fit a pattern of lone wolf attacks in Japan.

As Ukraine is burned and bombed, one family builds a bridge from Kyiv to Japan.