In October-November 1962, India and China fought a war in the Himalayas over their contested border, which culminated in India losing some 45,000 square kilomters of territory in Ladakh. In the 60 years since that war relations have improved. The two countries built robust economic ties and engaged in several rounds of negotiations that resulted in agreements on confidence-building measures and steps forward to resolve their border dispute. Yet the border running through an inhospitable and uninhabited terrain remains unsettled.

Indeed, while the Line of Actual Control (LAC), the de facto border between the two countries, has been quiet by and large, tensions and transgressions have erupted from time to time, increasing sharply in the past decade. Matters came to a head in June 2020, when Indian and Chinese soldiers engaged in a violent face-off in the Galwan Valley in Ladakh, the first time in 45 years that blood was spilled along the LAC. This was just weeks after some 50,000 Chinese soldiers backed by tanks and armored personnel carriers camped near the LAC and took up positions in five places, preventing Indian forces from patrolling, as they had done till then, to the extent of their claim line. Chinese aggression along the LAC and intransigence at the negotiating table reaffirm India’s fears that Beijing is not interested in settling the border.

In his book “Understanding the India-China Border: The Enduring Threat of War in High Himalaya” (London: C Hurst & Co. 2022), author Manoj Joshi draws attention to Beijing’s “use” of the “fuzziness” of the LAC “to periodically heat up the situation so as to keep New Delhi off-balance.” India “has the potential of being an equal to China,” Joshi told The Diplomat’s South Asia editor, Sudha Ramachandran in an interview, pointing out that an “unsettled LAC is a convenient means” of keeping India’s rise “in check.”

In your book, you argue that there are “striking” similarities and differences between the situation in 1962 and 2020. Could you explain?

Well, both crises developed over Ladakh. The Chinese claimed then as now that the LAC was the same as they had claimed in November 1959. But this was not true then, as now. The Chinese were nowhere near the LAC of today in 1959. Only subsequently, they moved west and in the war, overwhelmed a number of Indian posts and established the LAC.

The important differences lie in the fact that India is much more capable militarily and in the case of the Kailash Range response, it made it clear that it had the capacity to respond and would respond. However, both sides were cautious and did not build up their forces to the point where they could fight an actual war.

Sixty years after India was defeated by China in the border war, Beijing seems to have outmaneuvered India again over the last two years. What has India lost this time around?

The Chinese action in April-May 2020 was in the form of blockades, which have prevented India from patrolling areas of the LAC that both sides claimed and patrolled by mutual consent. This could be anywhere up to 2,000 square kilometers of territory if you count the Depsang Bulge, the Kugrang river Valley, Galwan, Pangong, and the Charding Nala areas.

More than territory, India has lost its trust in China. Having patiently built up a confidence-building regime to maintain peace and tranquility (through agreements reached in 1993, 1996, 2005 and 2013), India has seen it crumble in the face of Chinese actions. You could theoretically fashion a new regime, such as creating no patrol zones in many areas, as indeed has been done in some areas that were in contention in 2020. But this will be minus trust. It will be hard to implement because you never know where and when Beijing will shift its goalposts again.

India and China pursued talks for decades, reached CBM agreements, and even signed a border defense cooperation agreement in 2013. In your book, you argue that China is not interested in clarifying the LAC. So what changed?

When India signed the 1993 and 1996 agreements, India’s military and economic power were roughly similar to that of China. But today in both areas the Chinese are way ahead of India. In the 1990s, the Chinese accepted themselves as equals of India, but today they feel they are far superior and that India should accept the situation and the geopolitical consequences of their inferiority.

As for the LAC clarification, the Chinese find the unsettled LAC a convenient means of keeping India off-balance and ensuring that this Asian country that has the potential of being an equal to China remains in check. This is an adjunct to an older policy of aiding Pakistan whose hostility towards India is well known.

If Sino-Indian tensions along the LAC are “not about the border,” what underlies these tensions then?

The answer is there in the previous question. China believes in a hierarchical global system, and it is seeking to be taken seriously as a peer of the United States, but it considers countries like India to be powers of the second or even third level. For example, it does not accept the notion of India having primacy in South Asia. It is also about China’s longer perspectives relating to the Indian Ocean region where India has several geopolitical advantages.

China’s position on Depsang has changed since 1962.  Why? Can you throw light on the situation there now, especially in the context of sections in India describing this as a “legacy issue,” although it is part of the territory that the PLA transgressed into in April 2020?

As my book has described, all the Indian posts in Depsang were wiped out by the People’s Liberation Army on day one of the 1962 war. These were roughly located along Patrolling Point (PP) 10-13. But after the war, while China occupied the Chip Chap river valley, they ignored the area to the south of it, in the Depsang region, and the Indians started sending their patrols and asserting their claim. There was a similar blockade by the Chinese at Depsang in 2013. But the issue was resolved and Indians again started patrolling this area between PP 10-13. 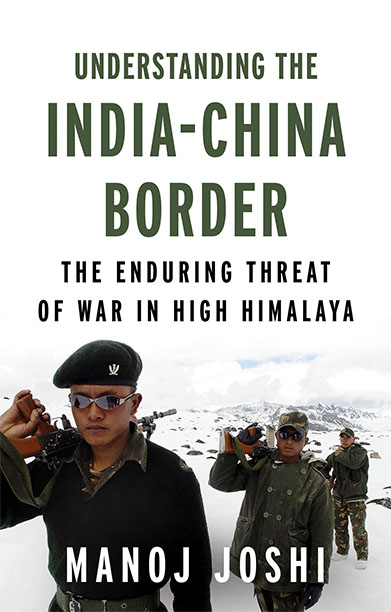 In 2020, as part of their military moves in eastern Ladakh, the Chinese again blockaded Depsang. Speaking to Parliament on the issue, India’s Defense Minister Rajnath Singh acknowledged problems with Chinese blockades in Pangong Tso, Galwan, and other areas but he did not mention Depsang. Considering that this was by far the largest area denied to Indian patrols, this was strange. Indian military leaders even claimed that this was a “legacy” (previous ongoing) issue and was not part of the April-May action.

Why was the Chinese military action of 2020 such a surprise for India?

First, of course, was that it took place when the COVID-19 pandemic began to grip the world. But more important was the fact that by and large Chinese and Indian confidence-building measures to maintain peace and tranquility had been working despite periodic hiccups. In 2017, they had a major face-off in Bhutanese territory in Doklam, but this had been settled through negotiations in a couple of months.

Thereafter, President Xi Jinping and Prime Minister Narendra Modi, who met each other frequently in bilateral and multilateral meetings, instituted a new system of informal summits, presumably to thrash out ongoing problems, even while developing close cooperative ties. The first summit was held in Wuhan in 2018, and the second in Chennai in 2019, just months before the Chinese action of 2020 in Ladakh. Given this tenor of improved relations, the Chinese moves were a surprise.

What do you see unfolding along the LAC in the event of the Dalai Lama’s demise?

Nothing along the LAC as such, which is becoming increasingly militarized since 2017. But the Chinese, who are determined to Sinicize Tibetan Buddhism, will set up their own Dalai Lama and the Tibetan movement, which has depended on the prestige of the current Dalai Lama, will lose steam. In the Xi era, the Chinese have unleashed a trend of seeking to amalgamate all minority peoples into the Chinese mainstream.

In your book, you say that China’s strategy in the Himalayas is similar to that in the South China Sea. Could you explain?

Initially, the Chinese made no claim on the border till January 1959, and only then did they say that it had not been delimited. Likewise, we heard little of the Chinese in the South China Sea till the Vietnamese made a submission to the United Nations on the issue of its continental shelf in 2008 or 2009. [China’s approach since then] has involved incremental advance and militarization.

“For Beijing, it is a bargaining chip for an eventual ‘swap’ and the recognition by India of the occupation by China of Aksai Chin.”

The establishment of buffer zones in areas of disengagement is eating into territory formerly under Indian control.

The Origins of Today’s Sino-India Tensions

No Breakthrough at 15th Round of China-India Talks

An agreement on disengagement of troops at Hot Springs, Demchok and Depsang remains elusive.