On Wednesday, China’s Sanya Maritime Bureau, located in Hainan province, announced a navigational restriction in the South China Sea ahead of a military exercise, ostensibly for the People’s Liberation Army-Navy (PLAN). The restriction announcement and exercise come days after the United States Navy conducted a freedom of navigation operation inside China’s illegal straight baselines in the Paracel Islands. China restricted navigation through the area for a period of 24 hours, expiring on Thursday evening. 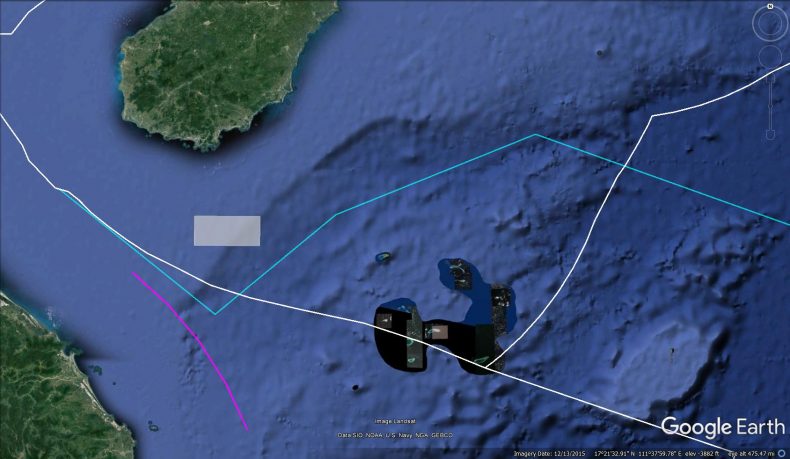 The location of the exercise is within China’s exclusive economic zone south of Hainan Island, with the southeastern edge of the restricted perimeter roughly 110 nautical miles from Triton Island, one of the disputed islets in the Paracels that the USS Decatur, an Arleigh Burke-class guided missile destroyer, sailed near last week. The exercise does not overlap with waters claimed by Vietnam or other South China Sea claimant states.

China has not publicized details of the ships participated in the drill or specified if it was scheduled in advance.

The PLAN has carried out reactive exercises ahead of and after certain developments in the South China Sea. For instance, ahead of a July 12 ruling by a Hague-based tribunal on its disputes in the Spratly Islands with the Philippines, the PLAN held an exercise in and around the Paracels. The Hainan Maritime Safety administration declared a more capacious maritime exclusion zone then.

The Chinese Ministry of Defense said that Thursday’s exercise was a “normal search and rescue” exercise, according to Reuters. Thursday’s drill is indeed fairly unremarkable given that it is taking place in non-disputed waters, but the proximity to the Paracels, where the United States carried out its latest freedom of navigation operation, does draw attention.

What the Pentagon Thinks of China’s Military

The U.S. Department of Defense’s 2016 report on China’s military offers a detailed look into the PLA.

China's Navy Just Got Better at Detecting and Taking Out Submarines

With the commissioning of the Gaoxin-6, the PLAN's anti-submarine warfare capabilities receive a major boost.

China's artificial islands are a symbol of its revisionism in the South China Sea, but they're also militarily significant.

A Chinese film showcases the increasing might of the People's Liberation Army Navy.