On Wednesday, a U.S. Navy Arleigh Burke-class destroyer, the USS Dewey, sailed within 12 nautical miles of a Chinese artificial island in the South China Sea. Specifically, the U.S. Navy destroyer sailed near Mischief Reef, a Chinese possession that hosts one of Beijing’s seven artificial islands in the disputed Spratly Group.

Wednesday’s transit by the USS Dewey marks the first freedom of navigation operation (FONOP) by the Trump administration since its inauguration in January and the first such operation since the October 2016 operation in the Paracel group by USS Decatur.

The operation comes a week before regional governments in the Asia-Pacific will send delegations to the annual Shangri-La Dialogue in Singapore — a major track 1.5 defense dialogue for the Asia-Pacific region. U.S. Secretary of Defense James Mattis will attend the Dialogue.

Wednesday’s FONOP also comes weeks after the New York Times and other publications reported that U.S. Pacific Command requests to carry out such operations had been denied by the White House, which presumably sought Chinese goodwill over the North Korean issue.

China has strongly protested U.S. FONOPs in the South China Sea in the past. Beijing claims nearly the entirety of the South China Sea under its capacious nine-dash line claim. Last year, in July, a five-judge tribunal at the Permanent Court of Arbitration in the Hague found China’s claims in the area to be invalid under international law, including the United Nations Convention on the Law of the Sea (UNCLOS).

Beijing nevertheless cites U.S. FONOPs as an example of the United States militarizing the South China Sea. While the U.S. Navy has increased its presence operations in the South China Sea through 2016 and 2017, U.S. FONOPs have always received outsized press coverage due to the reactions they elicit from China, but also because they test China’s conception of the maritime space near its artificial islands.

The United States has tested the airspace around these man-made islands as well, with surveillance aircraft, bombers, and fighter jets alike receiving warnings from Chinese People’s Liberation Army personnel stationed on the ground.

Wednesday’s FONOP comes after a break of 214 days — the longest break between two such operations since the Obama administration ordered the USS Lassen to sail within 12 nautical miles of Subi Reef and other features in the Spratly Islands in the first FONOP near a Chinese artificial island. In that time, however, U.S. Navy vessels and U.S. military aircraft have carried out regular patrols in the South China Sea.

Critics of the U.S. freedom of navigation program have argued that the non-regular pace of the operations has led to them acquiring outsized importance in the overall picture of not only U.S.-China relations, but also with regard to the U.S. Navy’s presence in the South China Sea.

The U.S. Navy does not conceive of FONOPs as a deterrent tool, but as a measure for legal signaling. Each operation is conducted with careful legal reasoning behind it. Even in the South China Sea, Washington does not single out China-held features for FONOPs. Since the 2015 operation by the USS Lassen, all other South China Sea claimants — including U.S. ally, the Philippines — have had their excessive maritime claims tested by the United States as well.

Mischief Reef, in particular, presents a particularly interesting first choice of FONOP for the Trump administration. As I argued back in 2015, shortly after the Lassen operation, Mischief Reef represents an opportunity for the U.S. Navy to conduct a high-seas assertion FONOP instead of an innocent passage operation like all other South China Sea FONOPs since October 2015.

Critically, Mischief Reef was found by last year’s arbitral tribunal to be a low-tide elevation, which, under international law, gives it no entitlement to any exclusive maritime zone like a territorial sea except a 500 meter safety zone. Last July’s arbitral tribunal award also found Mischief Reef to be part of the Philippines’ continental shelf. 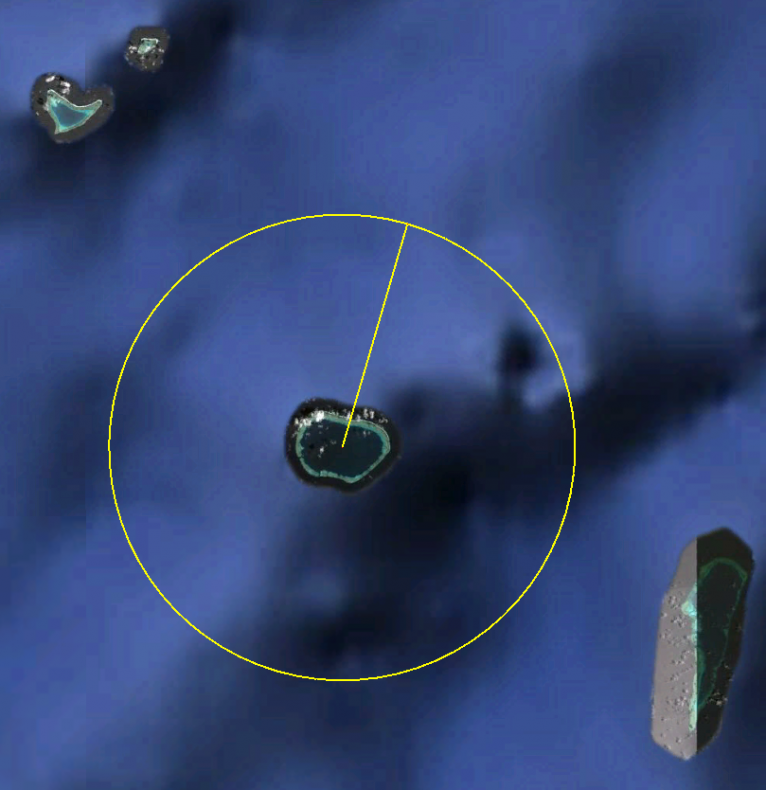 While other features, like Subi Reef, where the U.S. has conducted a FONOP, and Hughes Reef, share this attribute with Mischief Reef, the latter is unique in that it is not within 12 nautical miles of another feature which could possibly be entitled to a territorial sea. (Indeed, Subi Reef’s proximity to the unoccupied Sandy Cay is precisely what prevented the Lassen from confidently conducting a high seas assertion operation; last year’s arbitral tribunal decision, in paragraph 369, found Sandy Cay to be a “high-water” rock capable of generating a 12 nautical mile territorial sea.)

The difference between a high seas FONOP and an innocent passage FONOP is not an academic distinction. In the former case, a military vessel would have to specifically operate in a manner not consistent with Article 19 of UNCLOS, which delineates a range of activities that are lawfully permitted for foreign vessels exercising innocent passage within the rightful territorial sea of a coastal state.

An explicit high seas assertion could include the vessel undertaking a range of activities, ranging from overt military actions like a live-fire exercise to the activation of fire control radars or even the launching of ship-based aircraft, helicopters, or drones.

By contrast, should it emerge that the Dewey complied with innocent passage requirements to protest Chinese prior notification requirements within 12 miles of Mischief Reef, Beijing’s excessive claim may be strengthened as the operation could be interpreted to tacitly cede a territorial sea entitlement.

Unfortunately, given what has been reported on the USS Dewey‘s operation so far, these details are sparse and likely will be unknown for some time. The U.S. Department of Defense is reportedly not intending to publicize the details of this operation until its Fiscal Year 2017 Freedom of Navigation report comes due next year.

The official Chinese reaction to Wednesday’s operation could offer clues, however. If the U.S. vessel did carry out activities permitted on the high seas, but not within a territorial sea in an obvious way, Beijing would likely be inclined to react with stronger rhetoric than it has in the past.

Beijing’s reaction, however, may be moderated by its overall approach to the Trump administration. In fact, apart from Wednesday’s FONOP, the administration has been remarkably silent on the South China Sea issue despite a degree of attention during the presidential transition period.

Following Chinese President Xi Jinping’s meeting with Trump in April, relations between the U.S. and China have been progressing relatively smoothly. A sharp Chinese reaction to a high seas assertion FONOP could disrupt that momentum. Beijing’s reaction may intensify too, depending especially on how Mattis chooses to frame questions around the South China Sea at the Shangri-La Dialogue next week.

Apart from the first operation by the Lassen in October 2015, the October 2016 operation by the USS Decatur, and the Dewey‘s operation on Wednesday, the United States conducted two other freedom of navigation operations in 2016 in the South China Sea. On January 30, 2016, the USS Curtis Wilbur sailed within 12 nautical miles of Triton Island, challenging prior notification requirements for innocent passage. On May 10, 2016, the USS William P. Lawrence sailed within 12 nautical miles of Fiery Cross Reef and other features in the Spratly group.

It was the third freedom of navigation operation conducted during the presidency of Donald Trump.

Are France and the UK Here to Stay in the South China Sea?

Are the French and British navies here to stay in the South China Sea?

The United States continues to highlight Chinese rule-breaking in the South China Sea.

The Trump administration has accepted a higher pace of freedom of navigation operations in the South China Sea.