As China and India enter the seventh week of their military stand-off in Doklam, both countries are putting forward facts and treaties to make their case. But neither has acknowledged the mutually shared histories of trade and commerce across their borderlands, routes that used to connect Leh to Lhasa and Lhasa to Kalimpong. The Radhu family’s story is one of the forgotten aspects of Himalayan trade; the semantics of the current stand-off do everything to preclude claims by the diverse ethnic communities that once traded between historical Tibet and India.

Abdul Wahid Radhu was the last of the generation who could freely traverse the borderlands from Ladakh to Lhasa and from Lhasa to Kalimpong in India. Radhu was a scion of a wealthy Tibetan Muslim trading family based in Ladakh and Lhasa. In a recent reprint of Radhu’s memoir, the world of Himalayan trade comes to life; a world that had existed up until the occupation of Tibet by the People’s Republic of China (PRC) in the 1960s. This is a history of cross-cultural exchange carried out by Tibetan, Ladakhi, Sikkimese, Bhutanese, Uyghur, Nepali, Indian, and Chinese traders across the vast sways of Inner Asia.

This is not just a multiethnic history but also a multi-religious one, including Tibetan Muslim traders, who were the pioneers of trade on trans-Himalayan highways. The trading communities of Muslim heritage in Ladakh were known as Akhon Pa, which is a reference made in Ladakhi villages to mullahs or religious teachers of Islam. In his memoir, Abdul Wahid Radhu recounts leading the biannual Lopchak trading mission between the kingdom of Ladakh and historical Tibet. This mission brought merchandise from various Central Asian markets to Lhasa and made offerings to the Dalai Lama for his support of this trade.

Doklam, the region currently hosting the standoff between China and India, was part of this rich history of trade. Doklam is in the Dromo region and sits at the heart of Chumbi Valley. It historically had three trading agencies: Yatung, Gyantse, and Gartok set up by the British in Southern Tibet.

Yatung Trading Center is the closest to the Doklam region where the current conflict is playing out. This trading center, before the PRC occupation of Tibet, was a nodal point for the caravan traders traveling between Lhasa and Kalimpong. The Indian government owned a building at this location, with a substantial staff of Tibetan and Indian heritage, who were expelled from the building after the occupation. Claude Arpi’s documentation of the affair has clarified that the PRC had agreed in 1958 to let India maintain this building via a lease from the Chinese side. The PRC later changed its position and ended India’s access to the Yatung Trade Agency in Chumbi valley. After Indian officials were asked to leave this agency, Indian trade agent J.S. Jangpani reported that instructions were given to the local Tibetan families to mistreat any Indian traders that they came across and remind them that Chinese army is ready to counter any challenge that the collaboration between United States and India could pose. 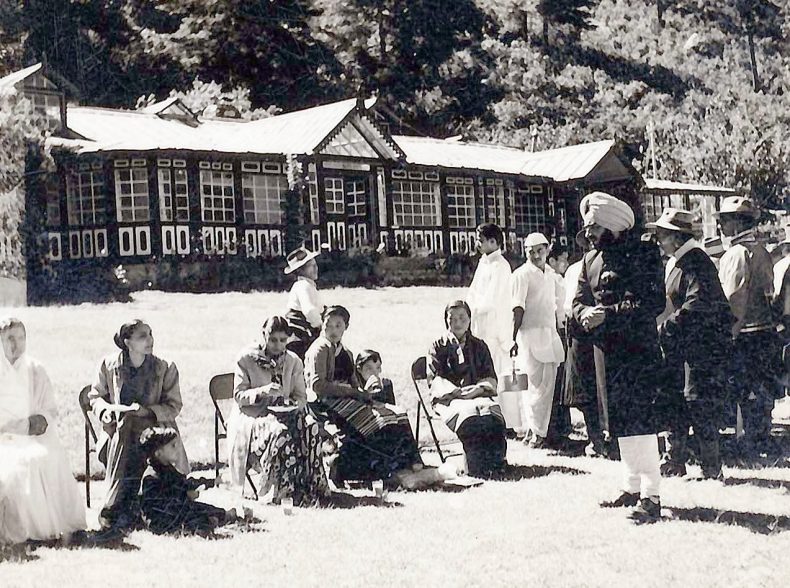 On March 11, 1963, China’s Ministry of Foreign Affairs blamed the Indian officers who had passed through Yatung on their way from Beijing to India for destroying parts of their own trading agency’s building. India’s Ministry of External Affairs denied any such act and blamed the local Chinese authorities for inciting local community to attack the agency building. India was never able to pursue any claims to this property in Chumbi Valley, bringing to an end a long history of trade and cultural exchange. A vague idea of borders began to emerge and people forgot about the ancient super highway of the Himalayas.

Yet the remnants of this history are spread across the eastern Himalayas, if one knows where to look. Hotels and tour agencies in Sikkim and the Darjeeling region named “Yatung Hotel” or “Yatung Tours” remind visitors about it. The city of Kalimpong has multiple remnants of that era; the offices of trading corporations that used to function in Kalimpong are falling apart, but they testify to critical histories of trade and culture in the Himalayas.

The Yatung affair between China and India has important parallels to the current Doklam stand-off. From a historical perspective, it can be argued that the crisis in Doklam has been incubating for decades. Both countries have never been able to fully acknowledge the historically porous nature of this border, or acknowledge the existence of communities who used to live and trade through these lands. Buddhist and Muslim Tibetans have a long shared history of cultural and religious exchange, but both communities now live in exile across the Himalayas.

If the PRC wants to imbibe the ideals of trade and commerce with its One Belt, One Road plan, it would need to revisit the networks that used to connect people across the trans-Himalayan world. It is the mobility of people that made ancient trade possible across the Himalayas, and not a showcase of military strength.

Aadil Brar is a National Geographic Young Explorer fellow based in Gangtok, Sikkim.

Is a China-India ‘Reset’ in the Cards?

The 2018 Wuhan meeting cannot reset China-India relations in the way the 1988 Gandhi-Deng summit did.

Is India sacrificing Tibet to improve a frosty relationship with China?

Northeast India could be Bhutan's new gateway to the world.

The country's political landscape is in a state of high flux as it moves toward next year's general election.