Victor Robert Lee writes on the Asia-Pacific region and is the author of the well-received espionage novel Performance Anomalies. He is perhaps best known to readers of The Diplomat for his very popular series of articles built around satellite imagery showing China’s island building program. His writing on the region has been widely cited in major news outlets. He recently spoke with The Diplomat’s editor James Pach about the tensions in the South China Sea.

In January 2013, your article “The Last Empire Expands” was published in Medium.com. In the article, you called Beijing’s “territory grab” in the South China Sea an imperial move. Do you still hold the view that China is the last empire?

Yes, and the closing sentence of that article is unfortunately pertinent today: “It is time to see the Beijing Empire for what it is: A hegemon that has been emboldened by America’s folly and is expanding.” Beijing’s ongoing annexation (no other word for it) of the South China Sea is the largest territorial grab since the expansion of the Soviet and Japanese empires. And Beijing has tightened its grip on restive Xinjiang and the Tibetan regions, flooding them with Han migrants and turning them into virtual police states. It is also pushing against India on its Himalayan borders. So “empire” is appropriate. China even has a self-anointed emperor, Xi Jinping, who holds absolute power and is assiduously building his own cult of personality. I think kowtowers like David Cameron and Mark Zuckerberg will come to regret their fawning.

Nearly three years on, how do you feel the situation in the South China Sea has evolved?

The good news is there is now recognition of what China has been doing. The bad news is that Beijing holds most of the cards and its position is strengthening as its economy grows, despite hiccups, and its military, especially the navy, rapidly strengthens. Submarines, destroyers, frigates and other vessels are being built at a fast clip, along with port expansions, and it has new missile capabilities that will change the conduct of naval warfare. This has created a regional arms race of sorts, with Indonesia, Malaysia, the Philippines, Taiwan and Vietnam beginning to bulk up, but apart from Vietnam’s new kilo-class submarines, they are blips on the screen compared to the PLA/N. 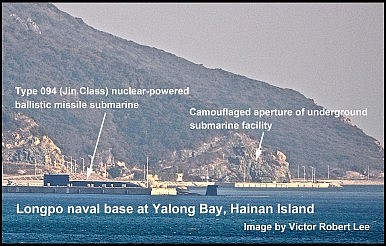 Don’t forget Beijing’s unremitting goal of reacquiring Taiwan. With the island bases China is building, the PLA/N may be able to lock down the South China Sea when & if it chooses, for example to prevent a U.S. fleet from moving from the Indian Ocean to assist Taiwan in the event Beijing launches an invasion.

Under Xi, the Chinese Communist Party has also doubled-down on the nationalistic story line for public consumption that the South China Sea is the country’s sovereign territory; many CCTV programs have amplified this message and now Beijing is employing phrases like “we would not be able to face our forefathers and ancestors” if China did not enforce sovereignty over the region, and the sea was “left to us by our ancestors.” In a country with a long history of ancestor worship, that doesn’t leave much room for Xi to back down. 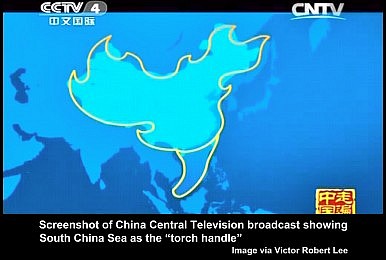 The USS Lassen’s sail-by at Subi Reef was too late in coming. If new reports are true – that it transited under “innocent passage” rather than freely maneuvering on the high seas without acquiescence to a purported 12-nautical-mile territory – then the U.S. screwed up and did more damage to its cause than good. If so, the Japanese and Australian navies can be forgiven for thinking “with friends like these…” But joint naval exercises in the region are one of the few means of push-back.

The Philippines is doing what it can through its legal case, but any results will just be swatted away because Xi Jinping has led China back to Mao’s dictum that political power grows out of the barrel of a gun.

You have published with us a very popular series of articles that use commercially available satellite imagery (which you sourced yourself) to show China’s land reclamation in the South China Sea. Can you tell us how those articles came about?

The word “reclamation” is a widely used misnomer that would make Orwell shudder. It suggests land was there before. China is not reclaiming land – it is manufacturing islands by dumping massive quantities of sand and coral cuttings on top of reefs.

I’ve done aerial photography in the past, and a while back I tried to find pilots I could hire in the Philippines to fly me over the Spratlys and Scarborough Shoal. But the pilots were too skittish, even a few years ago, because of fear of China’s military. That in itself was a red flag for the region. So I turned to satellite imagery.

Luckily, last year the U.S. government relaxed restrictions on private use of high-resolution satellite images, so that has helped. And there are some good commercial providers; in talking with people at the U.S. National Geospatial-Intelligence Agency I was surprised by how much they depend on the same sources. Higher resolution and more frequent imaging are on the horizon as well.

One more thought on satellite images of the South China Sea: several major news organizations regularly post out-of-date images to accompany their reporting. These old images show a few dredgers, some sediment pipes and mounds of sand on the edge of a reef – which wholly under-represents the current scale and extent of China’s island building.

You’ve noted that Indonesia is being dragged into the South China Sea disputes, via the Natuna Islands, which both Indonesia and China claim. Do you see Indonesia potentially altering the equation in the region at all? At some point, do the diplomatic costs become too high for Beijing?

Beijing has maintained an ambiguity regarding the boundary of its claims in the Natuna region – just as it has across the South China Sea. But Indonesia has become sufficiently alarmed that its defense minister announced two months ago that the air base at Ranai, Natuna Island, would be enlarged to accommodate jet fighters and a naval port would be improved. The Malaysian government, which has largely been silent on South China Sea issues, has changed tack and voiced concerns. Fishermen in Sarawak, Malaysia, are now openly complaining about being chased by Chinese vessels from nearby shoals.

But so far these don’t add up to much pressure vis-à-vis China, diplomatic or otherwise, and I don’t see much coming from these quarters in the future, unless as part of a coordinated effort with other nations of the region.

You’ve also written a novel about espionage, Performance Anomalies, in which much of the action takes place in Kazakhstan, a country where you have spent considerable time. There are suggestions that in the post Nazarbayev era Kazakhstan may move further down the path towards democracy. Is that how you see the country’s future?

In September Nazarbayev issued a decree that made his daughter Dariga deputy prime minister. That doesn’t suggest a transition to real democracy. Nazarbayev probably looks around his neighborhood, at China, Russia, Iran, even Turkey, and sees one-man rule as the model, not democracy. But the appearance of democracy is useful to him.

Central Asia is becoming a fascinating focus of Russian (mainly military) and Chinese (mainly economic) influence, at a time of considerable warmth between Moscow and Beijing. How do you see the Great Game playing out in the region?

In the short run, the Soviet legacy and lingering language affinity bind the five countries of Central Asia to Russia. Nonetheless, Nazarbayev, head of Kazakhstan, a sprawling country that still has plenty of Russian citizens, was likely spooked by Ukraine, and doesn’t want to be Putinized. In the long run, when you see the endless lines of trucks crossing the Kyrgyzstan-China border at Irkeshtam or the sophisticated transport lines being built from China into Kazakhstan, you have to bet on China’s influence, even though there is local resistance to it. The U.S. and Japan will flit in and out as they have this past week – both John Kerry and Shinzo Abe were there – but they’ve never had much staying power in the region.

Finally, should we be on the lookout for more fiction or non-fiction from you?

In the best of worlds, Xi Jinping will abandon his imperial ambitions, the South China Sea will soon quiet down, and I’ll have more time for fiction. Unlikely.

The FONOP is the first to take place since a July ruling on China's claims in the South China Sea.

A third stand-off between Indonesian authorities and Chinese fishermen highlights rising tensions in the Natuna Sea.

After Natuna Incident, South China Sea Tensions Likely to Get Worse Before They Get Better

Bold action by a Chinese coast guard vessel to retrieve a fishing vessel has led to a major incident between Jakarta and Beijing.