Saturday’s launch was carried out at Kusong and the missile flew 500 km east, into the Sea of Japan. Late on Sunday, South Korea’s Joint Chiefs of Staff clarified in the South Korean press that the observed apogee of the missile was around 550 km, suggesting that it wasn’t a Musudan (Hwasong-10) intermediate-range ballistic missile. Last year’s only successful test of the Musudan, in June, saw a flight range of 400 km at a lofted trajectory with an apogee of 1,400 kilometers. North Korea lofted its Pukkuksong-2 as well, shortening the missile’s range for the test. (Lofting just refers to firing the ballistic projectile at a sharper angle, to reduce range; fired at full range, the Pukkuksong-2 could have entered Japan’s exclusive economic zone.)

According to North Korea’s KCNA news agency, Sunday’s launch “test-fire proved the reliability and security of the surface launch system and starting feature of the high thrust solid fuel-powered engine and reconfirmed the guidance and control features of ballistic missile during its active flight and working feature of high thrust solid fuel- powered engines and those of separation at the stages.” Confirming the lofted trajectory, KCNA noted that the “test-fire was conducted by the high-angle launching method instead of firing range, taking the security of the neighboring countries into consideration.”

The Pukkuksong-2 test, like with last August’s test of the Pukkuksong-1 SLBM, also showed off solid fuel propulsion at work after a canistered cold launch. “Going from liquid to solid fuel is like when the Navy moved on from steam-powered ships,” Jeffrey Lewis, director of the East Asia Non-Proliferation Program at the James Martin Center for Non-Proliferation Studies, told me. “Solid fueled missiles can be fire much more quickly and require far fewer support vehicles that might give away their position,” Lewis added. “A land-based KN-11 is significantly more threatening than a liquid-fueled Nodong of similar range.” 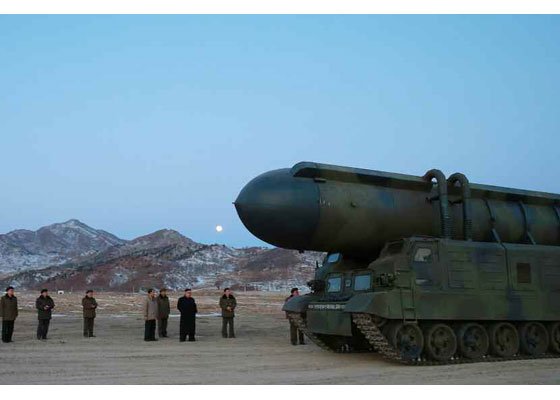 While the missile itself is an interesting development in North Korea’s capabilities, the transporter erector launcher (TEL) seen on Sunday is also of note. North Korea has, for the first time, used a TEL with off-road-capable treads to launch what will eventually be a nuclear-tipped ballistic missile. This is important because it suggests that North Korea is getting quite serious about improving the survivability of its road-based launchers. According to the CIA World Factbook, North Korea has just 724 km of paved roads compared to 24,830 km of unpaved roads across its entire territory.

Though road-mobile missile launchers present some survivability advantages even without being capable of firing on unpaved roads or even off-road, in North Korea’s case, the difference is quite stark. Pyongyang’s existing 12-wheel TELs for its Musudan missiles, for example, require mostly finished roads to safely transport and fire their missiles. 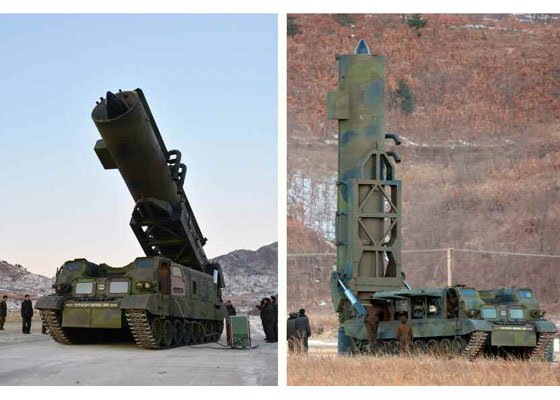 An off-road-capable TEL will make it significantly difficult for the United States and South Korea to locate and destroy North Korean launchers in the event of a preemptive attack for example. Given North Korea’s intensifying fear of a disarming first strike by the U.S.-South Korea alliance — something that it regularly claims, for example, is the purpose of the large springtime Key Resolve/Foal Eagle exercises — the focus on improving survivability is unsurprising. As Lewis additionally notes, Sunday’s test is also a “step toward solid-fueled ICBMs” out of North Korea.

Combined with the shift to solid fuel, off-road TELs demonstrate that just as the KN-11 SLBM is designed to improve the overall survivability of North Korea’s nuclear deterrent, North Korea’s land-based systems are eventually getting there. As the Trump administration carries out its ongoing policy review of the North Korean problem, where it may weigh the realism of a disarming first strike before North Korea progresses to an operational and reliable ICBM, these factors should no doubt be a consideration.

North Korea is quickly increasing its flexibility with its SLBM and its land-based solid fuel options, ensuring that any preemptive strike is unlikely to be totally disarming, giving it the ability to strike South Korea or U.S. bases in the Pacific with a nuclear warhead. Even as the United States focuses on the threat of a North Korean ICBM, which may loom around the corner, these developments merit serious attention.

North Korea introduces a new "ultra-precision" Scud variant. What good is it?

The meeting marks the highest level contact between the two countries since the Singapore Summit in June.

US Intelligence: North Korea Is Continuing to Produce ICBMs

North Korean production of at least one Hwasong-15 ICBM has been detected by U.S. intelligence agencies.